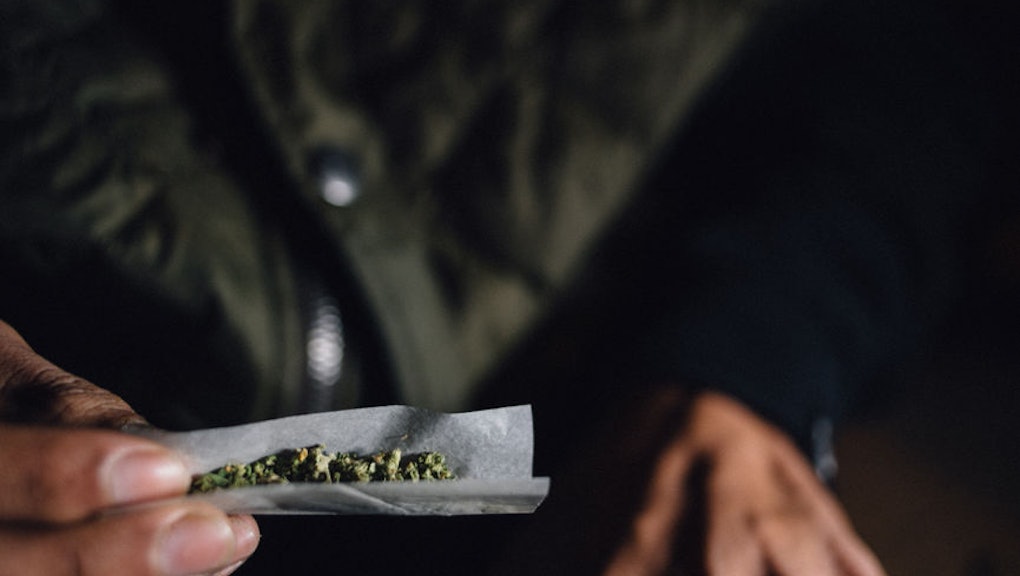 When marijuana is officially decriminalized in the state of Illinois on January 1, 2020, the state will still have many outdated convictions for possession of the drug on their criminal record. In order to fix that, Cook County, Illinois — home to Chicago — is turning to technology. According to the Chicago Tribune, prosecutors in the state's most populous county will use an algorithm provided by Code for America to automatically expunge marijuana charges affecting tens of thousands of people.

Here's how the system will work: Prosecutors in the state of Illinois — though responsible for first convicting many of the state's residents of a crime that is no longer on the books — will use Code for America's "Clear My Record" technology to automatically sift through the county's data to identify records that are eligible to be wiped clean. In the case of Cook County, the algorithm will seek out every case of a person convicted of possessing 30 grams of marijuana (just over one ounce) or less — the legal limit for possession established under the Illinois Cannabis Regulation and Tax Act. The algorithm will also be used to seek out people charged with possession of up to 500 grams (about 17.6 ounces), but they will have to petition to have their records fully cleared. Once the program spots records that are able to be expunged, it automates the paperwork process for prosecutors so they can quickly submit the necessary documents to judges and have the convictions thrown out. It will require no effort on the part of the person charged, they will simply receive a letter from the Circuit Court clerk's office informing them that the charge has been tossed.

For people who have marijuana possession charges sitting on their criminal record, this is a big deal. Those convictions come up every time someone runs a background check on them. That means when they apply for a job or are seeking housing, their prospective employer or landlord sees the charge. Even relatively minor charges like marijuana possession can have a decidedly negative effect on a person's prospects. A study conducted by Northwestern University found that men who reported criminal convictions on their job applications were about 50 percent less likely to receive a callback or a job offer than those with no charge on their record. That disparity grows even larger for people of color — a finding that is supported by a similar experiment conducted by Arizona State University that found black and Hispanic men were less likely to receive responses from employers when they had a criminal charge on their record than their white counterparts. A National Institutes of Justice report found that “any arrest during one’s life diminishes job prospects more than any other employment-related stigma.”

The disparity in criminal charges, especially for drug possession, has been a major issue for Illinois and Cook County, in particular. A report in 2000 found that 90 percent of drug offenders Illinois prisons were African American, the highest rate in the nation. While incarceration rates have been on a steep decline for the state, the American Civil Liberties Union reported this year that Illinois still has one of the worst racial disparities despite a smaller prison population. Even as drug charges have dwindled in Cook County and Chicago as the state has moved toward decriminalization, it is predominately people of color who are charged with possession, per the Chicago-Sun Times.

The effects of a criminal charge are far more widespread than just creating barriers to employment. A Center for American Progress (CAP) report on the consequences of criminal records found that having a charge can not only harm a person's job prospects, but can make finding stable housing more challenging. Four out of five landlords use criminal background checks and, in many cases, will use charges on a person's record to deny housing, according to the report — a decision that not only has repercussions for the individual but for anyone else who may live with them, including partners or children. CAP also found that 66 percent of colleges and universities use criminal background checks on students and their families, and a drug conviction can result in them being barred from receiving grants for furthering their education.

Those consequences are made all the more unfortunate when you learn that getting rid of a criminal conviction — even one that is for something that is no longer illegal, like possession of marijuana in the state of Illinois — is a confusing and time-consuming task. In most states, the process requires filing a motion with the court in order to request a charge be expunged from your record. Navigating the legal documents necessary to do this can sometimes require legal expertise, and hiring a lawyer is not cheap. Once a motion is filed, it may require the petitioner to show up for a hearing or be summoned to court in order to provide details on the conviction. That, too, may require a lawyer to be present for the hearing. It is estimated that the cost of getting a single charge dropped from a person's record can cost anywhere from $400 to more than $4,000, depending on how much legal help is required. That doesn't even account for potentially lost wages associated with mandatory court appearances that require the person to take time off of work to attend. That's all the more frustrating when you remember that all of that money and time is being spent to get rid of a thing that shouldn't be adversely affecting the person's livelihood in the first place.

Code for America's Clear My Record technology will hopefully start to ease the burden associated with getting rid of these charges. The technology has already been piloted in California, where it has been used to dismiss more than 75,000 marijuana possession charges. Code for America stated that its goal is to clear the convictions of more than 250,000 people by the end of 2019.