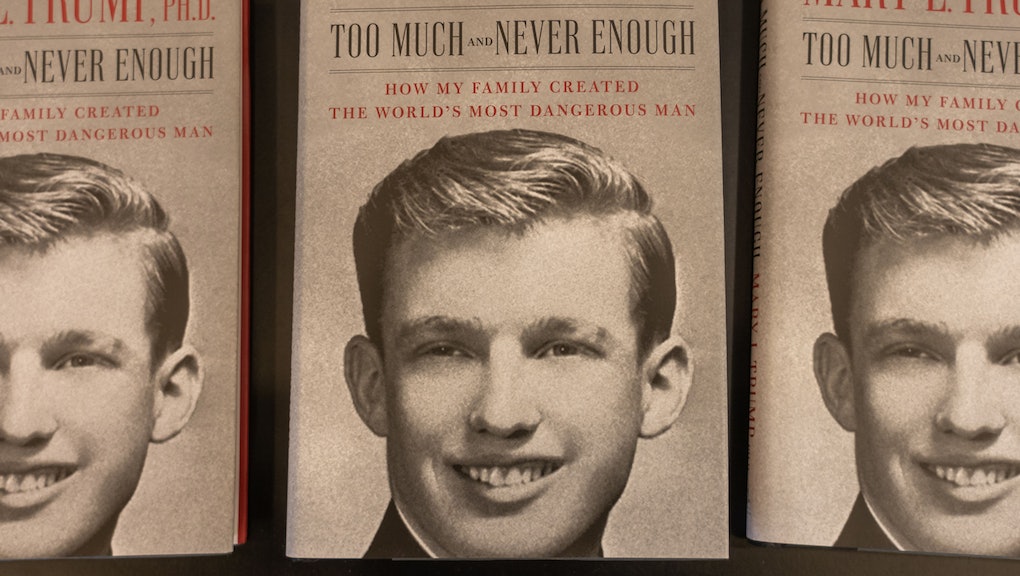 The tell-all memoir penned by President Donald Trump’s niece, Too Much and Never Enough, is a certified blockbuster at this point. Publisher Simon & Schuster recently announced that Mary Trump’s book sold 1.35 million copies in its first week and is already on its 17th printing. On Wednesday night, Trump continued the press tour with an appearance on the Late Show with Stephen Colbert for an extended interview about her uncle’s psychological underpinnings, childhood, and ugly family secrets.

Colbert began soft, making sure she knew that his show was pretty unkind to the Trump family empire. Given, well, everything surrounding the book and its press tour...she didn’t mind! Probing her background in clinical psychology, Colbert tried to ask if Trump’s greater defects are broken beyond repair at this point. “Is there anything that could be done for the president to give him some sort of solace, which in some ways would be better for the rest of us,” Colbert asked her. “It’s an awful answer, and I hate saying it, but I think the answer is no,” Mary Trump said.. “Partially because it’s extremely difficult to help somebody who is not aware he needs help. I think at this point in his life, it would be impossible for Donald to admit to any kind of weakness or incapacity that needs to be addressed.”

Later in the interview, Colbert poked at the assertion in Trump’s book that her grandfather, Fred Trump Sr., was a “high-functioning sociopath” to see if she’d say the same for the president. His niece is careful not to ascribe any diagnosis without testing. “Donald has so many pathologies and they’re so complex,” she says. “Clearly, he’s comfortable doing heartless things...clearly he doesn’t seem to be interested in empathy. So I think it’s safe to say he demonstrates sociopathic tendencies. I think it’s safe to say he’s not high-functioning at all.”

While little of this may seem groundbreaking to anyone who’s been tuning in this past half-decade, Mary Trump’s greatest asset might be as someone with an inside understanding of the Succession family dynamic and gossip. She discusses the atmosphere of fear and expected retaliation for publishing the book, along with the impenetrable loyalty felt among her relatives. At one point, Colbert asks if she’s on an island in the family when it comes to recognizing Trump’s deficiencies. “They’re aware,” she said. “But they are all sort of tied together in ways that would make it impossible to breach what they would consider family loyalty. So none of them will ever say anything.”

The lengthy, far-ranging interview is worth checking out in its entirety on the Late Show YouTube channel. Meanwhile, her uncle extolled his own cognitive abilities in another Fox News interview on Wednesday night. The strained, Lynchian delivery of “person, woman, man, camera, TV," will be looping in my mind for a very long time.

More like this
20 years later, Stacey Abrams's first romance novels are finally being rereleased
By Kara Weisenstein
The creators of MF DOOM tribute comic on his legacy: "DOOM is pop culture"
By William E. Ketchum III
Caitlyn Jenner's campaign is off to a great start!
By Rafi Schwartz
Stay up to date