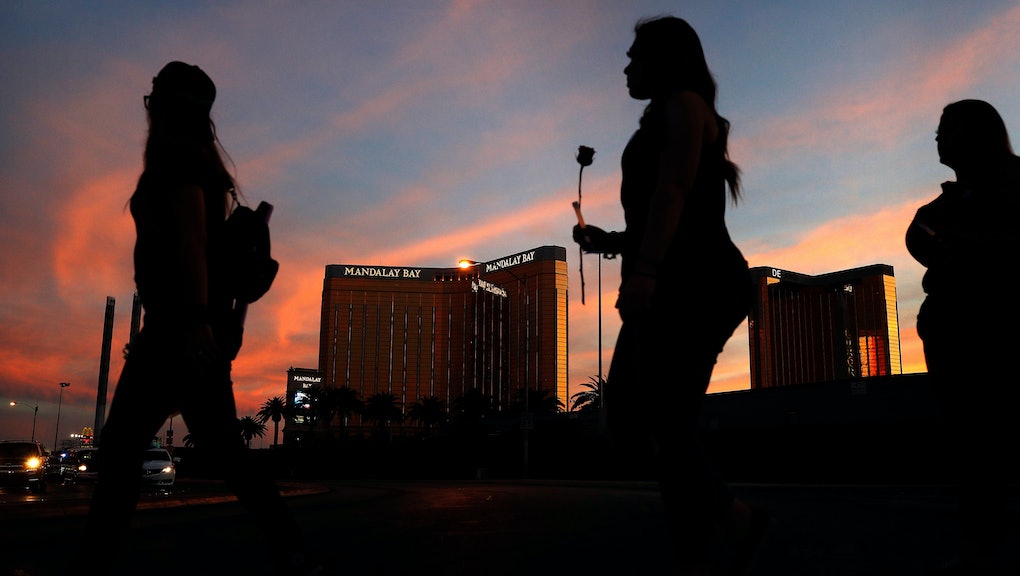 MGM Resorts International announced on Thursday that it will pay nearly $800 million to victims of the mass shooting at its Las Vegas hotel in October 2017 — exactly two years after the deadly attack claimed 58 lives and injured hundreds of other concertgoers at a country music festival.

The gunman opened fire on the crowd from his room on the 32nd floor of the Mandalay Bay hotel, owned by MGM, perpetuating the deadliest mass shooting in modern American history.

After shooting for more than ten minutes, the man inexplicably stopped firing and killed himself. Authorities never determined what prompted the attack, but MGM has been criticized for negligence, since he was able to stockpile guns and ammunition in his hotel room for almost a week without igniting suspicion.

The final payout to victims and their families is expected to be between $735 million and $800 million, depending on how many people affected by the shooting choose to participate. Police reported that more than 860 people were hurt in the attack, almost half by gunfire or shrapnel. Many more in the crowd of 22,000 festival attendees that day say they suffered psychological trauma. The stories that emerged in the days after the massacre are harrowing.

Last year, in response to the lawsuits leveled against the company, MGM sued the survivors right back, arguing it had “no liability of any kind,” due to an obscure federal law passed after September 11 which designated the Las Vegas shooting an “act of terrorism.” A security firm hired for the music festival also possessed a special designation from the Department of Homeland Security, which MGM argued shielded them from liability.

Either way, the settlement money won’t be catastrophic to the company’s bottom line. An MGM spokesperson said Thursday that it has insurance coverage up to $751 million. They added that the agreement does not include an admission of liability on the company’s behalf. It does, however, resolve all the pending litigation related to the Mandalay Bay shooting, on both sides.

“While nothing will be able to bring back the lives lost or undo the horrors so many suffered on that day, this settlement will provide fair compensation for thousands of victims and their families,” Robert Eglet, an attorney for the victims, said in a statement released by MGM.

More like this
Hollywood producer Scott Rudin allegedly "relished in the cruelty" of abusing staffers
By Kara Weisenstein
In an emotional statement, BTS opened up about the racism they’ve faced
By Kara Weisenstein
Why do mass shootings spawn conspiracy theories?
By Michael Rocque and Stephanie Kelley-Romano
Stay up to date