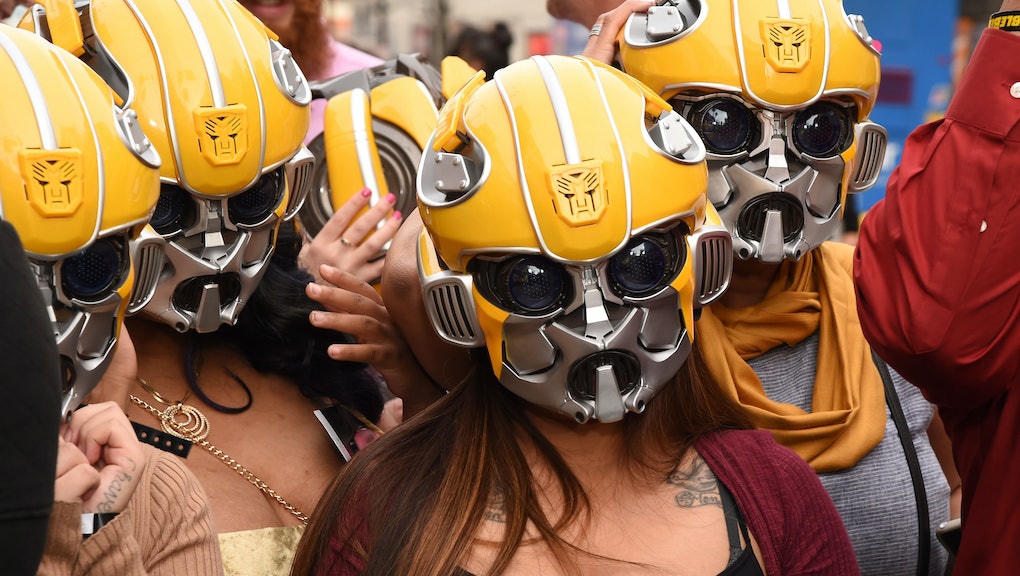 Although we may not be living in a full-fledged dystopia right now, there’s sure to be a number of upcoming pop culture events that imagine an even darker reality. It’s hard to believe the moviegoing public will want more exceedingly bleak reminders of the pandemic in the coming years, but Michael Bay is taking that chance.

According to a report from Deadline, Bay is set to co-produce a pandemic thriller called Songbird, in the lo-fi style of Cloverfield or Paranormal Activity that aims to somehow begin filming in five weeks. Directed by Adam Mason (Hulu’s Into the Dark) with Simon Boyes penning the screenplay, the film sounds terrifying and extremely within the realm of what might actually happen. Per Deadline: “It takes place two years in the future. The pandemic has not gone away. Lockdowns have been rolled back and then reinstated and it becomes even more serious as the virus continues to mutate.” Get him out of here!

Perhaps to finish the film before reality eclipses it, the filmmakers are surging ahead with remote training for the actors on how to shoot while socially distancing. Deadline notes that the Songbird team has run its plans by the guilds, which have given them the okay to film in a locked-down Los Angeles. Although initial reporting doesn’t detail if this will be filmed with characters separated via webcam, they’ll be kept apart throughout the shoot. “There will never be people in room [sic] together, and social distancing rules will be carefully followed,” reads the Deadline report. “Scenes will be shot after crew has come in to prep the shots, and there won’t be any scenes where actors engage face to face.”

This isn’t the only global pandemic entertainment coming our way soon. On Wednesday, Vanity Fair offered a first look into the new limited series adaptation of Stephen King’s The Stand, set to premiere on CBS All Access later this year. It’s obviously a bit different than Songbird’s pandemic vision, since this is adapting a beloved novel, was already in production as the pandemic swept the globe, and imagines a far more devastating plague that kills more than 99 percent of the population.

If this all sounds a bit morbid and on-the-nose to be watching right now, keep in mind that everyone rushed to stream Contagion and Outbreak right as this thing was getting started, so maybe they’re onto something! The instinct to have a crisis explained or clarified through art is never going away.

More like this
In 'Roadrunner,' Anthony Bourdain shows us the beauty of the mundane
By John Saward
Phoebe Bridgers and John Mulaney announced tour dates and the internet imploded
By Chloe Stillwell
Facebook is making emojis you can hear
By Chloe Stillwell
Stay up to date