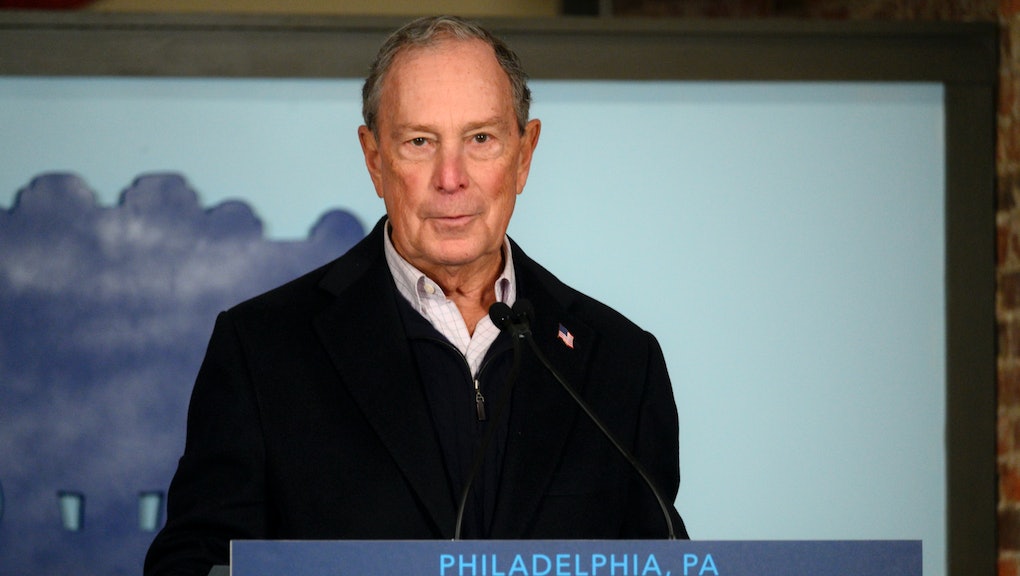 An expose from The Intercept revealed Bloomberg’s campaign hired ProCom, a call center company based in New Jersey. The company runs centers out of Oklahoma and New Jersey, the former being the location of two call centers stationed in state prisons. An anonymous source told The Intercept female prisoners at the minimum-security Dr. Eddie Warrior Correctional Center were making campaign calls to California.

Julie Wood, a Bloomberg spokesperson, confessed to working with ProCom but insisted the campaign did not know the company used inmate labor. She confirmed the campaign terminated the business relationship.

“We didn’t know about this and we never would have allowed it if we had,” said Wood. “We don’t believe in this practice and we’ve now ended our relationship with the subcontractor in question.”

Bloomberg also copped a plea in a separate statement, per Newsweek.

"We only learned about this when the reporter called us," Bloomberg said. "But as soon as we discovered which vendor's subcontractor had done this, we immediately ended our relationship with the company and the people who hired them."

Matt Elliott, a spokesperson for the State of Oklahoma Department of Corrections, told CBS News prospective clients hire prison labor for call centers through Oklahoma Correctional Industries. He believes these "excellent work opportunities," will arm inmates with skills they can use when they are released.

"Inmates can receive $1.45 an hour working for call centers, working eight hours a day, five days a week. Inmates may work additional hours but only with permission from the director of Oklahoma Correctional Industries," Elliott explained.

"We believe this type of work helps prepare inmates for release, and these public-private partnerships give them an idea of and training in what to expect in the workplace later."

The Department of Corrections website states inmates can make up to $20 a month but another document reviewed by The Intercept said $27.09 was the cap.

“The use of prison labor is the continued exploitation of people who are locked up, who really have virtually no other opportunities to have employment or make money other than the opportunities given to them by prison officials,” he told The Intercept.

Bloomberg announced he was running for president last month.

More like this
If "Today Is America" then what the hell is tomorrow?
By Rafi Schwartz
Wow, Donald Trump is actually following through on a threat to sue someone
By Rafi Schwartz
Trump's brilliant 2022 strategy is for Republicans to get into a messy intra-party fight
By Rafi Schwartz
Stay up to date