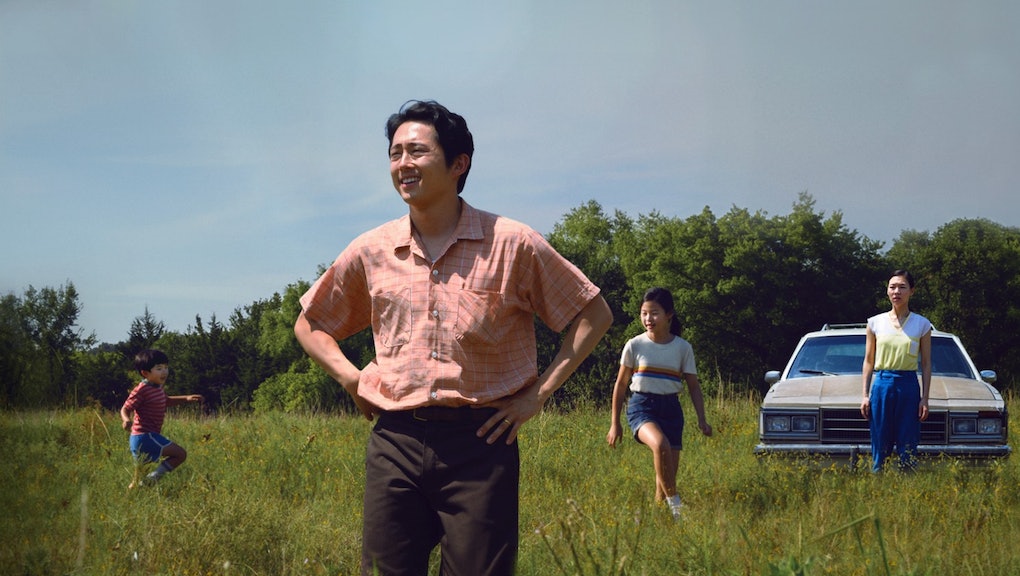 The years come and go, but the Golden Globes will always be on a bizarre, retrograde plane of their own. Last year, it was barring Lulu Wang’s The Farewell — an American, bilingual production — from Best Picture consideration. Despite the well-earned backlash over that decision, Variety confirms the Globes are rolling it back once again for Lee Isaac Chung’s Minari, locking another American-made A24 production out of Best Picture contention, because it’s largely in Korean.

As is the case when you double-down on the same poor decision again, the Globes’ call was met with even wider backlash for the upcoming Steven Yeun film. Lulu Wang, director of The Farewell, wrote that she has “not seen a more American film than Minari this year,” adding: “We really need to change these antiquated rules that characterize American as only English-speaking.”

The Globes’ idiosyncratic rules and regulations look a bit more like naked racism, once you consider the other exceptions in this scenario over the years. As some users pointed out, the same guidelines didn’t apply when Inglourious Basterds and Babel — two other multilingual, American films — were nominated or awarded in Best Picture — Drama. The implicit definition of “foreign” is ostensibly any film starring nonwhite actors — or bilingual films that don’t star Brad Pitt.

Not that it’s worth parsing logic from an awards' body that’s previously nominated Johnny Depp and Angelina Jolie’s widely reviled The Tourist for Best Picture, but the 2020 awards offered a bevy of the same contradictions. The same committee that kept The Farewell and all other foreign language films out of Best Picture also nominated Bong Joon-ho for Best Director, while limiting his Parasite from claiming the top award. In the case of Parasite, this didn’t hinder its chances at Oscar glory, but The Farewell had a harder time following up Awkwafina’s Best Actress — Musical or Comedy with any Oscar nominations.

Yeun and co-star Yeri Han will still be eligible in the drama lead acting categories, like Awkwafina, complicating the criteria for how individual performances are considered American enough while the film is not. Yeun nonetheless has an outside shot at a Best Actor Oscar nod, which would make him the first Asian-American performer to land himself in the category. In a Variety cover story published Wednesday, Yeun was palpably emotional when talking about the bittersweet distinction:

“It’s probably a bummer that that is the case. This is a hard one for me. As great as it would be to set a precedent or be part of a moment that breaks through a ceiling, I personally don’t want to be ensnared by that moment, either. The truth that I’m trying to understand for myself is who I am, individually,” Yeun says, getting choked up. “I’m happy to serve a larger moment for the community. And I’m happy to push narratives and show who we are because I am that, too. I am an Asian American and the pride I have for that is immense. But also, for me, it’s really about carrying my space and myself through this life and making sure that I tell it true from my perspective."

Parasite’s Oscar successes was one of the few warm surprises before everything went to hell this year, and you’d think that its history-making run might have inspired the Golden Globes to relax their rules delineating between outdated notions of “foreign” and American. But the Globes are always going to Globe.