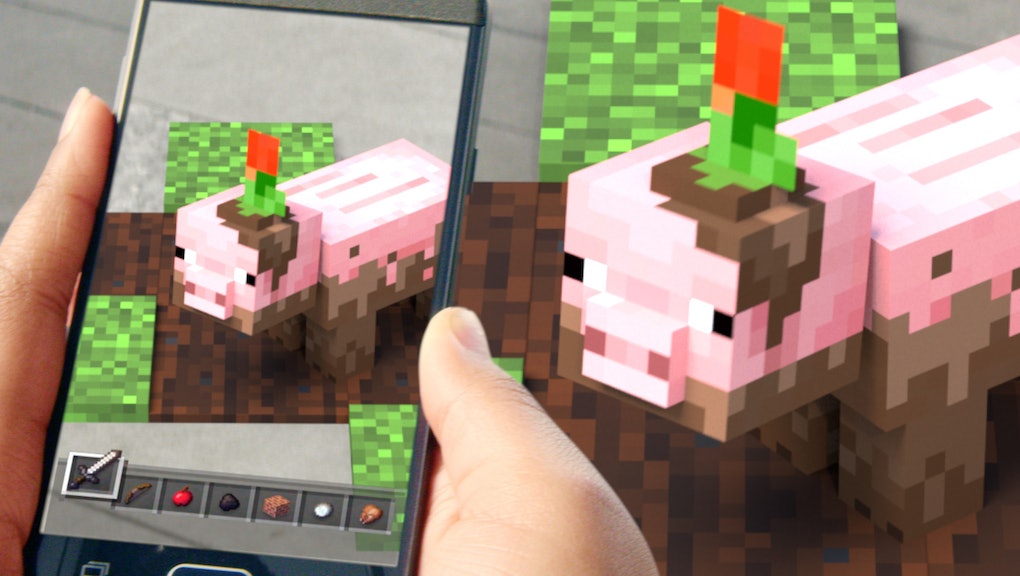 Pokémon GO took the world by storm in the summer of 2016 with millions of people downloading the app and exploring the world through their phones in an attempt to “Catch ‘em all.” Now, Microsoft’s highly popular online world-building game Minecraft, which has 91 million active monthly players, is hoping to take that experience to the next level by releasing the Minecraft Earth AR game this summer to celebrate the game’s 10th anniversary. The game is an augmented reality (AR) experience that uses a smartphone and its camera to overlay digital "holograms" on a user's screen that they can manipulate and interact with.

The maps are based on the Open Street Map platform which allows the game developers to map out where users can interact with the game’s “tapables” (think Pokéstops) where users can pick up new items and have “adventures” where users can interact with other players in a geographical area and engage in a variety of quests like monster battles or building challenges. Because the game is so integrated into real-time GPS and mapping data, friends can play side-by-side in a park and experience the same thing on each of their phones in real time, a level of coordinated play that goes beyond what’s possible in Pokémon GO and similar mobile AR games that have been released to date.

In addition to the groundbreaking multiplayer capabilities, Minecraft Earth’s developers have retained the core of the original game, enabling players to collect items, and build new structures and environments as they would from their desktop. However, they now have the option to place their creations at a geotagged point somewhere out in the real world, where they and other players will be able to interact with them.

“This allows people to build something pretty and share it with their friends,” Olafsson said. “It allows you to be inspired by other people’s craftsmanship.”

Given Minecraft's significant user base, it seems like we can expect another wave of gamers/digital explorers taking to the streets this summer. If you're looking to get in on the action, you can sign up to get notified when the beta version goes live in the coming months.