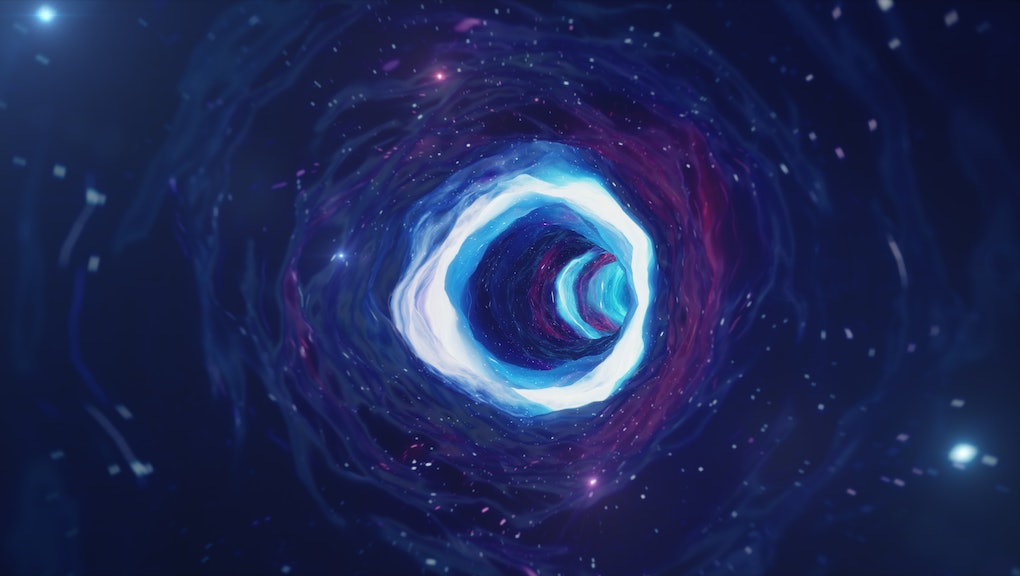 Black holes continue to confound and mystify researchers, and it looks like we've only scratched the surface as far as what there is to know about these strange objects. Now, there's another mysterious circumstance that's making Chinese scientists catch their heads. A group of researchers detected a stellar black hole (those that form after stars die, collapse, and then explode) in the Milky Way that's so large that it technically shouldn't be able to exist. Titled LB-1, the newly discovered black hole is about 15,000 light years away, and it's about 70 times the mass of our sun. It's been dubbed a "monster black hole," and it's changing what scientists thought they knew about the size limit for black holes in the first place.

Previously, researchers believed that the upper limit in size for stellar black holes was around 20 times the mass of our sun. LB-1 totally blows those numbers out of the water. And while LB-1 isn't the biggest black hole on record, it could be the largest of its kind. For instance, there's still the matter of Sagittarius A*, the supermassive black hole at the center of our galaxy, the Milky Way. It's 26,000 light years away, and while no one can see it without the aid of a powerful telescope, it's absolutely massive.

Sagittarius A* is around 2.6±0.2 million solar masses. Supermassive black holes, in contrast to stellar black holes, are formed after chain reactions of star collisions that result in cosmic buildup. Said buildup collapses to form "supermassive" holes, sometimes with unfathomable mass.

In a press release by way of the Chinese Academy of Sciences, scientists lined out their findings.

"Black holes of such mass should not even exist in our galaxy, according to most of the current models of stellar evolution," Liu Jifeng, leader of the team that made the discovery, said of LB-1. "LB-1 is twice as massive as what we thought possible. Now theorists will have to take up the challenge of explaining its formation."

Because of this highly unusual finding, the Chinese team has worked out a number of theories about what's behind LB-1's massive growth spurt, including the idea that it could be a "fallback supernova." These objects in space are born when a supernova, or the final stage of life for an exploding star, shoots out material during said explosion, and said material falls into the supernova itself. This creates a black hole.

Unfortunately, scientists have never been able to prove the existence of the creation of such a black hole. If this is the way LB-1 did come into being, its discovery is great news for scientists looking into how this particular object came together, as the hole itself could offer evidence and a direct look into how fallback supernovas form if that's indeed how it got here.

Scientists also suggested that perhaps LB-1 wasn't formed by the collapse of one star, but could be a cluster of two smaller black holes in one very tight space. Either way, its origins are completely entrancing, and scientists are looking to uncover additional details about it.

With the discovery of LB-1 on the board, researchers are doing their best to adapt their previous models of how black holes form to what they've learned from their latest finding.

"This discovery forces us to re-examine our models of how stellar-mass black holes form," David Reitze, physicist at the University of Florida, explained of LB-1's significance.

It just goes to show — we still know very, very little about black holes. It seems there's a new mystery every day. Luckily, we've got dogged researchers who are doing their best to solve them, so that one day we'll have unlocked the truth behind these bizarre objects...or at least, the beginning of it.