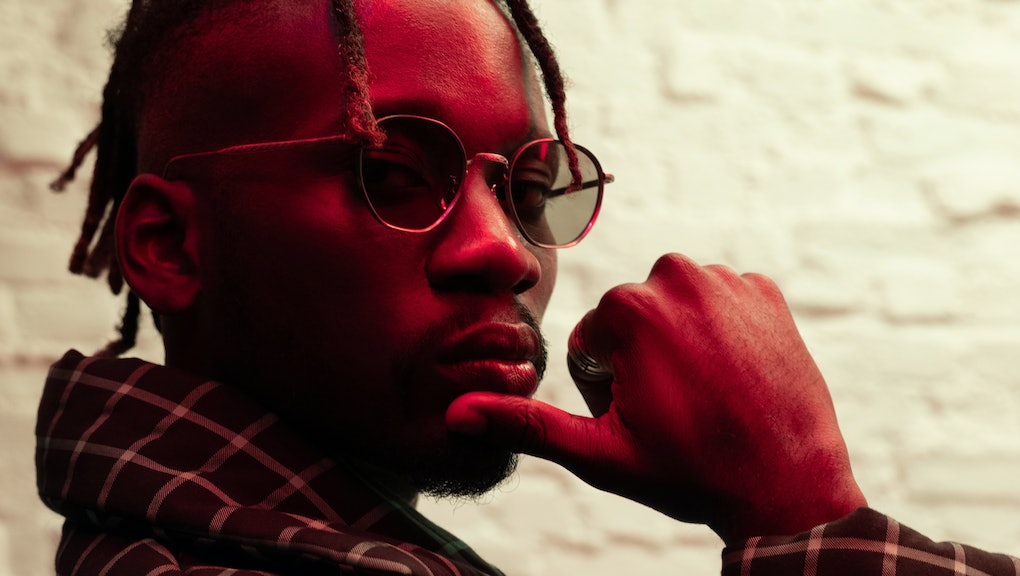 Mr. Eazi is laying the groundwork for a generation of independent African artists

The Nigerian musician Mr. Eazi is hardly ever in one place for long. When we get on a Zoom call for this interview, he's in Berlin. He mentions this while laughing as he recounts his frustration about being stuck in London for two months due to the lockdown caused by COVID-19. ‘‘I was almost going crazy in London because I wasn’t going anywhere,’’ Mr. Eazi tells me. He then makes his best impression of someone being strangled, before adding: ‘‘I was there for two months straight and that was the first time I was in one place for that long.’’

Mr. Eazi, born Oluwatosin Ajibade, says his restlessness goes back to his childhood. ‘‘My dad was in the Air Force, so when he got posted for work we had to move," he says. "We were always on the move."

Born in the oil-rich region of Port Harcourt, Eazi, now aged 29, moved to Ghana as a teenager to attend Kwame Nkrumah University of Science and Technology. After seven years in Accra, he moved to Lagos Nigeria, the largest city in all of Africa.

"I think what the takeaway from growing up on the move is that it made me appreciate Nigeria as well as people’s differences,’’ he says. It is this appreciation of various cultures that has made Mr. Eazi the artist he is today. The titles of his first two EPs: Accra to Lagos and Lagos to London are a testament to his constant movement as well as how these places influence his distinct sound: a fusion of Lagos afrobeats and Ghanian highlife — a fusion he pioneered and calls Banku sound.

African creatives should be able to retain economic and creative control of the content and culture that they create.

In 2017, Mr. Eazi released his first project, Life Is Eazi Vol 1: Accra to Lagos. It featured several Nigerian heavyweights: rappers Olamide, Falz, and Phyno, as well as singer Tekno. It also featured a number of Ghanaian artists. The award-winning singer Mugeez and Ghanaian hip-hop musician Medikal all make appearances. The record included the megahit "Leg Over," which launched Mr. Eazi, and his diverse sound, into the stratosphere. Since then, Mr. Eazi has become one of West Africa’s biggest musical exports. Only last year, he made his Coachella debut, appeared twice on the Beyoncé-curated Lion King album The Gift, and went on tour with J Balvin. This year, he appeared on Black Is King, released a collaboration with Major Lazer and Nicki Minaj, appeared on the cover of Billboard alongside Tiwa Savage and Davido, and still insists he is just getting started.

‘‘I am a Naija boy. Who was born in Port Harcourt, who grew up in Lagos, who spent seven years in Ghana. And who is now traveling the world.’’ Mr. Eazi tells me. ‘‘All I have to do is express myself and all of this will come out. In this song with Major Lazer and Nicki, once you hear it you just know this guy has been listening to dancehall when he was growing up."

Pan-African is a word often misused, especially when talking about artists on the African continent. But when you think about Mr. Eazi and his sound, it actually fits. As an artist, he doesn’t just acknowledge the differences between countries on the continent, but he celebrates and understands them on a ground level. As we talk, he mentions how the places he's lived come together to influence and shape not just his sound but also his approach and understanding of music.

"The opening line of the song — the first time I heard it was in Lagos because I am Nigerian. Then another line in the same song, you hear me saying 'yenko.' It’s Twi, that’s Ashanti language from Ghana," Eazi explains. "Whether I like it or not, when I get on the music it comes out. I can go from singing in Yoruba to Twi to Oga to Nigerian pidgin English because those are the things that inspire me, and those are the languages that I listened to. ’’

These experiences have also given Eazi inspiration in the form of his initiative emPawa. The project is simultaneously a charity and a means of investing in local talent. In 2018, 22-year-old Joeboy was one of the first of 100 recipients to earn a share of a $300,000 emPawa grant aimed at helping a new generation of African artists find mainstream success. Joeboy has now become one of the hottest and biggest artists in Nigeria at the moment, and Mr. Eazi’s emPawa played a role in making that happen.

‘‘Investing in African music is very thrilling for me,’’ Eazi says. ‘‘African creatives have been doing this forever but they and we need more creative entrepreneurs to invest and create the structure and do the groundwork to allow them truly come into themselves and achieve their full potential.’’

In July, Mr. Eazi announced the creation of the Africa Music Fund, a financial vehicle that will invest in African creatives to help them have creative as well as economic freedom. The fund was launched with a $20 million investment round with 88mph, a seed fund, and an accelerator joining as a lead investor.

‘‘AMF will give African creatives the ability to create content without worrying about the financial burdens of production,” Eazi says. ‘‘For the entertainment industry, Africa is sort of the last frontier to be explored. African creatives should be able to retain economic and creative control of the content and culture that they create.”

Eazi takes the process of helping uplift the next generation quite seriously. He sees every artist he's able to help with emPawa, and now AMF, as something close to kin.

‘‘As a creative, it is just so beautiful to see something start from nothing and watch it grow till it becomes something," he says. "That whole process is very special, it is like having a kid, I think. I have never had a kid but I imagine that's what it feels like.’’

More like this
8 shows like 'Ted Lasso' to watch if you need more feel-good TV
By Brandon Yu
Can't bear to be in a relationship right now? Blame de-cuffing season
By Suzannah Weiss
How to not be a jerk as restaurants reopen, according to servers
By Tracey Anne Duncan
Stay up to date