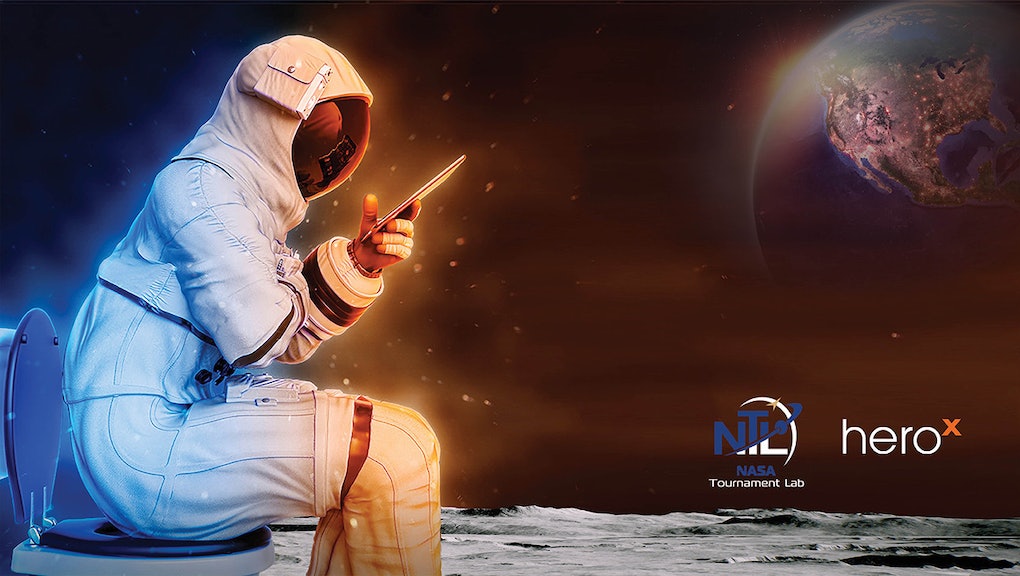 NASA asks public: how would you want to poop on the moon?

With Project Artemis, NASA is planning to put astronauts back to the moon by 2024. Parts of the trip will be groundbreaking, including having the first woman ever step foot on the lunar surface. Other parts of the mission will be slightly less exciting and a little more practical, like figuring out how the astronauts will use the toilet. To help with that task, NASA is introducing the Lunar Loo Challenge, which asks the public for ideas on how to build the perfect moon restroom.

To be clear, this isn't NASA's first foray into space pooping. Astronauts have been relieving themselves ever since they first left the Earth's orbit, but the available options for waste management have not always been all that impressive. During the Apollo missions, astronauts had no access to an actual toilet. Instead, they were left with a rubber tube that was described in NASA documents as an "external catheter." For poop, they were stuck aiming into a plastic bag that had a sticky ring around the rim that would attach to their bare cheeks. The situation has certainly improved over time, and astronauts aboard the International Space Station now enjoy two actual toilets, but they are far from luxurious thrones. The existing systems are suction based, which practically speaking means astronauts pee into a cup that sucks the urine into a hose for disposal or squat over a seat with a fan system that makes sure the poop ends up where it is intended to go.

Clearly there is room for improvement, which is why NASA is hoping the public can help. The agency's Lunar Loo Challenge seeks design concepts that will help it create smaller and more efficient toilets that will work both in the weightless microgravity of space and in lunar gravity, which is about one-sixth that of Earth's gravity. The toilet will need to be accessible for the 20 to 24 hour period that the lander will have to travel from lunar orbit to the surface of the moon. It will also be available during the six and a half days that the astronauts are scheduled to spend on the surface, though it might change in position and functionality depending on the gravity of the situation.

NASA has some very specific technical requirements for those thinking about getting into the toilet design game, including accounting for the needs of female astronauts and the potential that astronauts might get sick and not produce consistent waste. NASA will award extra credit to creators who come up with solutions to vomit removal that doesn't require astronauts to lean their head into the toilet.

Submissions into the Lunar Loo contest will be open until August 17 and handled by HeroX, a crowdsourcing platform that NASA has tapped to manage the contest. Winners will be announced on September 30 (a junior category for people under 18 years of age will announce its winners on October 20th), with the best designs getting up to $35,000 in prize money.