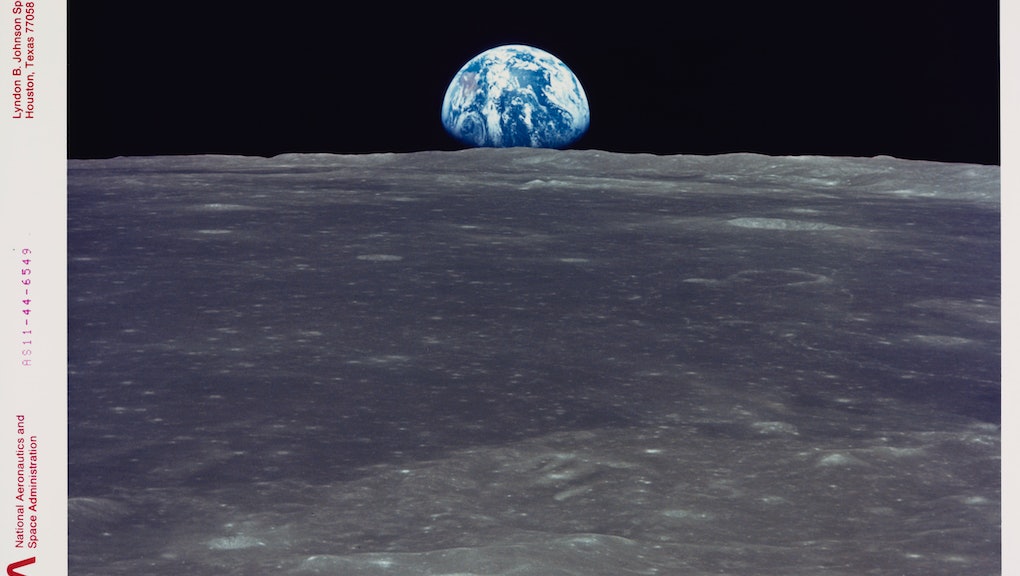 It's been 51 years since Neil Armstrong and Buzz Aldrin became the first men to visit the moon. Now, just over half a century later, NASA has a plan to once again send people to the natural satellite, this time to break another barrier. The government agency announced this weekend the details of its proposed $28 billion Artemis mission, which will not only mark humanity's return to the lunar destination, but will also be the first time a woman steps foot on the moon.

The Artemis plan will be the first time we've gone to the big white ball since 1972. Under the plan, NASA will undergo multiple missions to the moon, guided by a powerful new rocket and the Orion spacecraft. Early tests of the equipment to ensure its safety will occur later this year, with test flights expected to start in 2021. The first launch will be an unmanned mission. The second will be crewed, and is scheduled to take place in 2023.

The biggest, most groundbreaking part of the mission will take place in 2024, when NASA will place astronauts in the Orion and have them make the 240,000 mile trek to the moon. That crew, which is expected to include the first woman to ever travel to the moon, will land near the lunar South Pole and become the first astronauts to explore that region. They will spend a full week on the surface, collecting samples and conducting experiments, including searching for resources like water. The goal of the Artemis trip is for the astronauts to establish a base camp on the moon, which will serve as a hub for future exploration throughout the decade.

NASA's proposed Artemis plan certainly doesn't come cheap. The agency has budgeted $28 billion for the multi-year endeavor, and getting that funding is not guaranteed. The House of Representatives has already approved $600 million for the lunar lander, and NASA has tapped companies, including Jeff Bezos' Blue Origin and Elon Musk's SpaceX, to develop it. But more money is needed to make Artemis a reality. The agency has requested $3.2 billion for 2021 to build a landing system and test its spacecraft, according to BBC News. Securing that funding is the next step toward putting a woman on the moon and moving humanity one step closer to the stars.