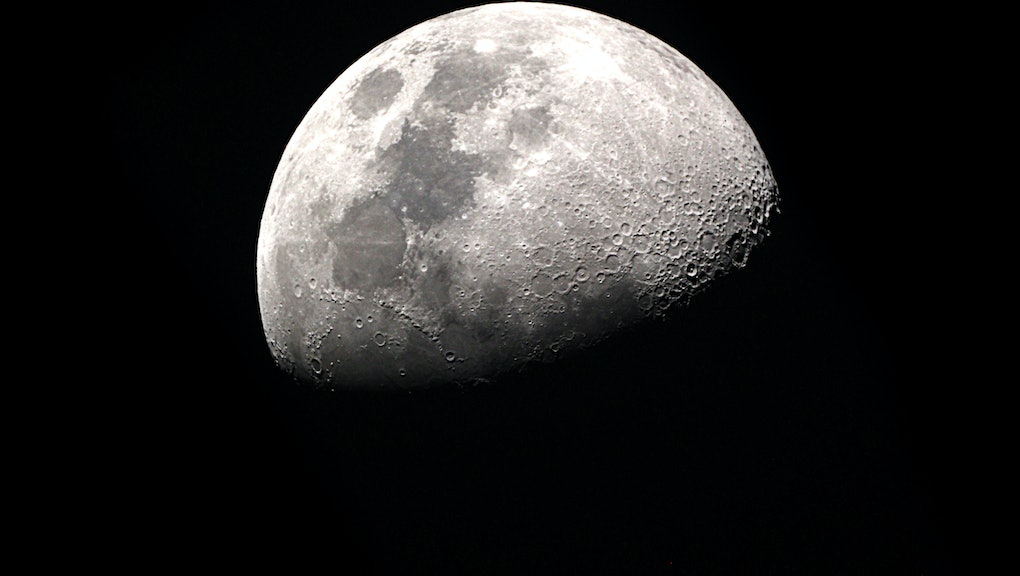 These days, leaving earth behind and setting up camp on the moon doesn’t seem like such a bad idea. In recent years, Elon Musk’s SpaceX, Jeff Bezos’ Blue Origin, and other private companies have explored new rocket prototypes in hoping of getting astronauts back on the moon someday, and Donald Trump has publicly announced a new Space Force, now called the Space Corps, to prepare the U.S to go where no man has gone before...or at least check and make sure our satellites are still there. Amongst all this space-race activity, we now finally know how much it would take for NASA's new lunar program to launch — a cool $20 to $30 billion.

“It would be $20 to $30 billion on top of the normal NASA budget, but of course that would be spread over five years,” NASA administrator Jim Bridenstine told CNN in an interview. This new project, dubbed Artemis aims to get astronauts on the moon by 2024, and marks the first time NASA has announced a concrete budget for returning to the moon.

The goal of the Artemis program would be to establish a long-term, sustainable presence on the moon where astronauts could come and go for research and exploration purposes. It would also, Bridenstine says, be a step on the way to establishing a similar setup on Mars in the future.

To get there, NASA is working on a new rocket called the Space Launch System (SLS) and a new crew capsule called Orion to transport astronauts, science robots, and cargo back and forth. In addition, NASA is planning a new space station in the moon’s orbit called the Gateway where astronauts can live before traveling down to the moon’s surface. NASA has already awarded a contract to a firm called Maxar to start working on the station’s first section.

“The Gateway will give us a strategic presence on and around the Moon. It will drive our activity with commercial and international partners and help us explore the entire lunar surface and its resources,” said William Gerstenmaier, associate administrator, Human Exploration and Operations Mission Directorate at NASA Headquarters in Washington.

“The White House has requested an additional $1.6 billion during fiscal year 2020, on top of the $21 billion budget that the president requested for the rest of NASA next year,” The Verge reported, to expedite getting the hardware and technology required (some of which doesn’t even exist yet) to make Artemis a reality. However, it is unclear where the additional $5 to $6 billion a year would come from to get the $20 to $30 billion figure Birdenstine described. The NASA administrator also noted that space flight is “dangerous and unpredictable” in his interview with CNN, stating that those figures may change as negotiations with the Trump Administration and Congress continue.

Some lawmakers are concerned that NASA has already spent billions of dollars over the years on other deep-space and robotics missions without ever making it to the moon, and are worried the organization would divert the massive lunar mission funding to other ongoing programs, or blow past its budget as projects inevitably get delayed.

For example, the SLS, the core of NASA’s plan to get astronauts to the moon in the first place, was supposed to cost $9.7 billion and begin flights in 2017 according to a CNN report. Instead, it’s now not expected to launch until next year at the earliest and has currently run up a $12 billion bill.

"I will tell you my goal...is to make sure that we're not cannibalizing parts of NASA to fund the Artemis program," Bridenstine told CNN. Furthermore, he said the agency is looking to reduce costs and improve the overall quality of the program by opening it up to private sector collaboration. "We're going back to the moon,” he said, “but we're doing it entirely different than we did in the 1960s. The reason we need commercial operators is because they can drive innovation if they're competing on cost and innovation."

In the meantime, while you're waiting to join the Space Corps, you can keep up with the mission via NASA's toolkit and their Twitter feed for the latest mission updates.

More like this
Brood X is here, but I'm okay with it actually
By Rafi Schwartz
Biden's pledges aren't enough to avoid the worst effects of climate change, new study says
By AJ Dellinger
Eating meat is killing people, but not in the way you think
By AJ Dellinger
Stay up to date