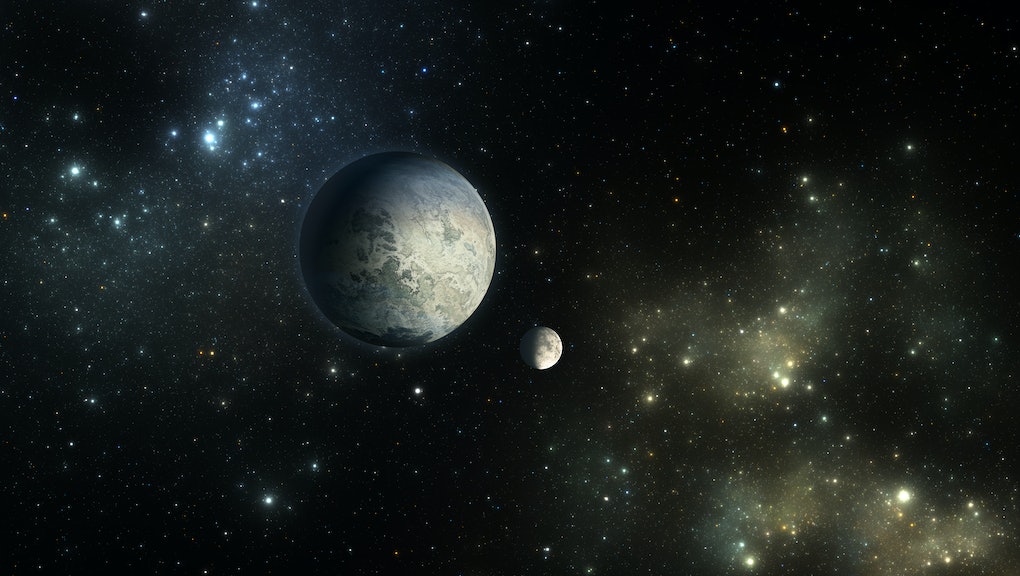 The search for alien life on other planets marches on, because we just can't be the only intelligent organisms in this massive universe. Luckily, NASA's always on the lookout for potential candidates that might support life, and the agency's Transiting Exoplanet Survey Satellite (TESS) just discovered an exoplanet that might fit the bill. TESS scouted out the newly-christened TOI 700 d, which is about 101.5 lightyears from Earth, located in the habitable area of its host star (like the Solar System has the sun), and scientists believe it could support stable, liquid water. That means it could also potentially support life.

With the findings scientists have already made so far, NASA believes TOI 700 d is a good option for continued follow-up by instruments other than TESS. What's "TOI" short for, you ask? "Tess Object of Interest." That's what the tool does, after all – it looks for planets, and those are certainly considered "interesting."

"TESS was designed and launched specifically to find Earth-sized planets orbiting nearby stars," said NASA astrophysics division director Paul Hertz in a statement. "Planets around nearby stars are easiest to follow up with larger telescopes in space and on Earth. Discovering TOI 700 d is a key science finding for TESS."

TESS was able to find three planets surrounding the star TOI 700 initially, which included a red dwarf that's about 40% as large and wide as Earth's sun and 50% as hot. TOI 700 b, by comparison is about Earth's size and completes an entire orbit nearly every 10 Earth days. Finally, the center planet TOI 700 c is nearly three times bigger than Earth, and can complete an orbit around TOI 700 in 16 days.

The outermost planet TOI 700 d was the most interesting, though, as it's only around 20% larger than Earth. One complete orbit lasts about 37 days, and it receives about 86% of the Sun's energy Earth does. That means it's technically in the "habitable zone," or the orbital region of a star where any Earth-like plant could potentially feature liquid water and support life. This is also referred to as the "Goldilocks zone" because it's just right.

All the planets orbiting TOI 700 are "tidal locked," which means that the star only ever shows them the same side, much like Earth only sees one side of the moon. According to astronomers, that doesn't mean there can't be life up there, though. In fact, there's more to the story in terms of how it could potentially support life.

"In 11 months of data, we saw no flares from the star, which improves the chances TOI 700 d is habitable and makes it easier to model its atmospheric and surface conditions," said Emily Gilbert, graduate student at the University of Chicago, in a statement. This is promising news, considering that red dwarfs are more susceptible to flaring than our sun, and that could mean bad news for any life that could be trying to eke out an existence on one of its orbiting exoplanets.

There's still far more information that scientists need to gather about TOI 700 d before any rulings can be made about its ability to sustain life, but this is certainly all a great start.

"Someday, when we have real spectra from TOI 700 d, we can backtrack, match them to the closest simulated spectrum and then match that to a model," said researcher Gabrielle Engelmann-Suissa. "It's exciting because no matter what we find out about the planet, it’s going to look completely different from what we have here on Earth."

More like this
Biden's big Earth Day climate pledge did not impress everyone
By AJ Dellinger
The skyscrapers of the future will be made of wood
By Rima Sabina Aouf
What would a meat-free world look like?
By AJ Dellinger
Stay up to date