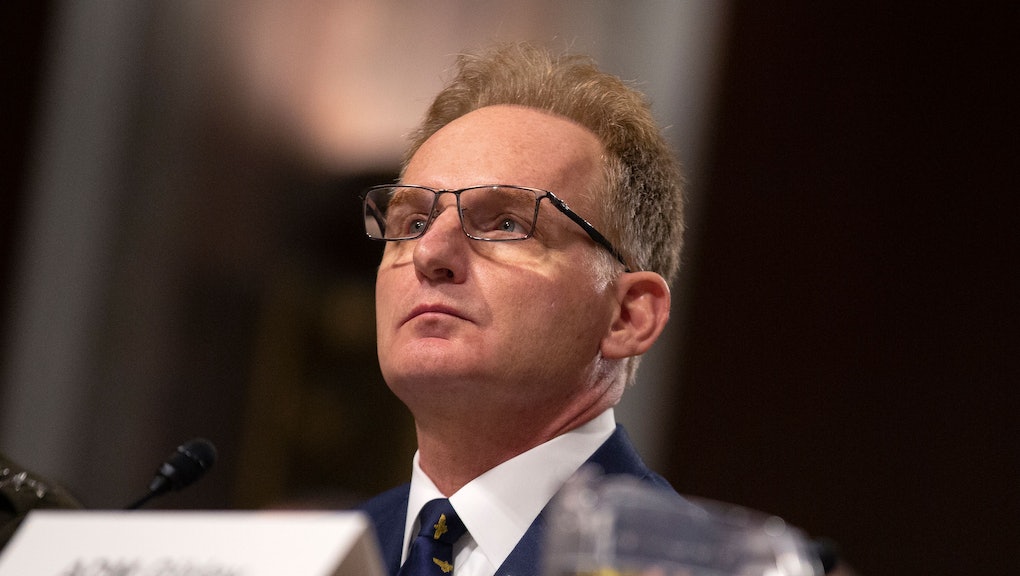 In what now seems to be a tradition, the Trump administration has gone after yet another whistleblower. On Thursday, Navy leaders fired a captain who sought help amidst the worsening coronavirus outbreak. It's a move that Democrats fear may have a chilling effect.

Earlier this week, The San Francisco Chronicle published a memo from Navy Captain Brett Crozier, who formerly commanded the aircraft carrier Theodore Roosevelt. In the leaked memo, Crozier updated military officials on the ship's coronavirus outbreak, stating that only a small group of infected sailors had been removed. With a crew comprised of thousands of people, following proper quarantine and social distancing protocol on a ship is near impossible. Crozier requested "compliant quarantine rooms" on shore for his crew.

"Removing the majority of personnel from a deployed U.S. nuclear aircraft carrier and isolating them for two weeks may seem like an extraordinary measure," Crozier wrote, but "this is a necessary risk." He continued: "Keeping over 4,000 young men and women onboard the TR is an unnecessary risk and breaks faith with those sailors entrusted to our care.”

On Tuesday, Acting Navy Secretary Thomas Modly told CNN, "We don't disagree with the (captain) on the ship," adding that officials had been working to remove sailors. However, Modly's sympathizing with Crozier seemed to have disappeared by Thursday, when the captain was dismissed.

"We are very concerned about the chilling effect this dismissal will have."

The outlet reported that the Navy said up to 3,000 sailors would be removed from the ship by Friday. However, by Thursday, only 31% of the crew had been tested, with over 100 positive cases so far.

The House Armed Services Committee issued a joint response following Modly's decision to fire Crozier. Although the Democratic lawmakers acknowledge that Crozier went outside the chain of command, they argued that his dismissal is a "destabilizing move that will likely put our service members at greater risk and jeopardize our fleet's readiness."

“Throwing the commanding officer overboard without a thorough investigation is not going to solve the growing crisis aboard the U.S.S. Theodore Roosevelt," the lawmakers wrote. "What’s more, we are very concerned about the chilling effect this dismissal will have on commanders throughout the Department of Defense. Dismissing a commanding officer for speaking out on issues critical to the safety of those under their command discourages others from raising similar concerns."

Although Modly told The New York Times that he received no pressure from the White House to fire Crozier, his decision falls in line with a troubling pattern of the administration targeting those who dare to speak out.