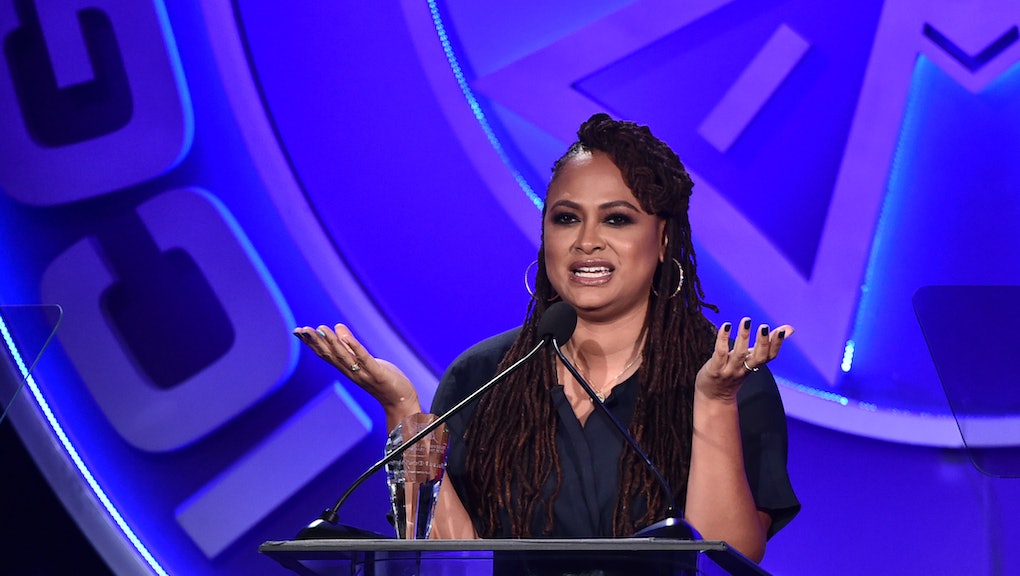 The second presidential debate was officially cancelled last week after the President threw a fit over the proposed digital format of the event with democratic nominee Joe Biden — despite the fact that it was only days ago he was released from the hospital after contracting coronavirus. Since the Commission on Presidential Debates called off the debate, ABC agreed to host a town hall for Biden. Last night, its rival network NBC has confirmed that it will air a town hall with Trump at the same 8 p.m. time slot.

The decision to air dueling town halls has garnered plenty of backlash that now includes some of NBC’s biggest television stars. What started as a few tweets from celebs has turned into a protest supported by 110 Hollywood heavyweights, who came together to send a petition to Comcast and NBCUniversal executives asking them to reschedule tonight’s event.

"By agreeing to air his town hall as counterprogramming opposite Vice President Biden’s town hall on ABC, you are enabling the President’s bad behavior while undercutting the Presidential Debate Commission and doing a disservice to the American public. We believe this kind of indifference to the norms and rules of our democracy are what have brought our country to this perilous state,” it reads.

The letter was signed by Law & Order: SVU star Mariska Hargitay, This Is Us star Sterling K. Brown and Ava DuVernay, along with dozens of other showrunners, producers and actors.

Despite the outcry, it appears NBC will still be moving forward as planned.

More like this
Queen Rihanna marched with the people against Asian hate this weekend
By Kara Weisenstein
Nobody is more qualified to host 'Jeopardy!' than LeVar Burton
By Kara Weisenstein
Lena Waithe on empowering marginalized creators and being unafraid to "ruffle feathers"
By Kyla Marshell
Stay up to date