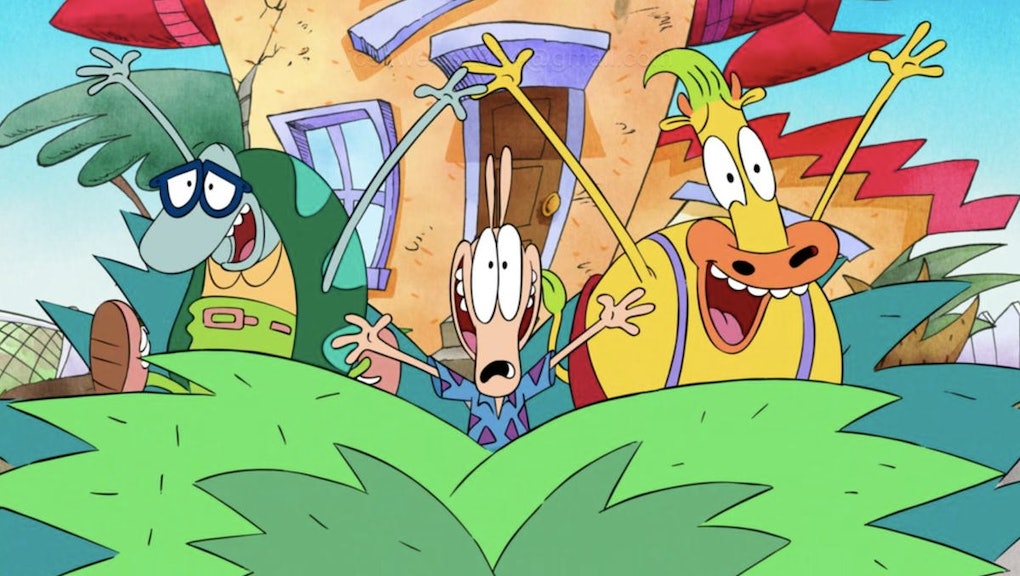 Netflix and Nickelodeon team up to serve us even more nostalgia

The streaming wars are starting to look a lot like the ‘90s.

Disney+ arrived on the scene on Monday, offering as many Disney Channel Originals as millennials can stand to binge. Apple+ has a reboot of Ghostwriter, the ‘90s PBS show about a literary spook. And today, Netflix and Nickelodeon announced a new multi-year deal to develop new animated features and TV series based on beloved Nickelodeon characters as well as new ones.

Viacom, which owns Nickelodeon, previously worked with Netflix to produce this year’s Rocko’s Modern Life: Static Cling and Invader Zim: Enter the Florpus. The new deal is a continuation of that relationship, and animated specials based on The Loud House and Teenage Mutant Ninja Turtles are reportedly in the works.

“Nickelodeon has generated scores of characters that kids love, and we look forward to telling wholly original stories that re-imagine and expand on the worlds they inhabit,” Melissa Cobb, Netflix’s vice president of original animation, told Variety.

The Nickelodeon deal with Netflix is more complex than you might think. Parent company Viacom already has its own streaming service, plus it’s in the middle of a merging with CBS, who’s aggressively marketing its own platform, CBS All Access. Why would Viacom opt to give Netflix free reign over its Nickelodeon IP? Probably because Netflix is footing a big chunk of the production costs in its bid to keep rival streamer Disney+ at bay.

In the battle among streaming services for viewer eyeballs, content for children is an important battlefield. According to Netflix, 60% of its subscribers watch kids shows and movies on the regular. “The broadest services with the greatest [number of] subscribers are going to be the ones that have something for everyone in the family — and kids are one of the biggest drivers of usage in the family,” Steve Youngwood, Sesame Workshop’s president of media & education and chief operating officer, told Variety.

Netflix is doubling down on making children's content with the Nickelodeon deal, making it plain the platform isn’t eager to relinquish its title as the dominant streaming service anytime soon. “They’ve made no bones about the fact that they’re trying to be all things to all viewers and have everybody’s favorite show,” said DreamWorks Animation chief creative officer for television Peter Gal, who’s worked extensively with Netflix. “That means every kid’s favorite show as well.”