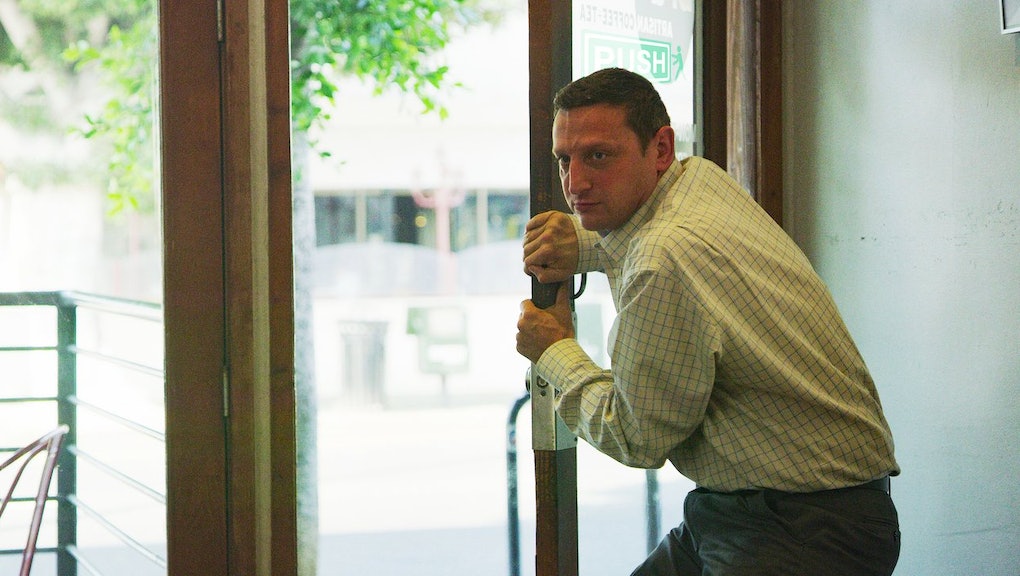 Netflix’s sketch comedy series, I Think You Should Leave doesn’t make a lot of sense when you try to describe it. The show’s most famous skit features 81-year-old Spanish language television star Ruben Rabasa haranguing a man for the crime of loving his mother-in-law. The skit, “Car Focus Group,” is the stuff memes are made of. In it, show creator Tim Robinson presides over a focus group for automaker Ford. Rabasa, maniacally and gradually tilts the room in his favor by turning his absurd car ideas (“a good steering wheel that doesn’t fly off while you’re driving”) against Paul, played by co-creator Zach Kanin, a guy who, we discover, loves his mother-in-law. Exactly.

I’m not sure if “Car Focus Group” is the best I Think You Should Leave sketch there is, or even one of the 10 that I currently enjoy the most, but it’s the most essential to understanding the show’s appeal. The show knows that it isn’t for everyone, it just keeps on moving at an absurd, if not a little mischievous, pace.

The experience of watching I Think You Should Leave is like watching a Vine compilation on YouTube. Every taste can be accounted for, the swings are big enough to miss sometimes, and its tempo accelerates beyond comprehension. If a sketch gets old, chances are it’ll inexplicably hit again in a few weeks.

I Think You Should Leave is not without antecedent in tone or absurdity — you can see a lot of Tim and Eric, Mr. Show, or Key & Peele in these sketches, and even some of their stars. But unlike those series, which had their reign on traditional network television, I Think You Should Leave successfully harnessed the appeal of streaming. Every Netflix show is either 20 minutes too long per episode or three episodes too long per season, and yet this never overstays its welcome. Even on a micro level.

This reaches an early peak when TC Tuggers are introduced in the second episode, during a clear riff on Riverdale. Robinson plays the school principal, who enters the scene to bug some kids who are late to class, but prolongs it by preaching the value of his plain blue t-shirt with a plastic knob attached to the stomach, to prevent wear and tear. As the teens’ and our patience wears thin, it grows closer to the common feeling of ads entangling with all of our consumption in ways that don’t always make sense. The minimal overlap in target audience for River Mountain High and tugging shirts might be familiar to seeing Farmer’s Insurance ads blare over a good sports website. You haven’t seen a Hanes-styled shirt with a tugging knob plugged during a CW drama, but you haven’t not seen it, either.

Robinson has said that some I Think You Should Leave sketches were versions of ideas left on the cutting room floor during his time as a writer for SNL, and it’s easy to see where lines might have been drawn. Although the show’s been pushing into some weirder territory as of late, SNL is still ultimately a vehicle to remix the news with some faces you recognize as political figures and also Colin Jost. There’s little sense of creation or ingenuity besides combining one thing everyone knows with another thing everyone knows, and Family Feud.

Although Robinson is clearly holding everything together as it deliberately falls apart, I Think You Should Leave is bolstered by guest stars who buy in to the show’s cadence. A number of current and former SNL stars, like Will Forte, Cecily Strong, Vanessa Bayer, and Andy Samberg — an executive producer on the show, along with the rest of The Lonely Island — make appearances. But even more integral are the fresher faces who seem to speak this weird language. Sam Richardson, Robinson’s best pal and Detroiters co-star, pilots two of the show’s best sketches. One of those, “Baby of the Year,” has Richardson preside over an award ceremony for infants — In Memorium and all — that descends far beyond his grasp. Stoking the flames further against shithead baby Bart Harley Jarvis, Richardson’s emcee pivots to hilariously over-it once the chaos is unsustainable. In another, he gives A Christmas Carol the violent, sci-fi madness it had been missing.

And two of the most exciting and loudest comics working today, Patti Harrison and Conner O’Malley, almost feel like their voices were run through a Robinson modulator during their startling appearances. They’re a genuinely intimidating presence, and often push beyond the show’s template of an unpleasant person winning over a room full of skeptics — they’re past the point of being redeemable and all the better for it. The show may be working with a similar character mode throughout, but the effect of seeing other actors step into the Robinson role with differing volume and intensity feels like watching a more bizarre spin on the I’m Not There convention.

Comedy’s in a weird place now, caught between the two poles of edgelord elders making Netflix stand-up specials called Triggered or what have you, and Cheeto-in-Chief Drumpf cringe. You have high school movies with politics idyllic enough to appease parents who might go home and read a TikTok explainer later that night, that gross far less money than movies where the characters are parents who hire a babysitter so they can unexpectedly drag race and get swept up in the mob. None of this is working, really.

So what makes this strange little show so magnetic? For starters, it doesn’t much try to be any of those things. It’s rude without being offensive, absurd but not precious, grating without pursuing a larger purpose, and meme-able without being informed by algorithmically tailored creative decision-making. The last suspicion is just a hunch, but the first six episodes, totaling just under a movie’s runtime, were the most replayable pop culture of the year.

It was easy to keep coming back to a show that’s not that deep, recognizes that fact, and is all the better for it. But while I Think You Should Leave wisely eschews what much of what the broader comedy world is up to, it still taps into a distinct approach to modernity. Even if you may not recognize esoteric jazz legends like Marcus “The Worm Hicks” or Roy Donk, you’ve encountered Tim Heidecker’s charades snob out in the wild. Everyone’s strained to keep up with memes or relate to co-workers at some point — even if it doesn’t result in publishing something like “Bozo Dubbed Over” at 6:00 a.m. There should always be another step after the viewer recognizes a thing, so Robinson’s commitment to lunacy and entropy ensures that they’ll never look away.

More like this
8 shows like 'Ted Lasso' to watch if you need more feel-good TV
By Brandon Yu
Issa Rae, Lil Nas X, and J-Lo just gave us a masterclass in social media
By Keith Nelson Jr.
More assholes on airplanes should be duct taped to their seats
By Brandon Yu
Stay up to date