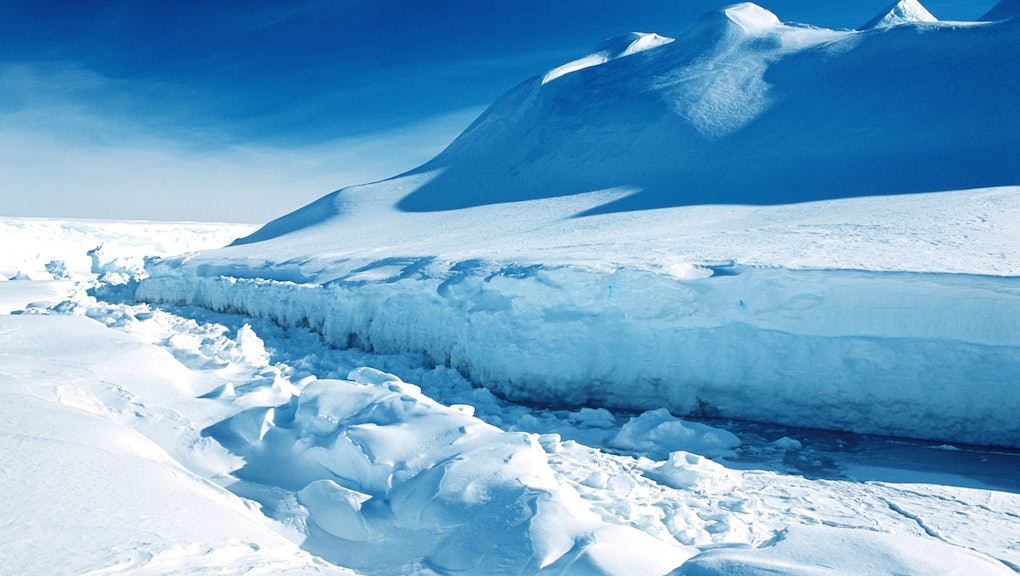 Just when scientists thought they'd mapped out some of the lowest, deepest land found on Earth, a brand new map has changed everything. A new NASA creation, the BedMachine Antarctica map, has combined a variety of different measurements, including ice movement, seismic waves, radar, and additional data points to paint a more comprehensive picture of Antarctica's frozen southern continent far below the massive ice cover floating atop much of the land. Thanks to BedMachine Antarctica, scientists have now discovered a variety of valleys and canyons hidden far below the surface, and they'll be able to use this very data to help forecast what future ice loss could look like going forward.

The map was published on December 12 in the journal Nature Geoscience, and thanks to its thorough tracking and usage of data points, it illuminates several previously unknown and undiscovered features dotting the land that help inform the way ice flow has shaped the continent. These findings have "major implications for glacier response to climate change," according to the study's authors.

"Using BedMachine to zoom into particular sectors of Antarctica, you find essential details, such as bumps and hollows beneath the ice that may accelerate, slow down or even stop the retreat of glaciers," explained Earth system scientist Mathieu Morlighem, at the University of California, Irvine, in a statement. Additionally, he was the lead author of the new paper about the map.

Some of the coolest findings thanks to BedMachine include what appears to be the deepest canyon ever found on Earth, which is estimated to be around 11,000 feet below sea level. Previously, the Dead Sea was thought to be one of the deepest regions, but it's actually sitting at a quite mild 1,419 feet below sea level, the Israel Oceanographic and Limnological Research Center attests.

Why is this all important, beyond satisfying human curiosity? It's simple. Antarctica's ice caps and the way its glaciers and massive chunks of frozen areas melt are integral to maintaining the level our sea levels are at currently. One terrifying factor that global warming affects is the temperature of said ice. If we were to reach the point that Antarctica's ice melted, it could raise our sea levels by at least 200 feet, warns the National Snow and Ice Data Center. This would be a gradual change instead of a quick and drastic one, but the idea that there is such potential for destruction should chill anyone to the bone.

Scientists will continue to track the findings afforded to them by the BedMachine map, especially as these new, vastly lower drops in sea level continue to pop up. It's a series of endlessly fascinating findings, but it should all act as a warning bell for anyone paying even of a modicum of attention to climate change. Even with such a massive drop below sea level, there won't be enough room to accommodate the volume gained by melting ice, and that's something to keep in mind – the changes humanity is making to the Earth are visible, and we definitely don't want to see these massive sheets of ice melt.