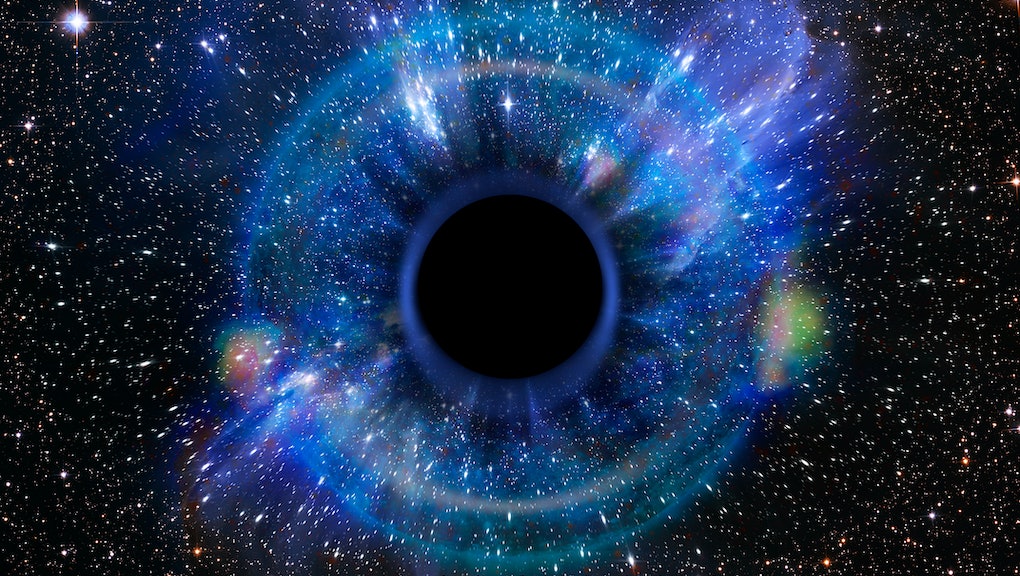 What do black holes eat? Scientists have demonstrated in the past that they're capable of "chowing down" on interstellar gas as well as stars. Now, astronomers using the European Southern Observatory's Very Large Telescope (VLT) have observed pockets of cooler gas hanging around some of the oldest galaxies in the universe, which also happen to be excellent "grub" for supermassive black holes at the center of said galaxies. Given that we're only just now seeing the galaxies as they were around 12.5 billion years ago, this discovery has offered a window into explaining how the enormous black holes grew so quickly during an important developmental period in the universe's history: the Cosmic Dawn.

The Cosmic Dawn is a period of time during which the universe experienced a massive burst of radiation, following the formation of the very first stars. Scientists place it approximately a few hundred million years after the Big Bang that's theorized to have created the entire universe to begin with. With the new findings by way of the VLT scientists have something of a "time machine" to peer into the past and see exactly what black holes were able to subsist on in order to grow larger – because they've managed to grow at an exponential rate over time.

This is a topic that astronomers have been working on figuring out for a long time, especially as no one had really seen what classifies as "black hole food" before in such large quantities as what the VLT uncovered.

"We are now able to demonstrate, for the first time, that primordial galaxies do have enough food in their environments to sustain both the growth of supermassive black holes and vigorous star formation," Emanuele Paolo Farina of the Max Planck Institute for Astronomy in Heidelberg, Germany explained. "This adds a fundamental piece to the puzzle that astronomers are building to picture how cosmic structures formed more than 12 billion years ago."

The study allowed Farina and his team to utilize the VLT to study quasars, or the brightest objects in the sky, fueled by supermassive black holes, which were surrounded by large reservoirs of cool, dense hydrogen gas. These gas halos were basically the perfect fuel for black holes, and Farina called the study a "game changer."

"In a matter of a few hours per target, we were able to delve into the surroundings of the most massive and voracious black holes present in the young Universe," Farina said of the experiment. It looks like the quasars offered a viable snapshot of how the universe would have "fed" black holes enough so that they grew at a rapid rate during the Cosmic Dawn.

"With the power of the VLT, we will be able to delve even deeper into the early Universe to find many more such gas nebulae," Farina said of the research.

While there are still many questions surrounding the earliest years of our universe, this finding is enough to help kickstart additional research about galaxies, supermassive black holes, and the Cosmic Dawn itself.

More like this
Somehow the Swiss Alps are still growing, shocking scientists
By Tebany Yune
The Southern Ocean is officially our planet's fifth ocean
By AJ Dellinger
An oddsmaker explains why aliens are most likely to attack the U.S. first
By AJ Dellinger
Stay up to date