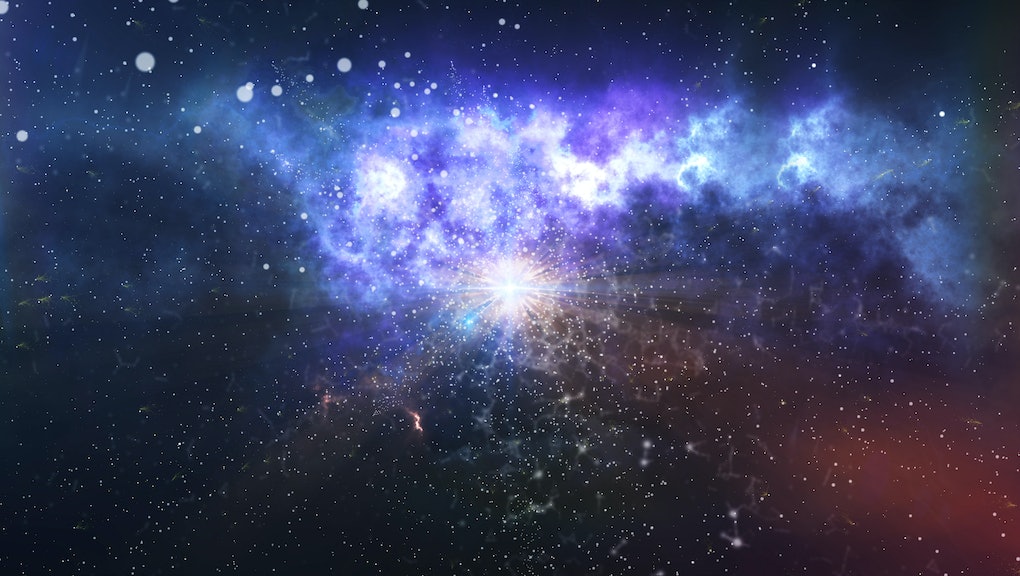 A group of astronomers from the Chinese Academy of Sciences in Beijing may have arrived at a theory that could very well change how the scientific community views the beginning of the universe. In a new paper the group published, they outlined 19 different galaxies that appear to lack the amount of dark matter typically seen throughout the universe. It's been an accepted theory for some time now that massive amounts of invisible dark matter was a requirement for some galaxies to form in the first place. Now, since 2016, researchers have been finding galaxies that aren't as rich with dark matter as previously thought, or that lack it entirely. This opens up a whole new can of worms for scientists: how did the galaxies form without dark matter? Is it even a requirement?

Dark matter is a material in space that scientists believe makes up about 85% of matter in the universe, as well as about a quarter of the universe's energy density in total. It's something researchers still know very little about. Massive amounts of dark matter have long been thought responsible for the initial formation of our universe. Its existence is an important tentpole when it comes to scientists' studies of how galaxies form. But in 2018, Yale professor Pieter van Dokkum discovered a galaxy without any dark matter within it at all, which prompted the Beijing team to pursue their own studies.

The findings from van Dokkum were certainly controversial at the time, but they resurfaced thanks to the latest report out of China, meaning galaxies without dark matter are far from an isolated incident. The questions still remain: why was there a distinct lack of dark matter in some of the galaxies found, and are some simply formed without it at all?

One theory that van Dokkum and his group reported was "tidal stripping." This refers to dark matter being removed rom a galaxy due to tidal forces that come into play when one galaxy enters the gravitational field of another. There's also a process that details how galaxies could form without ever relying on dark matter to begin with, with "baryonic" matter, or dark matter composed of baryons, or subatomic particles.

This means it would include protons and neutrons, but exclude electrons and neutrinos. One or both of these processes could end up forming "tidal dwarf galaxies," which are comprised of dark matter mashed together by way of the aforementioned tidal forces, but it's not 100% certain that either explain the lack of dark matter in the 19 galaxies the Chinese research team found, or the phenomena that spawned them.

Ignacio Trujillo, a scientist who specializes in Extragalactic Astronomy at the Institute of Astrophysics of the Canary Islands, believes that there are a few issues with the research the Beijing team published. A researcher who works alongside Trujillo, Jorge Sanchez Almeida, published a paper that argued that the calculations used for the 19 galaxies didn't actually account for how dwarf galaxies are shaped, instead referring to them as "disk-like" shapes instead of oval 3D objects, which could have lead to inaccuracies and inconsistencies.

While there's no final word on the story behind dark matter and its relationship to how galaxies form, that doesn't mean anyone involved is calling it quits on research. Unfortunately, right now, our technology isn't as advanced as it needs to be for additional, more precise measurements that could sway the community one way or another.

Speaking to Vice, researcher Nicolas Martin says that scientists will have to wait for the construction of two new telescopes to be complete in Chile and Hawaii before that information can be distilled and inspected. It may not paint a complete picture of our understanding of dark matter, but it may get us a lot closer.