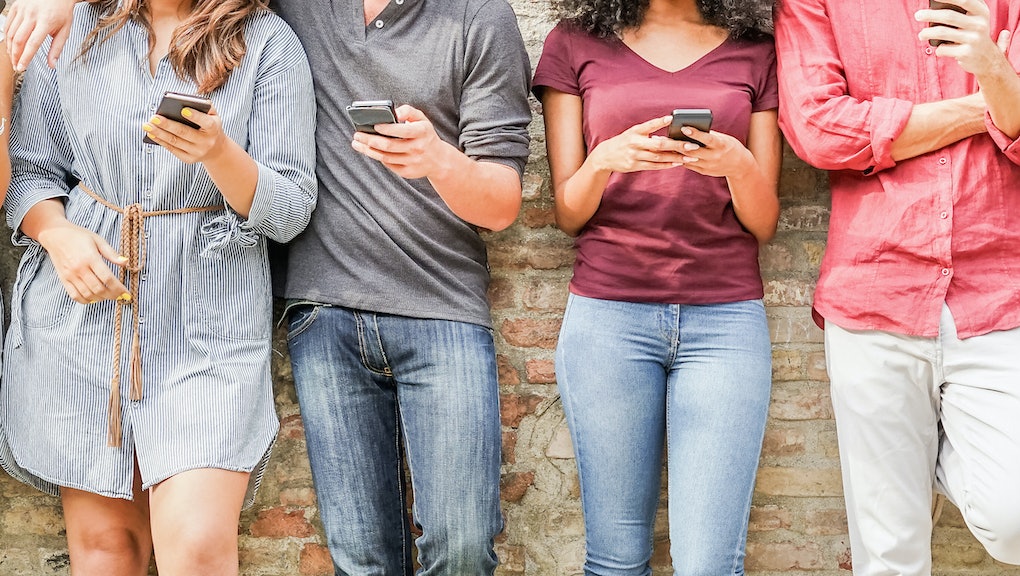 New Pew data on Gen Z confirms they're the most diverse, most progressive generation

The kids aren’t alright. A sweeping new Pew Research Center study of Gen Z, which covers those born after 1996, finds a generation struggling with the ongoing pandemic and yearning for new political leadership.

From data collected in March of this year, half of the older cohort of Gen Z (ages 18-23) reported economic fallout from the coronavirus crisis that, at the time, was just beginning, saying they'd lost a job or received a pay cut as a direct result of the outbreak. By comparison, smaller shares of older generations reported similar strife, including 40% of millennials, 36% of Gen Xers, and 25% of Baby Boomers.

With this level of economic strife befalling them, it’s no wonder that Gen Z is unhappy with President Trump. A survey in January found that 61% of Gen Z voters plan to vote for a Democrat, while only 22% plan on voting for Trump. As with the economics results from March, these numbers flip the further you travel up the generational ladder. Although only 25% of millennials plan on voting for Trump, larger numbers of Gen X voters (37%), Boomers (44%) and Silent Generation members (53%) will be pulling the lever for the incumbent president.

Gen Z also exceeds its forebears in diversity. Per Pew data collected in the fall, Gen Z is majority white by only a sliver, with 48% calling themselves a minority. This is a substantial margin compared to millennials, of whom 61% were non-Hispanic white in 2002. Overall, Pew found that 25% of Gen Z is Hispanic, 14% are Black, and 6% are Asian, with the remainder either another race or multi-racial. Whites won’t hold a majority in Gen Z for long, either: Pew cites Census Bureau projects finding that by 2026, the cohort will become majority-minority.

What the two youngest generations do have in common, though, is viewpoints: Gen Z and millennials hold many closely dovetailing opinions, most of which are more progressive than older generations.

When it comes to global warming, 54% of Gen Z and 56% of millennials agree that human activity is warming the planet, but the majority isn't there for the other generations: Only 48%, 45%, and 38% of Gen Xers, Boomers, and Silents feel the same way, respectively. Two-thirds of both Gen Zers and millennials believe that Black people are treated less fairly than white people, while only half of Gen Xers and Boomers feel the same way. Among the Silent Generation, the share was even less.

Furthermore, only 14% of Gen Z and 13% of millennials believe that the United States is the greatest country in the world, compared to 20% of Gen Xers, 30% of Boomers, and a whopping 45% of the Silent Generation who believe in our national superiority.

The survey does find one area where Gen Zers and millennials distinctly diverge: government intervention. Seventy percent of Gen Z believe federal action is preferable to businesses and individuals for solving problems, while only 64% of millennials hold this view. The number decreases steadily as you move up the age ladder.

Some of the survey’s most interesting findings concern Gen Z Republicans. According to Pew, the youngest members of the GOP differ dramatically from their elders when it comes to major issues like race relations and government intervention. Forty-three percent of Republican Gen Zers believe that Black people are treated less fairly than their white counterparts, for example, while only 30% of millenial Republicans and roughly 20% of all older generations hold the same view.

Meanwhile, 52% of Republican Gen Zers want more government intervention, contrasting with 38% of millennial Republicans, 29% of Gen Xers, and even less among older Republicans. Suffice it to say, the Republican Party of the future will likely appear nearly unrecognizable to those for whom Ronald Reagan is the paragon of modern conservative values. Considering the whirlwind of social upheaval these kids are growing up in, though, is this really a surprise?

More like this
With this new bill, North Carolina is again at the forefront of the GOP's anti-trans push
By Rafi Schwartz
The GOP's anti-trans crusade is ramping up — and explicitly targeting kids
By Vanessa Taylor
March Madness might be over, but the fight for gender justice continues
By Lindsey Darvin, Anita M. Moorman and Ann Pegoraro
Stay up to date