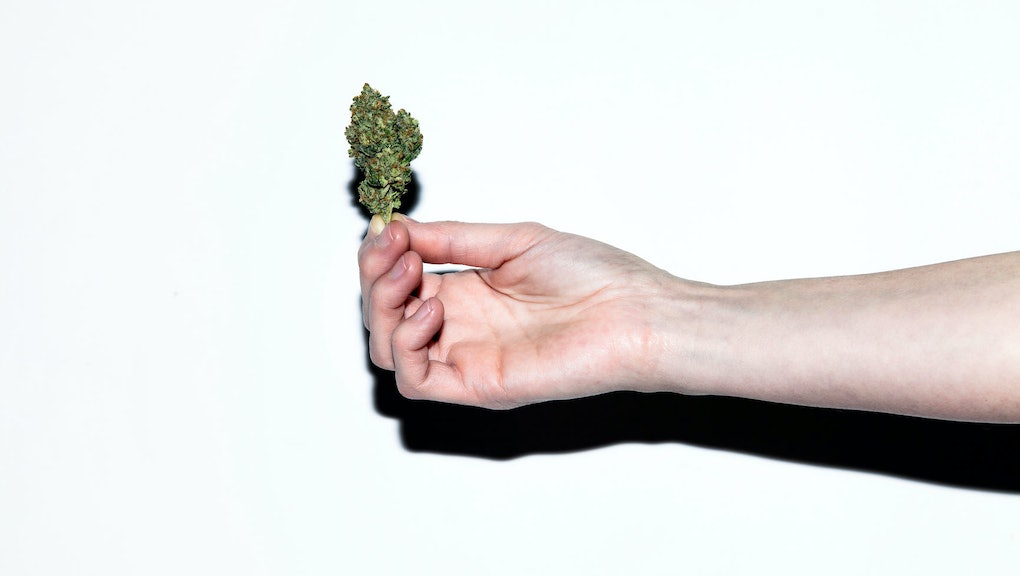 On July 29, Governor Andrew Cuomo signed a bill that expands the decriminalization of weed in New York, scheduled to take effect 30 days after becoming law, or on August 28. Under the new law, possessing less than two ounces of weed would carry a fine rather than jail time. The legislation seems to represent an initial, but nonetheless meaningful and important, step toward repairing the harms of the War on Drugs, which disproportionately targeted Black and Brown people for weed-related arrests and incarcerations.

The legislation also lowers the fine for possessing up to an ounce of weed from $100 to $50, and lessens the penalties for possessing between one and two ounces from a criminal misdemeanor to a $200 fine, regardless of the existence of prior weed-related offenses, per the National Organization for the Reform of Marijuana Laws (NORML). Previously, although the state had decriminalized possession of up to 25 grams (or slightly less than an ounce) in 1977, it could still slap people who already had such offenses with criminal penalties, including jail time, Vox reports.

According to NORML, the legislation also sets up a system that automatically expunges certain prior weed-related offenses for what could amount to hundreds of thousands of New Yorkers. Finally, possessing weed in public no longer qualifies as a criminal misdemeanor, now resulting in a fine instead of jail time. In New York, law enforcement was has been “notorious” for using public view as a “gotcha moment” by instructing people to empty their pockets, for instance, which would display any weed they contained in public view, says Chris Lindsey, director of government relations for the Marijuana Policy Project.

It’s important to note that New York has decriminalized weed, but not legalized it. As it stands, 15 states, including New York, have decriminalized weed, meaning that minor possession could result in a fine but no longer subjects you to jail or prison. If you possess more substantial amounts of weed, accrue multiple weed-related offenses, or sell the substance, you may subject yourself to heftier sentences. On the other hand, 11 states plus Washington, D.C. have legalized weed, meaning that possessing, and oftentimes selling it as a licensed business, carries zero penalties.

Efforts to legalize weed in New York fell through in June, the New York Times reports. Simply put, legislators and others needed more time to figure out how to implement legalization in an equitable way — that is, in a way that would take real steps toward healing the damages wrought by the War on Drugs on communities of color, Lindsey tells Mic. (He also points out that people of color remain significantly underrepresented in the cannabis market that has emerged in states that have legalized weed.) “This is where we are in a lot of the states in the country,” he says. “It’s not whether to legalize, but how, and the ‘how’ is the real issue in New York.”

The new law stemmed from what the New York Times called a “backup bill” to decriminalize weed. While legalization may take more time, decriminalization at least removes the “baggage” of criminal misdemeanors, for which people of color have been disproportionately targeted, in the meantime, Lindsey says. Indeed, from 2014 to 2016, Black and Latinx people made up 86% of NYPD’s weed-related arrests, while white people accounted for only 14%, according to a report published by the Drug Policy Alliance.

"Communities of color have been disproportionately impacted by laws governing marijuana for far too long, and today we are ending this injustice once and for all," Gov. Cuomo said in a statement. "By providing individuals who have suffered the consequences of an unfair marijuana conviction with a path to have their records expunged and by reducing draconian penalties, we are taking a critical step forward in addressing a broken and discriminatory criminal justice process."

The new law represents “a reasonable first step,” Lindsey says, adding that he does believe that Cuomo is “doing what he can to at least start to address the racial disparity in a meaningful way.” He praises the comprehensive automatic expungement provision in particular, in which people with certain weed-related offenses don’t even need to initiate the expungement process; instead, the state identifies cases that qualify and handles the process itself, coordinating with court clerks, law enforcement, and others to clear their records.

But Lindsey notes that states have adopted decriminalization laws fairly regularly since the mid-1970s, so New York “is no longer pushing the envelope.” Rather, its legislation seems to reflect a broader movement in the US to search for new ways of regulating weed. Indeed, cannabis reform has emerged as a major issue among many of the 2020 presidential candidates. Senator Kamala Harris of California, for instance, recently introduced legislation to federally decriminalize weed, while Sen. Cory Booker of New Jersey unveiled a bill to federally legalize it.

Lindsey hopes New York take further steps toward legalization, since decriminalization still allows for the existence of an illicit market devoid of regulatory structures that ensure safe products and workplaces. “It’s a great first step,” he says, “but they really do need to continue, and I believe they actually mean to do so.”