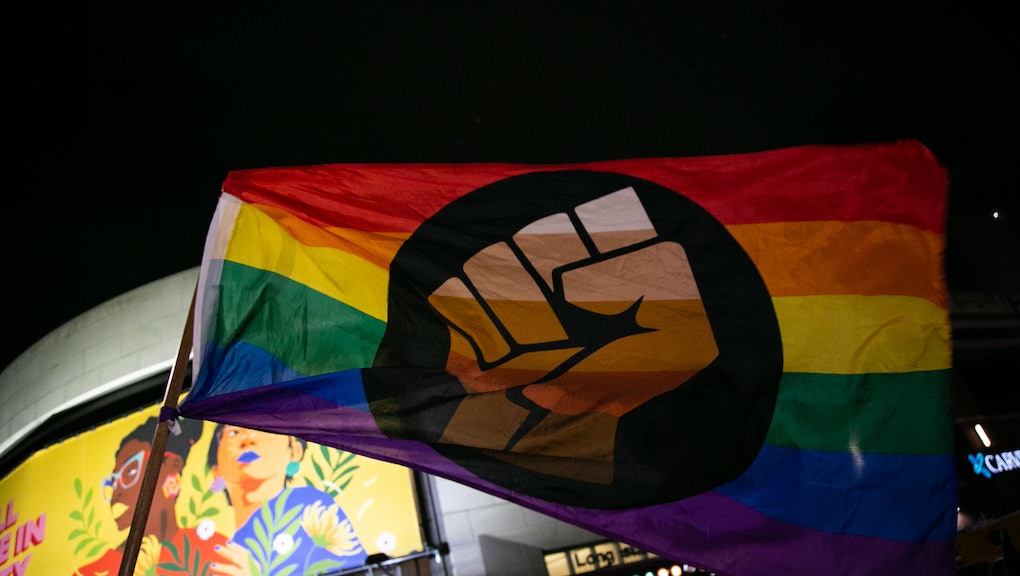 New York's "walking while trans" law has finally been repealed

For nearly 45 years, New York has had a law on its books that has given police the authority to harass and discriminate against trans people and women of color. But on Tuesday, the discriminatory Statute 240.37, commonly referred to as the "walking while trans" law, was finally repealed. Both chambers of the New York state legislature passed the repeal bill, which was signed into law by New York Gov. Andrew Cuomo (D) on Tuesday evening.

The law, which amounts to a version of stop-and-frisk that specifically targets women, was originally passed with the intention of discouraging prostitution by outlawing loitering. That law already discriminated against sex workers, and nearly 2,400 arrests were made for prostitution in New York City in the first year the statute was passed, according to data collected by New York Women in Criminal Justice.

The law essentially gave police free rein to follow, surveil, search, detain, and arrest a woman for little more than what she is wearing or where she is standing. In 2017, Vanity Fair documented some of the affidavits filled out by police who made arrests under Statute 240.37. The report found that police arrested women for the crime of wearing "tight pants showing curves of lower body," a "revealing blouse," and "tight jeans and tight tank top showing cleavage." In other cases, a woman was arrested for talking to a passerby. Another was detained because she was standing in a corner that the arresting officer had decided was suspicious.

Over time, though, the law warped into a tool that police could use to harass law-abiding trans women and women of color without provocation. The New York Assembly noted that between the years of 2012 and 2015, 85% of people arrested under Section 240.37 were Black or Latinx. It has only gotten worse in recent years: The New York State Division of Criminal Justice Services reported that in 2018, 91% of people arrested under the statute were Black and Latinx, and 80% identified as women.

These statistics reflect the hostile reality that women of color and trans people live in. A report from Amnesty International found that trans people, and trans women in particular, are disproportionately targeted by police who assume them to be sex workers. "[S]ubjective and prejudiced perceptions of transgender women as sex workers often play a signiﬁcant role in ofﬁcers' decisions to stop and arrest transgender women," the report stated. In New Jersey, a task force on transgender equality found that one-third of all Black transgender women who interacted with police reported that they were accused of engaging in prostitution.

New York's repeal of the "walking while trans" law is a good first step in correcting the injustice that trans people and women of color face, but there is plenty of work left to be done. New York is the first state to repeal such a law, but similar versions of the statute are still on the books across the country, including in major cities like Chicago and San Francisco. Stopping laws that enable police to harass these communities also won’t correct the sexualization of trans bodies and the “exoticism” of women of color, but it’s a start.

More like this
Title IX will once again protect against gender identity discrimination
By Rafi Schwartz
Watch GOP Gov. Jim Justice fully combust when asked why he signed a transphobic bill
By Rafi Schwartz
FEMA said it would reimburse cities for housing homeless people. Most cities ignored the offer
By AJ Dellinger
Stay up to date