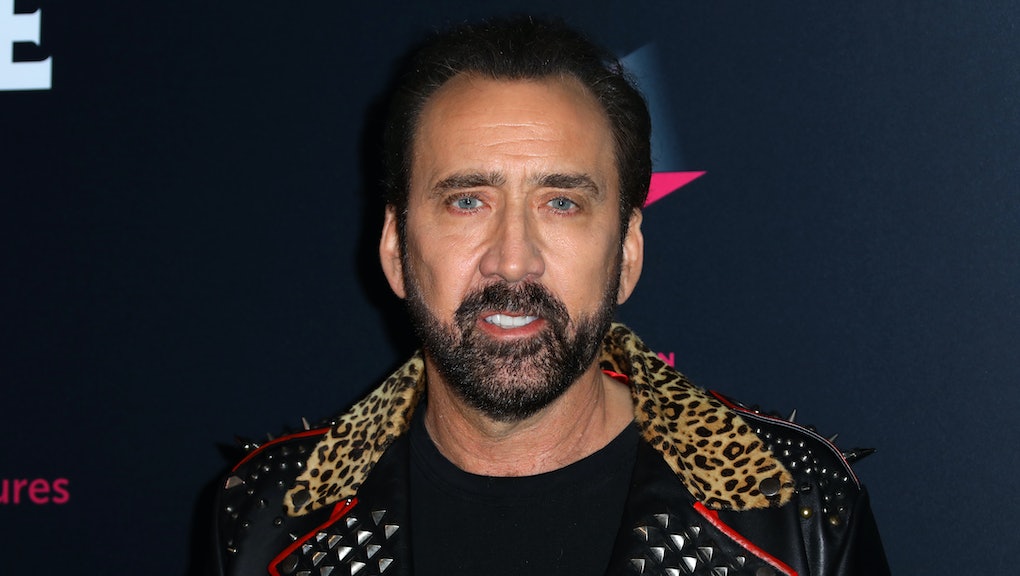 It’s hard to conjure a more boring opinion than thinking Nicolas Cage, one of our most singular minds and a generational talent, is bad at acting. Enough! In addition to his enviable range and volume, the guy gives an incredible interview whenever he’s called upon. In a recent cover story for Interview Magazine, Cage chatted with kindred spirit and pal Marilyn Manson about a variety of strange and quintessentially Cage subjects.

There’s just so much to dig into here — his art collection habits, fondness for uncle Francis Ford Coppola’s wine, and getting over crushes on co-stars like Penélope Cruz and Bridget Fonda. Perhaps most notably, Cage details a decades-old win at a Bahamas casino that led to him quitting gambling for good and a generous, impromptu payday for a local orphanage:

“The last time I gambled was about 30 years ago. I was in the Bahamas, and I walked into a casino and felt like I had my mojo with me, like nothing could go wrong. My game was roulette. I went in with $200, and I didn’t miss a number, so much so that even the lady spinning the wheel said, “Nothing sweeter than a repeater.” In 20 minutes I turned $200 into $20,000, so I went and found an orphanage in the Bahamas, met all the kids and the headmistress, and said, “This is for you.” I put the 20 grand in her hand, walked away, and never gambled again, because if I did, it would ruin the power of that moment.”

It’s no secret that Cage has owned a variety of exotic pets, including albino king cobras, octopus, a crocodile, and much more. When Manson asks Cage about working with Werner Herzog on the spellbinding Bad Lieutenant: Port of Call New Orleans, Cage doesn’t go on the record at all about filming, besides Herzog badgering him to use his two-headed snake in the movie:

“We had a big party, Werner came over, and, at the time, I owned a two-headed snake, which I had spent a lot of money on and subsequently donated to the Audubon Zoo. But I brought it out, and everybody was freaked out by it. Werner said, ‘Now, Nicolas, we have to put that into the movie.’ I said, ‘No, I’m not putting it into the movie because this is personal.’ So he filled the movie with snakes, iguanas, and alligators, but he never got the two-headed snake.”

Cage also just bought a crow, who he genuinely thinks can speak to him:

“I just bought a crow. His name is Huginn, after one of [the Norse god] Odin’s two ravens, Huginn and Muninn, and he’s amazing...He says “hi” when I walk into the room and “bye” when I leave. The other morning he started laughing and called me an asshole."

Anyway, while I can understand skipping out on some of his straight-to-VOD output, this is clearly a must-read interview in its entirety — along with Interview pairing Nathan Fielder in conversation with Louis Theroux — so get over there and check it out.