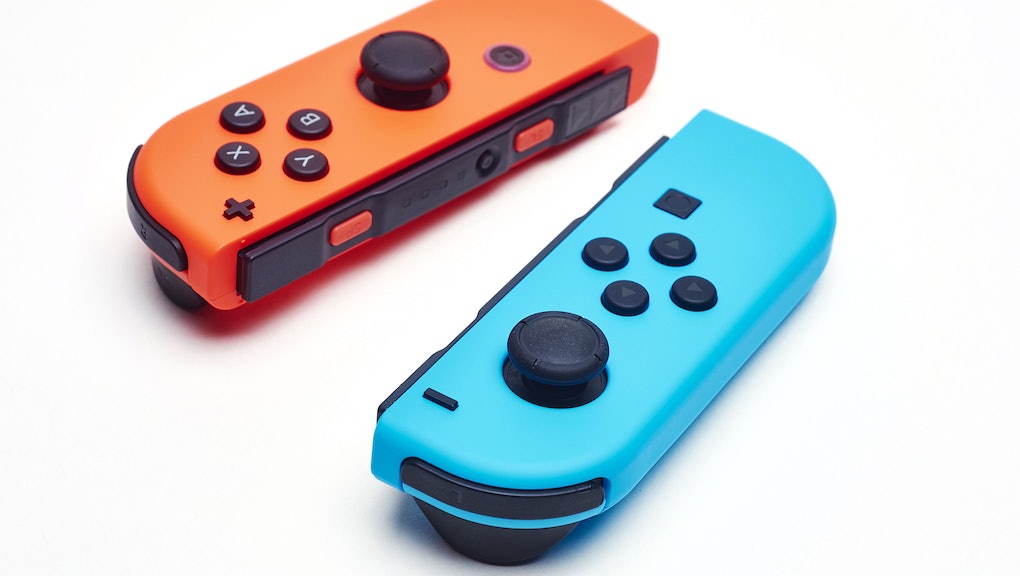 If you've ever played the Nintendo Switch, you know just how revolutionary the console can feel, allowing you to play your favorite titles on your big screen one minute, then unplug but continue gaming while on the move the next. While the system is great for gamers on the go, it also has a little issue with characters going where you don't want. That's the result of an issue known as "drifting," and it has become such a prominent problem with the Nintendo Switch Joy-Con controllers that the company is now facing a class-action lawsuit.

If you're unfamiliar with Joy-Con drift, here's what you need to know: the Joy-Con is the basic controller that comes with the Nintendo Switch. It's a flexible option that can be attached to the portable console itself, be slotted into the Joy-Con grip that turns it into a more traditional controller or be used wirelessly, even splitting into two separate controllers for multiplayer gaming. Each side of the Joy-Con has an analog stick on it, which is where the issue can occur. Those sticks can experience something called drift, which causes it to randomly move even when you aren't touching it. When the stick moves, it's processed by the game like you are moving the stick, resulting in the character on screen moving or camera shifting, depending on what the stick's input is for. As you might imagine, that's a bit of an issue for gamers. If you're counting on your controller to be responsive and precise, you can't really have it moving when you don't want it to. That's a good way to have your character accidentally walk off a cliff.

The cause of the drifting isn't totally known at this point. Some have suggested that it's the result of dust and debris sneaking under the rubber cap of the controller, which is meant to prevent exactly that from happening. Attempts to take apart the controller and get a closer look at what is happening under the hood revealed that over time, contact pads meant to process input can wear down over time and may lead to drift. Nintendo hasn't offered any official insight into the issue, other than releasing a statement indicating it is "aware of recent reports that some Joy-Con controllers are not responding correctly." The company encouraged people who are experiencing the issue to visit its support site, but now they'll have another option: joining a class-action lawsuit.

The law firm of Chimicles, Schwartz, Kriner & Donaldson-Smith (CSK&D) filed a legal challenge this week on behalf aggrieved gamers who have had their Joy-Con plagued with the drift effect. The lawsuit claims that “joysticks on Joy-Con controllers are defective, leading users to experience drift issues," and accuses Nintendo of being fully aware of the issue and failing to address it. The suit claims that Nintendo “routinely refuses to repair the joysticks without charge when the defect manifests and never disclosed this material defect to consumers.”

There's certainly some truth to those claims. Nintendo didn't bother to address the issue at all until the class-action suit was filed, and even then the statement was lukewarm at best and offers no real fix for the issue. Nintendo's silence has led to gamers seeking their own solutions. There are dozens upon dozens of tutorials online laying out different potential troubleshooting solutions for the issue of drift, though the actual results of those fixes are pretty hit or miss. Some may work for a time before the issue returns, others don't work at all and some require gamers to disassemble their controller — something they may not be comfortable with, especially if they are hoping Nintendo may at some point offer to replace the device.

When Nintendo does offer a fix for a busted Joy-Con, it comes at a price. Some users have reported Nintendo has offered to repair one side of a malfunctioning Joy-Con for $40. It costs $50 to simply buy a new, single side of the Joy-Con and it's cheaper than that if you purchase a refurbished model. That price point makes it pretty unappealing to go through Nintendo's repair process when getting a new or functioning Joy-Con costs just a little more, or even less if you're comfortable with a refurb.

Thus far, the only real solution to the Joy-Con drift issue is to simply purchase another Joy-Con controller. That, of course, is no solution at all. For one, buying a new Joy-Con doesn't come cheap. Because the controllers are packed with a considerable amount of technology — a rumble motor, infrared and motion-detecting sensors, wireless connectivity — the Joy-Con typically retails for $80. That's considerably more expensive than the standard controllers for consoles like the Xbox One or PlayStation 4, and there is no real viable third-party replacement for the Joy-Con that makes it cheaper or more accessible for gamers on a tight budget.

The class-action suit against Nintendo still has a way to go before any sort of actionable change comes. The legal challenge has to be approved to move forward, and the law firm behind the case is gathering information from gamers who may want to join the suit. Seeing as it has already produced an actual statement from Nintendo, perhaps the class-action will push the company to offer some sort of viable, affordable solution for those who are dealing with drift.