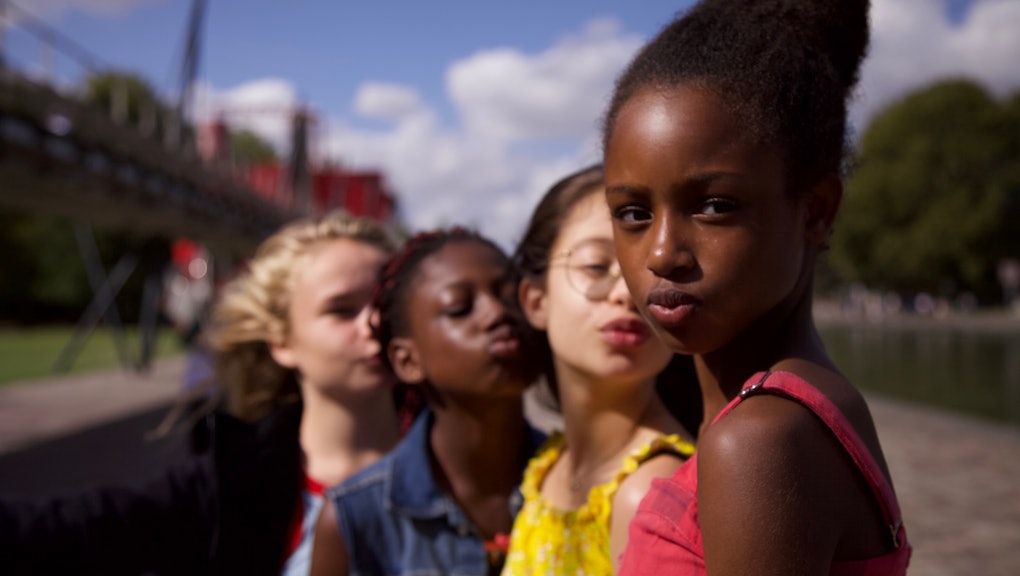 No, Netflix is not promoting pedophilia with 'Cuties'

Here’s the thing about online outrage: it’s rarely nuanced. When a horde of enraged people decide a person, place, thing, or concept ought to be “cancelled,” there’s little room for more measured voices to pipe up and say, “Well actually, I think there’s been a misunderstanding here, guys.” This week, tons of people are angry with Netflix for promoting Cuties, a critically-acclaimed French film that won awards at Sundance, because the film deals with themes of pre-teen sexuality. All the hand-wringing about Netflix promoting pedophilia is completely missing the point, however.

The initial outrage over Cuties began with people taking offense to the poster Netflix used to promote the film in the US, which depicts its four young stars posing provocatively in skimpy dance outfits. To be fair, the art made Cuties look more like Toddlers & Tiaras than a hard-hitting drama about the impact of sexual imagery on young girls’ identities. The harsh criticism prompted Netflix to pull the controversial poster and issue an apology, noting the photo "was not an accurate representation of the film.”

But a movement to scrub Cuties from Netflix altogether has gained major traction in the last 24 hours, with more than 45,000 people backing a Change.org petition that alleges the film sexualizes children “for the viewing pleasure of pedophiles.”

That couldn’t be further from the point of the film, according to director Maimouna Doucouré, who has explained that Cuties is intended to highlight how social media pushes girls to mimic sexualized imagery without understanding why they’re doing so or the dangers involved.

"Today, the sexier and the more objectified a woman is, the more value she has in the eyes of social media. And when you're 11, you don't really understand all these mechanisms, but you tend to mimic, to do the same thing as others in order to get a similar result,” Doucouré told CineEuropa. "I think it is urgent that we talk about it, that a debate be had on the subject."

Cuties is centered on Amy, an 11-year-old Senegalese girl, torn between her family’s traditional, conservative morals and the escape offered by joining her free-spirited neighbor Angelica’s dance troupe. Critics praised the film for its deft handling of sensitive subjects, and Cuties earned Doucouré the world cinema dramatic directing award at this year’s Sundance Film Festival.

While Netflix may have goofed with its choice of key art for the film, the calls to cancel Cuties entirely are misguided and symptomatic of the reactionary ignorance that runs rampant on social media. If successful, the virtual mob will have erased the work of a female director of color, all because they couldn’t be bothered to actually research and understand her film. That’s the real tragedy here. Cuties aims to understand and dismantle the toxic trappings of femininity that society foists on young girls. But ignorant detractors are making it seem like part of the problem instead of a beacon of progress.