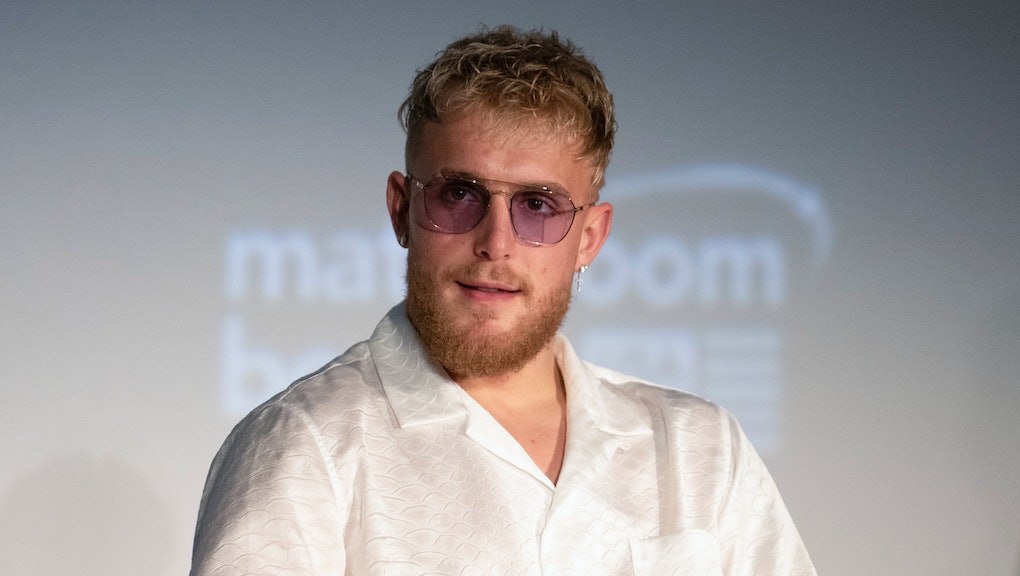 Jake Paul is no stranger to controversy. The YouTube star recently came under fire for hosting a maskless bash in the midst of the pandemic. He was also the target of an FBI raid that ended up in officers confiscating multiple weapons from his mansion. Despite trying to avoid any new headline-making misadventures, the former Disney star shared some alarming opinions in a new interview with the Daily Beast. Certainly, most people would not be surprised to find that the 23-year-old thinks that the coronavirus is a hoax.

“A hundred percent of our nation is shut down due to the 1 percent who’s at risk, so that’s what I meant about how COVID doesn’t make sense to me. It doesn’t add up. There’s something more behind it that the government’s not telling us…” he said, seemingly supporting that the pandemic is some kind of conspiracy, despite the fact that it has killed 260,000 people in the US.

He later doubled-down on the idea adding that he wasn’t sure we should trust medical advice because of “fake news.”

“I don’t think we do know who the health professionals are. People like yourself, or people who go on Twitter and read articles all day, you know, 98 percent of news is fake, so how do we know what’s actually real, and what we’re actually supposed to do?” he said, sharing an unfounded statistic. Throughout the interview, journalist Marlow Stern presses him on his ill-informed views, but Paul pushes back claiming Stern is looking for “clickbait.”

The aspiring rapper-turned-boxer has a YouTube following of over 20 million, yet he clearly feels no responsibility to educate himself about the realities of the coronavirus. Again, it comes as no surprise considering, he said in July he wasn’t sure if he would stop partying, even though COVID-19 was ravaging California. And our own president has shared these same inaccurate and dangerous views.

But, Paul's lackadaisical approach to the deadly pandemic has unfortunately been shared by many influencers, who have openly disregarded coronavirus protocols and set a terrible example for their young fans. Hopefully, most of them know better than to look to Paul, who once urged his fans to "quit school," for advice.

More like this
Phoebe Bridgers and John Mulaney announced tour dates and the internet imploded
By Chloe Stillwell
Dua Lipa has officially distanced herself from DaBaby
By Kara Weisenstein
A depressed comedian does a mental health podcast. The punchline is a profound hour of radio
By Kara Weisenstein
Stay up to date