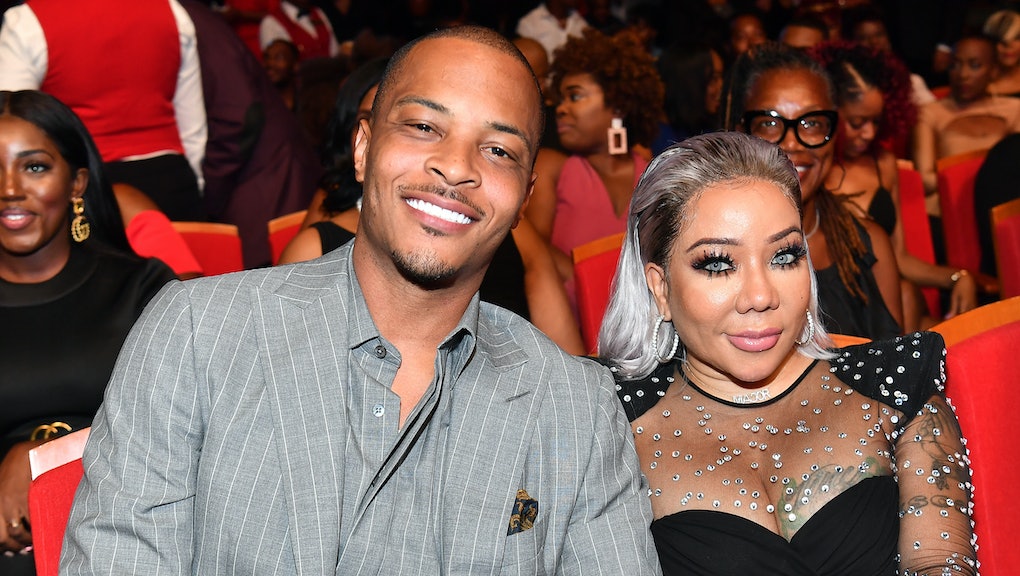 Numerous women accuse T.I. and Tiny of drugging, assaulting, and raping them

One accuser, a veteran who served five years in the Air Force, alleges the rapper T.I. tried to put his foot in her vagina during a nonconsensual sexual encounter in 2005, according to a harrowing letter addressed to California's Attorney General. A former intern, who was 17-years-old at the time, believes believes T.I. and his wife, Tameka “Tiny” Harris, drugged and raped her on a tour bus in 2006, taking her virginity. A woman who met Tiny in the eighth grade and later became the couple’s assistant claims T.I. once forced her to swallow eight ecstasy pills. Yet another alleges the rapper and his associates broke into her home and put guns to the heads of her small children in 2009.

A lawyer has filed complaints with law enforcement authorities in Georgia and California asking for criminal inquiries into numerous allegations of sexual abuse and assault, reports the The New York Times. The development comes weeks after stories of the couple’s transgressions began making the rounds on social media, halting filming of their popular VH1 reality show, T.I. & Tiny: Friends & Family Hustle in early February.

The lawyer, Tyrone A. Blackburn, said in a Monday press conference that his firm is representing 11 accusers but noted he’d been contacted by “over 30 women” who claim that T.I. and Tiny, “aided by several individuals in their employ, have kidnapped them, drugged them, raped them, and terrorized them with threats of death or physical bodily harm.” Blackburn said their allegations are “eerily similar” and span nearly 15 years, beginning in 2005. None of the victims know one another, he added.

The allegations against T.I. and Tiny are extensive and harrowing, and you can read about them in detail here. The New York Times interviewed five people whose accounts are detailed in Blackburn’s complaint, along with friends and family members who corroborated their stories. The accounts paint a portrait of the rapper and his wife as “aggressors who deployed drugs, alcohol, money, and their celebrity status to prey on and entrap women for sexual abuse, and then threatened violence against anyone who might speak out.”

A lawyer for T.I. and Tiny issued a statement calling the claims a “sordid shakedown” and saying they “deny in the strongest possible terms these baseless and unjustified allegations.” The first woman to speak out was Sabrina Peterson, a longtime friend of the couple, who posted on Instagram that T.I. held a gun to her head and threatened to kill her in 2009. Blackburn said Peterson was subsequently swamped with messages from women who said they'd had similar scary encounters with the rapper and his wife.

More like this
The 8 best reality shows you're not watching, but should be
By Brandon Yu
Live from New York: Revisiting the totally bonkers era of post-9/11 'SNL'
By Rafi Schwartz
The first frustrating roadblock in Marilyn Manson’s sexual assault lawsuit is here
By Chloe Stillwell
Stay up to date