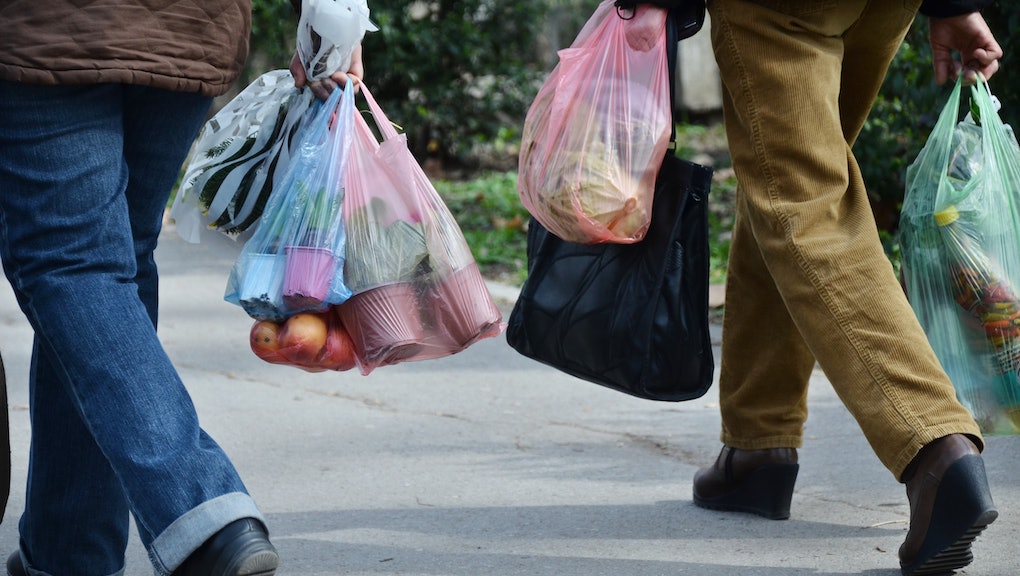 The next time you take a few extra plastic bags from the store to carry home your groceries, picture their remnants in the sand at the beach. Think about where your plastic forks and spoons from your company picnic are going. Because the ugly truth is that all of our plastic use is having a massive effect on the environment – and it's clear from a recent top 10 of plastic trash items found on the beach after a massive cleanup effort that there's a serious issue that we need to stop in its tracks: all this plastic that's floating around. According to the Ocean Conservancy, ocean plastic remains a massive problem.

An estimated 8 million metric tons of plastic waste (from us!) is making its way into the ocean every year, which in turn can impact over 800 species of ocean life. It doesn't just go into the ocean and disappear, either – from there it flows into rivers and other bodies of waters around the world, which in turn ends up on riverbanks, in the ground, and even in the animals who accidentally ingest these plastics.

The top 10 items collected during the 2018 Ocean Conservancy's 33rd annual International Coast Cleanup day, which found over a million volunteers picking up trash to the tune of 23 million pounds in one day, were all plastic or contained plastic. Cigarette butts topped the list, followed by food wrappers; straws and plastic stirrers; plastic dinnerware; drink bottles and bottle caps; grocery and other plastic bags; lids; and then plastic cups and plates. The organization says that 2017 was the first year that the top ten of the most commonly found items during the cleanup were plastic, and worryingly, that happened in 2018 as well.

The most concerning part of all of this is the fact that most of the items in the list are not recyclable, according to George Leonard, chief scientist at the Ocean Conservancy.

"To the extent we talk about recycling as a solution to ocean plastic problems, it would have to get to 50 or 90 percent, which is a huge lift and gets complicated very quickly,” he said of the items on the list.

The organization has set up another cleanup effort for September 21, which is open for any and all volunteers. If we're going to have any sort of change in the future when it comes to lessening our impact on the environment, cleanup is a great start — but the real change is going to have to come from not producing and using (and subsequently littering with_ so many plastic items.

More like this
PPE litter is making Earth's plastic pollution problem even worse
By AJ Dellinger
Leaked calls reveal the conservative "master plan" to tank climate action
By AJ Dellinger
"Brood X," a plague-level cicada infestation, is coming for us this spring
By Rafi Schwartz
Stay up to date