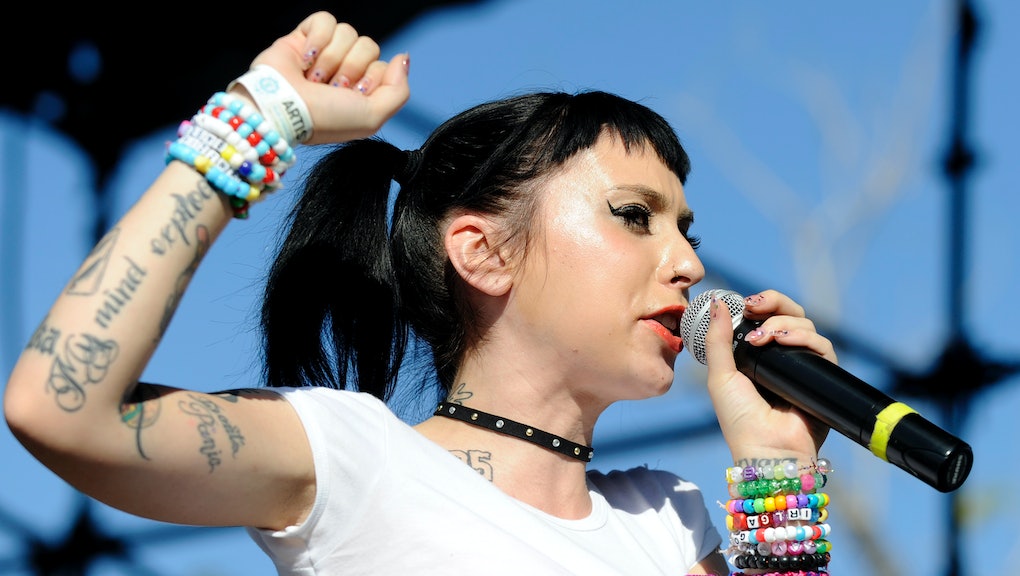 There’s a familiar, Twitter-specific scenario that you’ll experience on most days. A name you haven’t seen in years will suddenly be trending, and dozens of tweets under that topic will gradually reveal if they’ve been canceled, killed, or announced a presidential run. Early YouTube rapper Kreayshawn was the subject of the viral TBT treatment on Monday night into Tuesday morning, when a clip from her only charting U.S. single “Gucci Gucci” made the rounds. “What is this,” asked one user, which is a good question.

Whenever zoomers come for their elders over many of the bad millennial fixations that we’ve already made fun of our peers about (Friends, Harry Potter obsessives, avocado toast,) it inspires fear that they might eventually discover some of the more embarrassing ‘10s pop culture artifacts. Kreayshawn, who hasn’t released a full-length since 2012’s Somethin' 'Bout Kreay, might appear to belong with the proto-Iggy Azalea mold of gaudy white MCs. However, she’s had the sense to avoid many of her missteps and the spotlight altogether in the past half-decade, instead focusing on side-hustles like a jewelry business and podcasting. As a result, her reputation as a fun novelty full of what-ifs remains intact after all these years.

After trending for the better part of an evening, Kreayshawn addressed the sudden surge in interest. “Errr, I'm trending I have nothing to promote...I dropped a weird EP this year,” she said before linking to its Bandcamp, a pair of charities to benefit Black trans women and the NAACP, and her website with resources on defunding the police and systemic racism. Then, she discouraged everyone from streaming or buying the song that was floating around that evening. “P.S Don't buy Gucci Gucci or stream it. I get 0$ and I'm in debt to Sony for 800k,” she wrote.

Kreayshawn was dropped from Columbia Records in 2013, soon after announcing her pregnancy. Her bank account was seized by the IRS in 2015 over unpaid taxes, which she attributes to celebrity manager and accountant Kevin Foster defrauding her and other top clients, like Ne-Yo. It’s a uniquely messy variety of music industry exploitation, but underscores the sad reality for a number of artists who get trapped in bad early contracts. These can function like an albatross, discouraging any future career and leaving endless potential on the table.