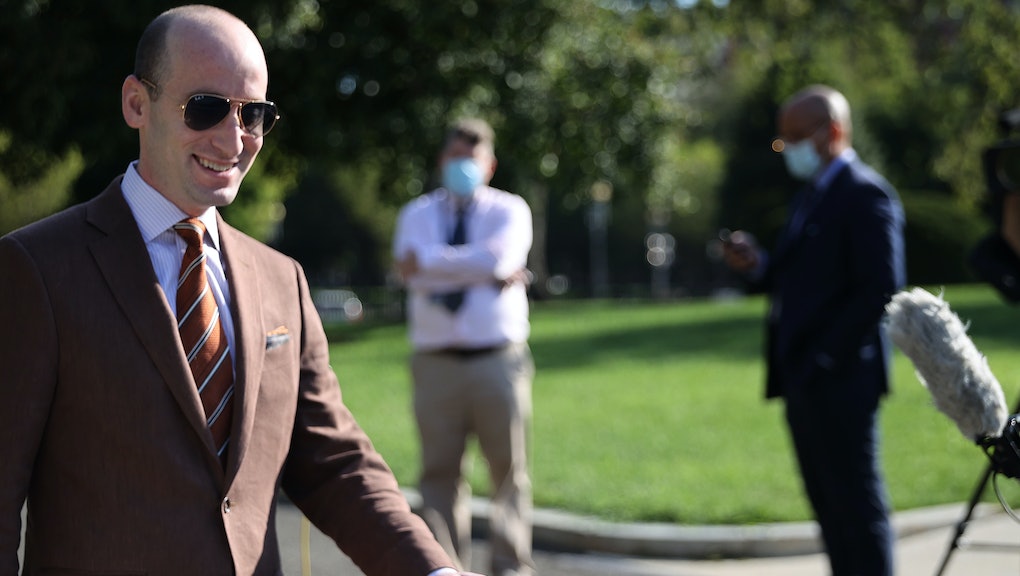 At long last, Donald Trump is no longer president of the United States. Unfortunately, that doesn't mean Trump's poisonous influence has been purged from our lives and — Twitter ban notwithstanding — our timelines. Just moments after President Joe Biden took his oath of office, none other than former top Trump White House adviser Stephen Miller popped up out of nowhere to remind everyone that neither he, nor Trump's brand of xenophobic fear-mongering, are going anywhere anytime soon.

To be sure, there is a certain amount of painful irony in the fact that Miller's very first tweet on his shiny new Twitter account is accusing Biden of being too divisive, while holding up a trio of the Trump administration's most noxious, bigoted policies as examples of serving "all Americans."

Irony aside, however, Miller's newfound outlet for spewing his patented brand of smarmy ultra-nationalism is an unwelcome — but necessary – reminder of the fact that Trump may no longer be president, but his message, and messengers, are still here to lob bad-faith barbs with the express purpose of riling up a conservative base animated exclusively by bigotry and resentment. Miller's blue checkmark-certified account is also a bitter but vital reminder that despite having banned Trump's account specifically, social media companies like Twitter are still largely fine with well-documented racists using their platforms to amplify messages of hate.

In the meantime, Miller's sudden appearance on Twitter offers something of a preview of the next four years (and beyond), as more and more former Trump enablers and associates work to rehabilitate themselves into society without facing any consequences for their role in any number of the grotesque horrors perpetrated by the past administration — many of which Miller himself served as chief architect for.

Donald Trump isn't president anymore. This is an unambiguously good thing. But leave it to Stephen Miller, his most steadfast and controversial adviser, to remind everyone that the wave of resentment and hate that carried Trump into office is still rolling comfortably along.