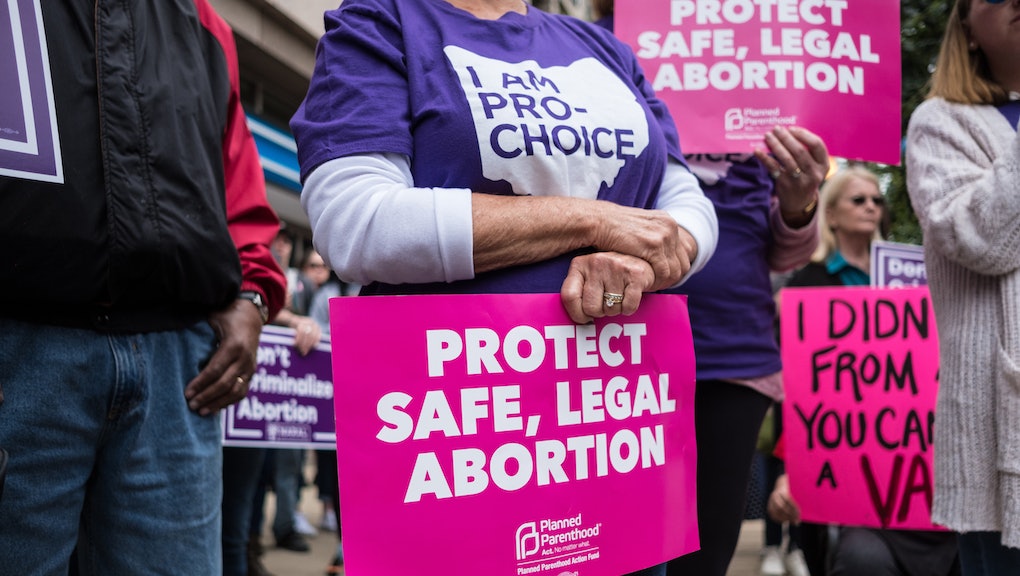 Republican-run legislatures across the country have been racing to craft and pass the strictest abortion laws imaginable in recent years. Lawmakers in Ohio are the latest to get in on this trend with a proposed bill that would place doctors in the impossible position of either performing a nonviable medical procedure or face charges of "abortion murder." The recently introduced legislation would require doctors to “re-implant an ectopic pregnancy” into a woman’s uterus despite the fact that such a procedure is considered to be medically impossible, according to The Guardian.

The proposal brought forth by Republican politicians deals with the challenging situation of ectopic pregnancies. This occurs when an embryo becomes implanted on the mother's Fallopian tube or elsewhere in the body instead of in the uterus. When this happens, the pregnancy cannot go forward. According to the Mayo Clinic, the fertilized egg cannot survive in this state. Allowing it to proceed and allowing the tissue to continue to grow unchecked can result in bleeding and damage that can become life-threatening for the mother. Under the bill, doctors would be required to take the embryo and place it into the woman's uterus — the theory being that it will allow the pregnancy to continue under normal conditions. However, medical professional say that the proposed procedure is not possible. According to the American College of Obstetricians and Gynecologists, an ectopic pregnancy "cannot move or be moved to the uterus, so it always requires treatment.”

The Ohio legislation essentially ignores this scientific fact. On top of that, it would define a fertilized egg as an “unborn child,” putting the doctors in the state in an impossible to navigate position: either carry out a medical procedure that is not possible or face charges of “abortion murder,” which carries a penalty of life in prison. The proposed bill also establishes a new crime called "aggravated abortion murder” which is punishable by death.

This isn't the first time Ohio lawmakers have tried to require doctors to attempt to preserve dangerous and unviable pregnancies. In May of this year, lawmakers attempted to pass a similar bill that would have required doctors to attempt to implant an ectopic pregnancy in a woman's uterus. Doctors and medical professionals pushed back against the legislation at the time, again noting that it is simply not possible to do. By continuing to push the idea, Ohio Republicans are pushing misinformation about pregnancies and abortion, causing confusion for women who experience this difficult and painful medical complication and making the process of addressing these situations medically needlessly complicated for doctors. John Becker, the author of the original bill presented in May and a co-sponsor of the latest piece of proposed legislation, called opponents of the bill "crazy" and claimed opposition came from the "abortion lobby" rather than from concerned doctors who would be placed in the position of carrying out an impossible medical procedure or face criminal charges.

Ohio has been at the forefront of these types of restrictive and extreme measures to attempt to restrict access to abortion, even when it is medically necessary. Last year, the state passed a "heartbeat bill" that made it illegal to get an abortion after the sixth week of pregnancy despite the fact that many women don't even know they are pregnant at six weeks. Reproductive rights groups were able to challenge the law in court and prevent it from going into effect, but these attempts to cut off access to necessary care continue. Given the fact that the latest bill requires doctors to perform an impossible procedure, it seems clear that Ohio lawmakers are not concerned about the lives of mothers or about healthcare but rather are exclusively interested in the politics of banning abortion. Should the bill pass, expect legal challenges to keep it from becoming law — but know that women's lives are being put at risk in Ohio by politicians who are ignoring science and playing politics.