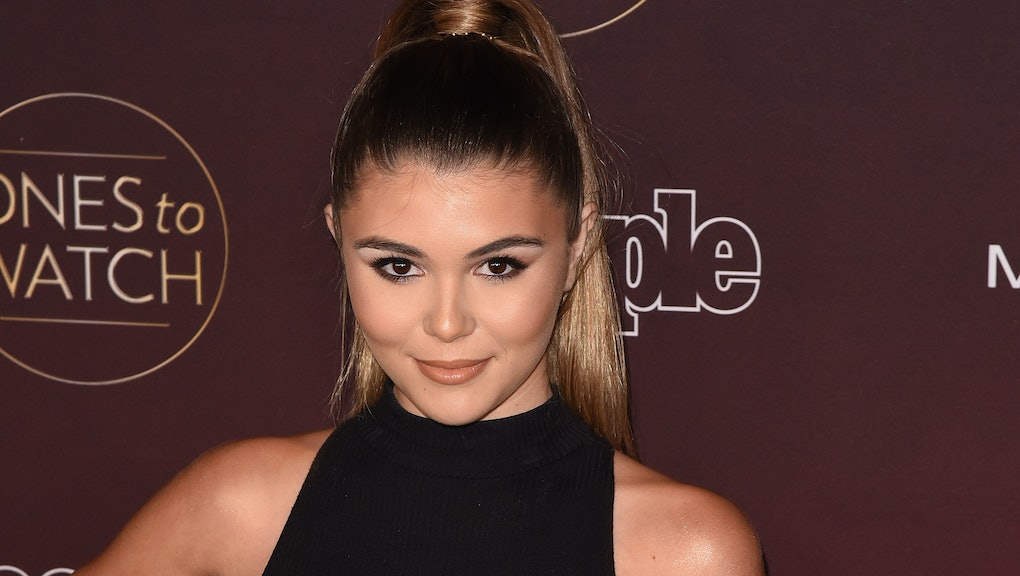 It was always a question of when rather than if, but Olivia Jade has tiptoed her way into a public comeback. On Tuesday, she guested on the most recent installment of Red Table Talk to open up about the notorious college admissions scam hatched by her family. Her parents, Lori Laughlin and Mossimo Giannulli, are currently serving time in prison after pleading guilty to conspiracy charges.

The Jada Pinkett Smith Facebook Live show, which she hosts with daughter Willow Smith and mother Adrienne Banfield-Norris, is effectively the Wembley Stadium of digital media apology tours. Olivia Jade wanted to open up for the first time about the admissions scandal, which involved her parents paying William "Rick" Singer $500,000 to get their daughters admitted to the University of Southern California. Olivia Jade claims she doesn’t want sympathy, but a chance to acknowledge her role in the scam:

“I don’t want pity — I don’t deserve pity. We messed up. I just want a second chance to be like, ‘I recognize I messed up.’ I never got to say, ‘I’m really sorry that this happened,’ or ‘I really own that this was a big mess-up on everybody’s part,’ but I think everybody feels that way in my family right now.”

She describes lying low “for probably three or four months,” as one does when embroiled in a national scandal. Olivia Jade, who claims to have a slippery understanding of what happened in the first place, says she wasn’t mad at her parents, and finally unearthed the concept of white privilege after 20 years:

“To be honest, I wasn’t angry, and I think it’s because I didn’t have a good understanding of what just happened. I didn’t see the wrong in it. Like, 100 percent honestly, when it first happened, I didn’t look at it and say, ‘Oh my god, how dare we do this?’ It was like, ‘Why is everyone complaining? I’m confused about what we did.’ And that’s embarrassing to admit. That’s embarrassing, that I walked around my whole 20 years of life not realizing, ‘You have insane privilege. You’re, like, the poster child of white privilege. And you had no idea.’”

The entire half-hour brings that sort of restrained, probing energy you can expect from Red Table Talk, as it often allows the ethically murky behavior to linger without excessive pushback. But Banfield-Norris doesn’t let Olivia Jade off too easily, finding it “really ironic that she chose three Black women to reach out to for her redemption story.” It’s one of the few moments in the talk where someone punctures the charade, and how things will go from here. “I'm exhausted with everything that we have to deal with in our community and I just don't have the energy to put into the fact that you lost your endorsements. Or you're not in school right now. Because at the end of the day you're gonna be okay,” Banfield-Norris said.

Although Olivia Jade claims she hasn’t spoken to her parents since their sentencing began, they’ll be home soon enough — Loughlin is set for release in a few weeks, with Giannulli to follow early next year. They’ll be a permanent punchline for the rest of their days, but nothing else will fundamentally change.