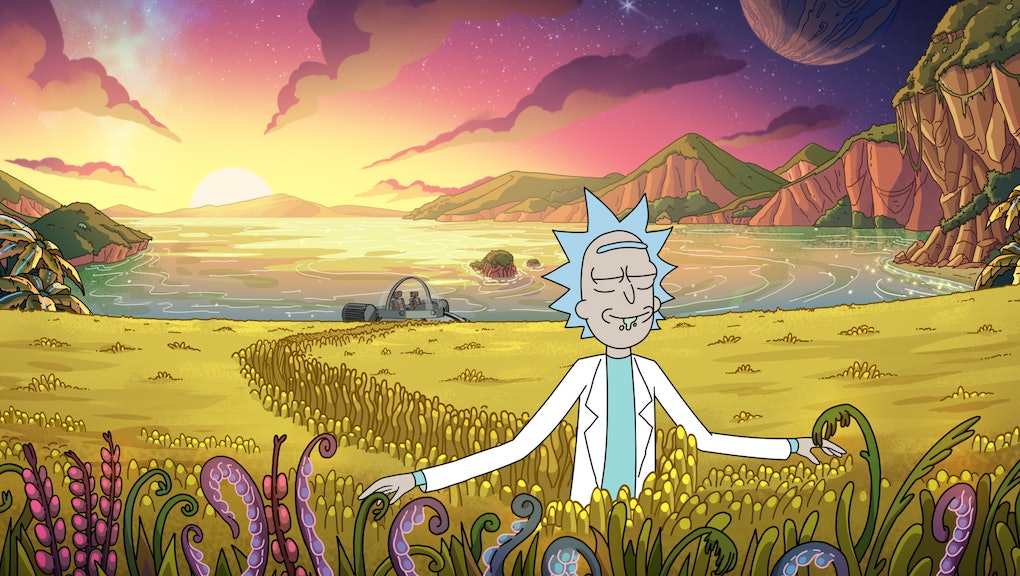 On season 5 of 'Rick and Morty,' the future is certainly female

It may be hard to believe, but Rick and Morty has been on the air for eight years now. The show’s 49 episodes so far, which would’ve made up nearly two full seasons on a standard network sitcom, have been split up between five seasons since 2013. Despite its relatively low episode count, the world and characters of the show now feel deeply familiar. Within the first two seasons, the writers at Rick and Morty had already established a funny and compelling cast of characters to build their show around. Today, the question they’re dealing with is: How do you keep these characters funny and compelling? The writers knew, going into season four, that the show would continue for at least 70 more episodes, so how did they avoid the common problem of sitcoms running out of steam? So far, its fifth season has provided a clear answer: let the characters grow in meaningful, permanent ways.

In the cold open of the Season 5 premiere, Morty confesses his feelings to his long-running crush Jessica, who surprisingly returns his affections. Although the relationship doesn’t quite take off, this storyline marks another step in Morty’s growing confidence and assertiveness. Rick, meanwhile, has softened significantly. Whereas season 1 Rick would treat Beth and Summer as somewhat disposable, often noting that there were infinite versions of them in infinite timelines, Season 5 Rick cares about both of them and isn’t afraid to show it. Rick has been confronted with the fact that his abrasive, reckless manner has put his relationship with his daughter Beth in jeopardy too many times, and he’s changed as a result. As staff writer Siobhan Thompson puts it: “He is a scientist in the best way, in that when faced with evidence, he accepts it and changes.”

Where the evolution of the show is most clear, however, is in the development of its female characters like Beth, Summer, and notably in the season five premiere, Jessica. When asked about the decision to turn Jessica from a one-dimensional love interest to a time god in the show’s premiere, Thompson explained: “I think that was part of why Jeff [Loveness] got excited about it, as he was writing the episode … We’re on season five of this show, there are so many characters which, just by the nature of it being an animated show, are somewhat one-dimensional. And the nice thing about Rick and Morty is that we’re allowed to dimensionalize them … Maybe that’s not going to happen to every single character, but there’s an interesting thing about all of them that we can take a moment to explore.”

Thompson adds that, “One of the challenges and joys of season five is that Rick and Morty is so packed with story, and I feel like you burn five to ten premises in every episode. What was very useful for us writing was looking back at those earlier seasons and going, ‘What are the gifts we’ve been given by these earlier generations of Rick and Morty writers?’ A joke, or a one-off character, or an entire storyline that comes from nowhere, that we can take and make ourselves look like geniuses. How can we use this thing that’s already been set up and explode it and explore it in a way that’s new and interesting?”

Regarding the other female characters like Beth and Summer, Thompson explains how the writers gave them more and more depth as the show went on: “We all felt in the room like they [Beth and Summer] were characters that we’d explored the least, so it felt like a very organic way to show something new and exciting. Me and Anne Lane, who was the other lady in the writers’ room for this season, both of us were fairly vocal about it.”

Thompson herself has written the script for an upcoming episode: “Forgetting Sarick Mortshall,” which airs on September 5, a week before the season’s hour-long finale. The episode focuses on Summer, a character whose role in the show has only grown more significant over the years. “Summer is a very forceful and powerful personality,” Thompson tells Mic. “There’s no way that you can write a character like Summer and not have her push her way into the show. If there’s fun happening, Summer will be there. If you’re a popular teenage girl and your little brother, who’s a fucking dweeb, gets to do all this fun shit and you don’t even get asked, of course you’re going to get involved somehow. There’s nobody wilier than a teenage girl; if there’s trouble, she’ll find it. And, she’s rad. Why wouldn’t Rick want Summer along on an adventure?”

Thompson continues, “The danger with Summer is that she enables some of Rick’s worst instincts. But it’s very fun playing with them together. I think that was an idea that … they tried to make work a few different times but hadn’t quite found the hook of it, and I think emotionally it needed to be this far along in the story. There’ve been some fun Rick and Summer episodes that didn’t end up getting made that were also very delightful. I feel like for every episode we wrote, we broke like four or five different stories. A lot of the things that any other TV show would be like, this is great, let’s just do it,’ (for us) get thrown away or put on the back burner because they’re not quite there yet, they’re not quite good enough. It’s a slow process.”

One final aspect of the show that keeps it feeling fresh is the evolution of Beth and Jerry. Throughout the first two seasons, their marriage constantly seemed like it was heading towards divorce, culminating in their separation throughout most of season three. They reunited at the end of that season, however, and as they reach the end of season five their relationship seems healthier than ever. Thompson explains, “I think that it’s kind of fun to see them enjoying each other and having a good time. Either they can break up forever or they could actually give it a go, and I think it’s more interesting to see them genuinely trying to have a good relationship. And especially at the end of Season 4, with the space Beth revelations … it gives her more of a reason to try.”

“It’s nice to see these dysfunctional people, both of them, genuinely trying to make it work. That was something we hadn’t seen so far in the show. People who watch Rick and Morty have watched every episode multiple times, most of them—how do we keep it fresh in a way that feels real?’ At a certain point you just have to shit or get off the pot. No one wants to see this sad couple existing in this weird purgatory of not liking each other. That’s fun for a little bit, but at a certain point you have to make a choice.”

Despite the gradual evolution of the show’s characters, the writers of Rick and Morty tend not to address writing the show from too much of a long-term perspective. When asked if the 70-episode renewal back in 2018 changed the dynamic in the writers’ room, Thompson answered, “I don’t know if it did. I think that it’s still a show that really gets written episode by episode. I think one of Dan [Harmon, showrunner]’s big focuses on the show is that you should be able to watch any episode on its own and it’s still entertaining. The threat of getting 70 episodes is being like, ‘Great, we can make everything serialized and we can set up a bunch of stuff.’

In general, Siobhan Thompson feels very good about this season as a whole. “I feel very proud of the work we did. I think that we got to do some really cool stuff and explore some really fun ideas, and some of it is also really stupid. I feel like that’s the basic goal of this show: ‘Oh yeah it’s really intelligent, but God, it’s so dumb.’”