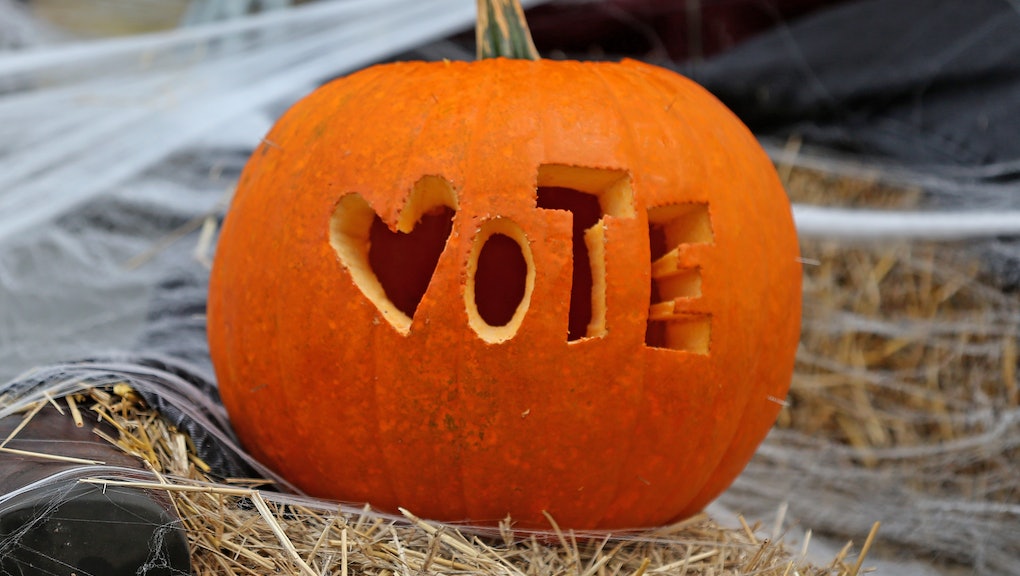 Once again, the youth vote could save us all

It is a sad and unfortunate feature of American politics that elections have increasingly become a generational contest between aging conservatives who would like to keep the world as static — even regressive — as possible for their remaining years on Earth, and the younger progressives who would rather fix things now than have to live in a wasteland of their elders' making. This schism between young and old, millennial and boomer, future and past, is on stark display in a new nation-wide SurveyMonkey-Tableau poll conducted for Axios, which shows President Trump trailing among youth voters (those under the age of 35) in the overwhelming majority of states. In fact, the only states in which younger voters were expected to throw their support behind Trump were ones already expected to remain solidly red regardless.

Perhaps most important of all, the poll — conducted over the course of this past summer, with more than half a million likely voters surveyed — found that voters under 35 supported former Vice President Joe Biden over Trump by double-digit margins in traditionally deep red states like Texas, Georgia, and South Carolina, as well as in battleground states like Florida, Pennsylvania, and Ohio. He also had a lead in Republican-leaning states, like Alabama, Kentucky, and Alaska, though it was much narrower.

The caveat to all this, however, is whether or not those younger voters actually turn out to cast their ballots. While the 2020 election is expected to see record high voting numbers, that's not necessarily a guarantee that younger voters will participate en masse. In the 2018 midterms, for example, only 28% of eligible voters under 29 years old actually cast their ballots, according to a study from Tufts University. In 2016 the numbers were considerably better — 50% voter turnout in that same age range — with a double-digit preference for Hillary Clinton over Trump.

Still, the recent Axios poll suggests good news for the Biden campaign (and Democrats looking ahead to future elections) thanks not only to the margins in their favor — which, while notable, seem to align fairly well with the conventional wisdom that younger voters lean blue — but also given where those margins are.

"It's certainly striking, when you look across all of these states together, how sweeping it is, how Democratic Gen Z and the millennials are," SurveyMonkey's chief research officer Jon Cohen told Axios.

In other words, it's not just that younger voters are rejecting Trump on a massive scale. It's that they're doing it where it could count the most, too.

But, cautioned Cohen, "there is the conditional 'if they vote.'"

More like this
Title IX will once again protect against gender identity discrimination
By Rafi Schwartz
Americans are feeling something weird and unfamiliar: optimism
By AJ Dellinger
This very bad Florida voting bill furthers the GOP push to disenfranchise voters
By Vanessa Taylor
Stay up to date