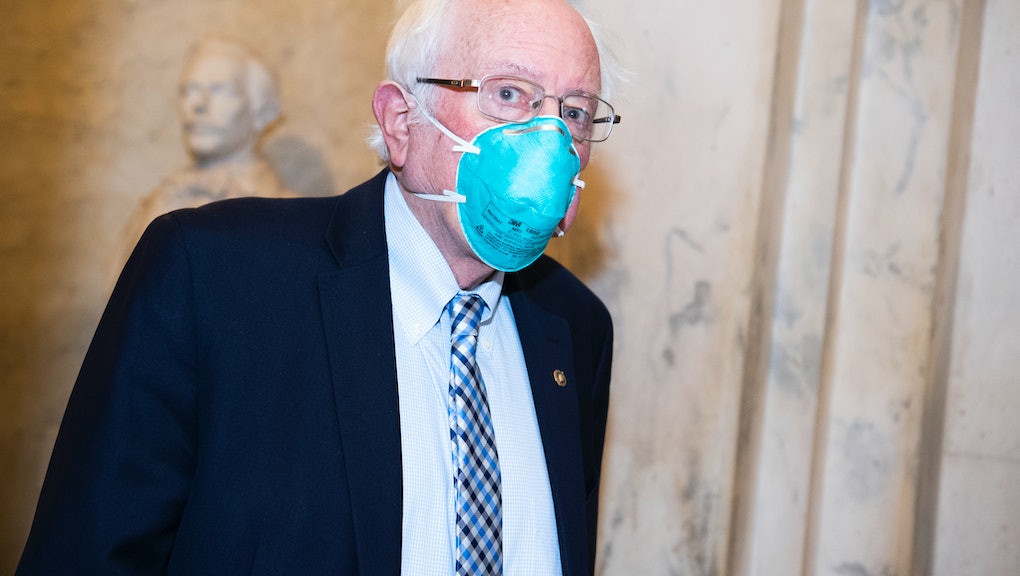 At first glance, Sens. Bernie Sanders and Josh Hawley are hardly what you would call ideological compatriots. Sanders, an avowed Democratic socialist and two-time presidential contender, is arguably the standard-bearer for progressivism in the United States. Hawley, on the other hand, is an arch-conservative in the Trump-y "nationalist populist" mold, and has had his name bandied about as a potential presidential candidate in 2024.

So, yeah, not much in common — except, as it turns out, when it comes to making sure that there is a second round of coronavirus stimulus checks ready to be deposited in your bank account as quickly as possible.

While negotiations over a second federal coronavirus relief package have largely stalled, the pairing of an avuncular leftist and rising Trumpian heir has become an unlikely unified force, demanding the government repeat the $1,200 per-person payments it issued this past spring.

"In the midst of so much economic desperation, Congress cannot go on recess without providing this $1,200 emergency assistance to the American people in their time of need," Sanders said in a press release announcing his and Hawley's amendment to create the payment program before the holiday break. "I look forward to working across the aisle with Sen. Hawley to ensure that the United States Senate passes this amendment."

Speaking on Friday, however, Sanders backed off his plan to block a vital spending bill to keep the government operating, after the Senate passed an emergency stopgap measure allows the government to remain open for another week. But, Sanders vowed, he would not be so magnanimous next time.

Hawley echoed Sander's optimism — and implied threat — that their stimulus check amendment would be taken seriously when the stopgap bill expires next week.

"I think there's a lot of different vehicles that could be moving next week," Hawley explained, suggesting that the time crunch could work in his and Sanders's favor.

Sanders also acknowledged the odds that his amendment will get a vote are likely to go up next week, explaining that "the alternative is we’re going to spend Christmas here."