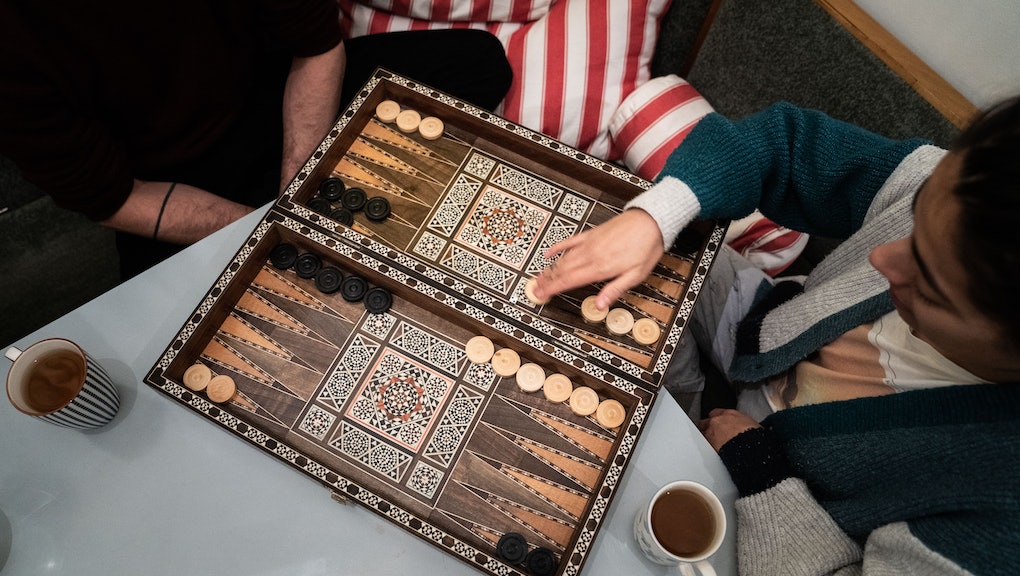 Online board games are having a moment

There are an infinite number of ways to spend 16 hours awake at home every day. Sourdough starters and Animal Crossing appear to be the internet’s current fixation, along with addictive, mind-addling series like Tiger King, the collective streaming obsession of the moment. But there’s still a limited number of ways to connect with friends. After the first Zoom call or two, you start to run out of things to talk about. (“How was your day?” only goes so far when everyone's stuck at home.) People need ways to engage with one another, even if through unconventional methods.

Board games have been my distraction of choice at home. Along with puzzles, they're structured, if not quite productive activities that I didn't play on a daily basis before quarantine. They feel separated enough from the outside world to act as a remedy for reading too much harrowing news, and can be a close approximation to hanging out with friends when rigged up to Zoom. Games like Boggle and Jenga can be easily played with just two people at home, but anything requiring more players might call for some tinkering.

There are a number of digital platforms, like the Jackbox Party Packs, that work quite well with people in different places. If the host shares their screen, everyone can use their phone as a de facto controller or buzzer depending on what the game calls for. This is maybe a bit closer to video games — which are also recommended, if with a slight barrier for entry to some — than the dwindling analog options under quarantine.

Laura Wagner, a senior staff writer at Vice, has been spending time on the site Board Game Arena during the early weeks of quarantine. The website, much like Jackbox games, fuses the shared experience of board games with a platform you can access online. Two weekends ago, she hosted six other people on Zoom for a game of Sushi Go, a bright card game where you try to create the best combination of sushi dishes. “That one translates really well to a computer — it feels very communal,” she said.

Board Game Arena is the perfect kind of low-stakes, low barrier for entry gaming. It’s similar to getting into Animal Crossing — but significantly more affordable and less time-consuming. “I considered buying a Switch, like literally every other person on earth, but I’ve never had a video game and I’ve historically been terrible at them,” she says. “So in addition to doing puzzles and reading and other super analog things, this was another thing to add to the rotation.”

Board Game Arena is run by just two people in France. Gregory Isabelli, who lives in a Paris suburb, had been commuting two hours to work every day. As he tells it, he grew tired of wasting that time, felt there was a need for an updated online board game platform, and started this project in 2010. “The existing websites for playing online were poor and technically outdated, so the plan was to build a real service for the board gamers,” he says.

For the first six months, it featured just five games and was only available in France. It quickly grew to be a success, so he brought on an associate, Emmanuel Colin, and expanded its reach to be international. They introduced the paid premium tier four years ago, which allowed them to quit their previous jobs and offer payouts to game publishers hosted on the site. Access to premium runs for just $4 a month or $2/month if you commit annually, and comes with 15 additional games only available to paid members.

He noticed a significant uptick in traffic on March 12, when Italy began its national lockdown. Italy’s web traffic to Board Game Arena multiplied by 6 or 7 times the average within two days, and each subsequent country to quarantine has seen similar spikes. One month ago, the site averaged 25,000 games played per day worldwide. On March 28, that total rose to 130,000 games played. “The current situation is totally unexpected and it changed all our plans. Now we are 100% focused on increasing the service capacity,” Isabelli says.

Although Board Game Arena does the heavy lifting for sharing screens and keeping moves private and coordinated, boxed games require a bit more creativity. A select few traditional games, like Boggle, Yahtzee, or Jenga, work well with just two people at home. But most every other game requires a small group to finish, and presents a distinct set of challenges for competitive games that involve heavy trading between players. Some of the more imaginative players have found workarounds for getting these games to work over teleconferencing apps.

Stef Lewandowski, a London-based product manager, was one of the first Zoom board gamers I encountered in the wild. He first attempted Settlers of Catan by mounting his phone in a tripod set up over the game board. His family had the board and their set of resource cards in one room, and his friend on the computer just used his own set of Catan cards to maintain a hand. “The tripod standing over the game board feels a bit risky, and we were worried we would knock it over and break the phone,” he says. “So next time we'll look at how to fix it to the table so it doesn't feel so precarious.” He also might set up a camera that takes high-resolution photos of the game board every few seconds, to reduce blurring from the video stream.

Lewandowski found that it’s harder to replicate gameflow when everyone’s in a different place, so a more team-oriented game could be ideal. “It might be that the best kind of game to play like this isn't a competitive one, but one where the players all collaborate,” he says. “That way you don't have that issue of players holding a private hand.” He’d already purchased three new ones — Escape the Dark Castle, Takenoko, and Sushi Roll — to test out the theory.

Pandemic, another collaborative game, can be viewed through the same lens of morbid relevance as everyone rewatching Contagion or Outbreak for clarity or masochism. Eric Thurm, a writer, organizer, and author of Avidly Reads: Board Games, plays the Pandemic mobile game most mornings. He says it might paint a decidedly rosier picture than those films, and far from reflects our government’s disastrous response. "Pandemic is actually pretty optimistic about how we would respond to this kind of global event, almost to the point of being naive,” he says. “You're playing as agents of the CDC who are actually able to get things done and treat outbreaks across the world, the disease only moves along certain lines on the map rather than just getting spread around by rapid global travel, and there's a chance you'll actually be able to develop a cure. Sounds nice right about now!”

Of course, narrative board games were rarely ever designed to be mere escapism. Monopoly was originally conceived by Lizzie Magie as a radical proponent of the single tax theory in 1903, decades before Parker Bros. would license the game for sale. Thurm points out that the upheaval of World War II also led to an array of propaganda games, seizing another moment where most people were staying home.

Although it’s far too early for the board game industry to produce something in response to the coronavirus outbreak, Pandemic isn’t without its lessons in how an ideal society would react to a seismic public health crisis. “If there's something for people to take away from playing Pandemic right now, I think it's the basic value of collective problem-solving, and collaborating with your friends and the people around you in a crisis,” Thurm says. ”Also maybe that public health is hard, and we should probably have a government and societal infrastructure that actually cares about it.”