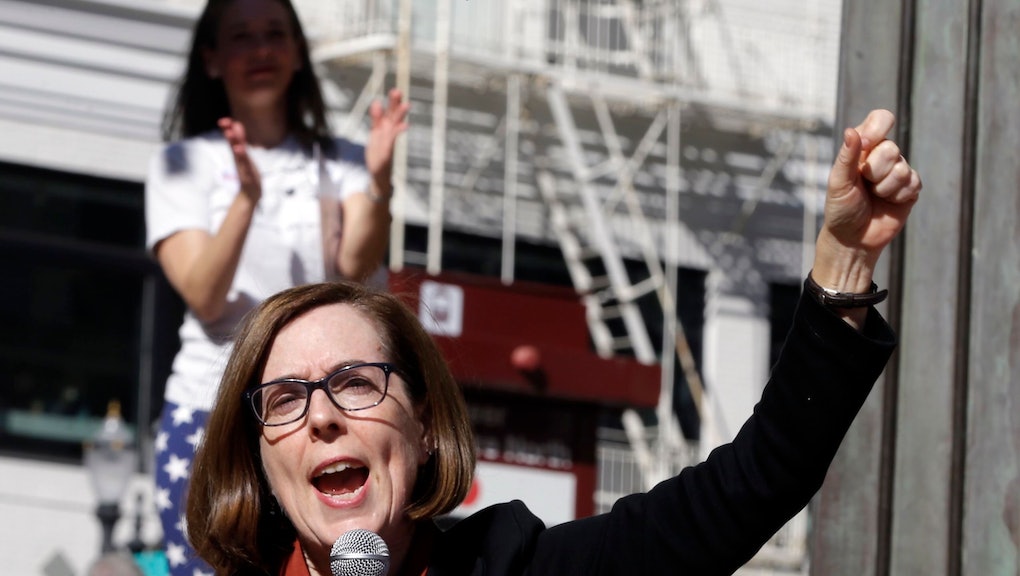 This week, Oregon was set to vote on the Clean Energy Jobs Bill (HB2020) which would have represented a historic commitment to reducing carbon emissions across the state’s energy, transportation, and industrial sectors — introducing a state-wide “cap and invest” program. So far the bill has had a smooth ride through the majority Democratic state congress, however the state’s Republicans, arguing the bill will hurt rural communities and industries, have skipped town in protest. Because congressional rules require that a quorum (a sufficient number) of members is present to vote on legislation, Oregon’s congress will be unable to vote on anything until the Republicans return.

The bill aims to cut emissions levels to 45 percent below 1990 levels by 2035 and 80 percent by 2050. It plans to achieve this ambitious goal by charging high-emitting enterprises for exemptions from certain clean energy requirements while they transition to cleaner fuels, using the revenue generated from that to invest in sustainability and carbon reduction initiatives. Over time, the number of exemptions will be decreased, forcing more industries to transition to sustainable practices, until emissions fall below target levels.

Congress takes a month-long recess starting July 1, meaning that any legislation not voted on during this session will have to be reintroduced after the break ends.

The state’s Democratic Gov. Kate Brown has ordered state police to begin tracking down the rogue lawmakers. “It would have been historic for Oregon, historic for the country, and frankly historic for the world,” she said during a press conference Thursday. “Unfortunately, Senate Republicans have failed to show up and failed to do their jobs.”

A similar program to the Clean Energy Jobs Bill has been in effect in California and parts of Canada through the Western Climate Initiative, a nonprofit that manages carbon emissions trading programs. As a member, Oregon would be a participant in the regional exemption market, where the prices of the exemptions sold to companies across state lines is managed through an auction process. This method of curbing carbon emissions has its skeptics, who have noted that some companies will buy and stockpile exemptions without actually offsetting their emissions through sustainable means (like planting more trees or putting carbon scrubbers on factory exhausts). However, by expanding the model to more states, advocates hope that the increasing trend towards renewable energy, and the institution of stronger legislative enforcement mechanisms, will put pressure on polluters to switch to renewables for real.

According to The Oregonian, the state “legislature has the ability under the state Constitution to have a sergeant at arms or — with the governor’s approval – the Oregon State Police arrest absent members in order to compel their attendance at the Capitol.”

At least one of the missing Republicans, Sen. Brian Boquist-R, voiced intentions to stay away by any means necessary if troopers attempted to escort him back to the Senate. “Send bachelors and come heavily armed,” he said. “I’m not going to be a political prisoner in the state of Oregon. It’s just that simple.” Thus far, none of the Republicans have returned despite Gov. Brown announcing that she will fine each absent lawmaker $500 a day until they return.