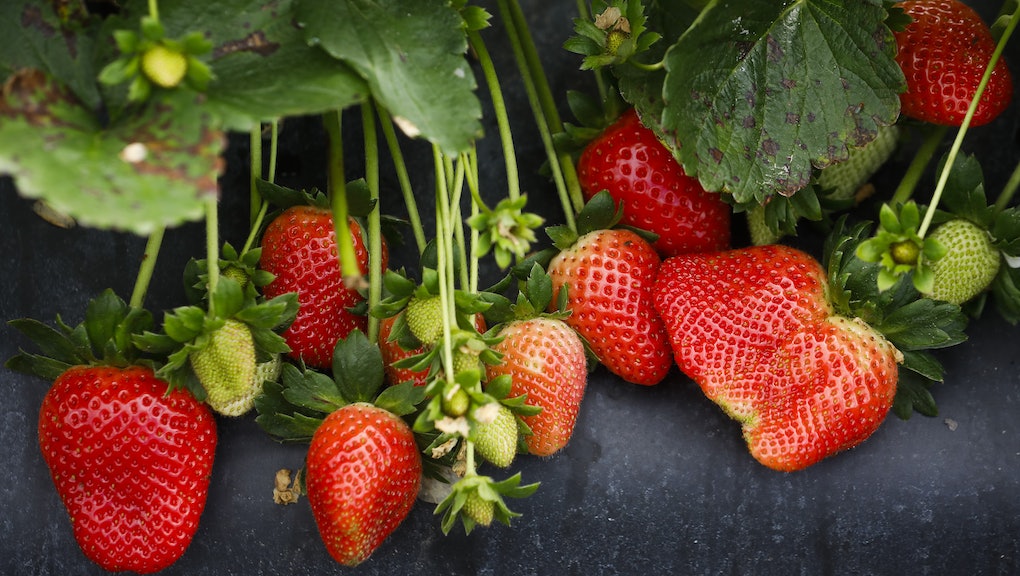 Whether you're buying produce in the store or growing it in your garden, seeing bug-bitten leaves on your plants can be a real turn off. Frankly, many people might feel compelled to avoid them completely, thinking the fruits might have a disease. But bug bites on leaves aren't always a sign of something bad. According to a study conducted by Texas A&M AgriLife Research scientists, bug bites on the leaves of organic fruits and vegetables can trigger a defensive response that increases antioxidant compounds in the produce. This makes the produce more beneficial for eating, the team claims, and overall healthier for people.

The study focused on strawberry plants. The team of researchers mimicked bug bites by applying different levels of 'injuries' to the plants' leaves a few days before harvesting the fruit. After harvesting, the scientists examined the fruits to check on whether they reacted to the stress.

It was known to the researchers that all plants naturally react to changes in the environment and damages caused by the environment by switching on different parts of its metabolism. It's the reason why some folks in the organic agriculture industry claim organic produce, even bug-bitten ones, have more phytochemicals — natural plant chemicals that can help our immune system — than non-organic produce. Dr. Luis Cisneros-Zevallos, an AgriLife Research horticulture and food scientist, led this study to figure out if the claim held any truth.

"There was the existing idea proposed by others that insects present in the field in organic farming could cause a stress response in the plant and increase antioxidant compounds," said Dr. Cisneros-Zevallos to Phys.org. "However, this hypothesis or concept was never tested until now, where we mimicked the damage caused by insects."

While insect bites on leaves look unpleasant to a grocery shopper's eyes, the findings from this study indicate that not all insect bites are a bad sign. Thanks to the natural stress response of the plants, bugs could actually be a big help to making better produce.

"In our study we proved that wounding leaves in plants like those caused by insects produce healthier organic fruit," he continued. "Understanding how these antioxidants are produced by a simple stress like wounding can certainly transform the way the fresh produce industry operates, including both organic and conventional. And it may allow the industry to adopt novel tools based on pre-harvest stress to favor the accumulation of healthier antioxidants in fresh produce and processed foods."

His colleague in the study, Dr. Facundo Ibanez, seemed to agree. "Healthier grown produce for the food industry can be a driving force for large-scale production," he stated. If the prospect is attractive enough to investors and industry stakeholders, he suggested, perhaps there will be other, similar studies done on different crops as well.

More like this
The U.S. is spending millions to develop a nuke-powered spaceship
By AJ Dellinger
What cities will be most affected by climate change?
By Vanessa Taylor
"Brood X," a plague-level cicada infestation, is coming for us this spring
By Rafi Schwartz
Stay up to date