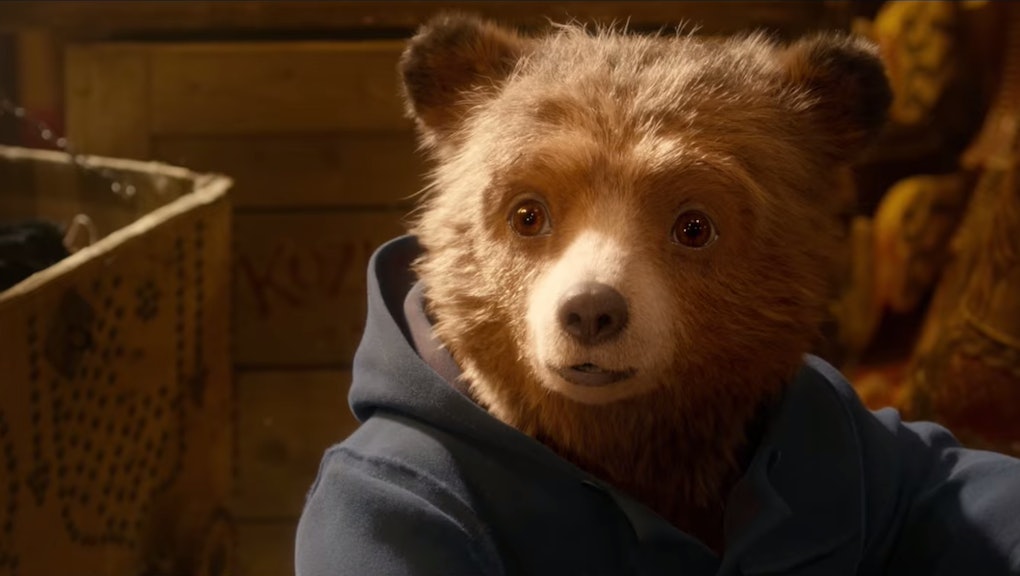 The 1941 movie Citizen Kane is often touted as the greatest film of all time. Until recently, it had a perfect score on Rotten Tomatoes, the movie review aggregation site, with a certified 100% fresh rating. Then, the site dug up an 80-year-old negative review that ran in the Chicago Tribune on May 7, 1941, which lowered Citizen Kane's rating to 99%. That one percent shift, it turns out, was pretty monumental. The universally-beloved 2017 movie Paddington 2 still has its perfect score — meaning a G-rated flick about a bear from Peru is now officially the highest-rated film on Rotten Tomatoes.

There seem to be two sorts of people in the world: those who've seen the Paddington movies and evangelize them, and those who haven't and don't get the hype. For the uninitiated, the first Paddington follows the Peruvian bear as he immigrates to London and is adopted by the Brown family, all while grappling with xenophobia and dodging an evil taxidermist played by Nicole Kidman. Paddington 2 is about the fuzzy guy getting framed for theft and thrown in prison while the Browns try to nab the real criminal, a washed-up actor played by Hugh Grant. Both movies preach kindness in the absence of justice; Paddington's catchphrase is: "If we are kind and polite, the world will be right."

Paddington writer and director Paul King joked to The Hollywood Reporter that if Citizen Kane director Orson Welles were alive today and "had access to the kind of technology" available now, he might have made a movie "nearly as good" as Paddington 2. "But he had to make do. He had muster his meager talent into merely knocking out Citizen Kane," King said.

On a slightly more serious note, the filmmaker said it was flattering to be on any list with Welles' classic. "But it is obviously quite an eccentric list that goes from Citizen Kane to Paddington 2, so I'll try not to take it too seriously," King noted. "I won't let it go too much to my head and immediately build my Xanadu," he added, referencing the lavish fictional estate of Citizen Kane's title character.

Unsurprisingly, the internet was overjoyed that Paddington 2 was crowned the best film on Rotten Tomatoes. Lots of folks celebrated the marmalade-loving bear getting the recognition they feel he deserves.

Meanwhile, Paddington 3 is actively in development, and fans of the franchise have been speculating who will follow in Kidman's and Grant's footsteps as the star villain. Popular suggestions have included Daniel Radcliffe, Toni Collette, and Olivia Colman. King previously said he won't be directing the new film but will still be involved. (Maybe he'll reconsider, now that Paddington 2 is such a critical darling.) He's currently directing Wonka, a Willy Wonka origin story slated for release in 2023.

This article was originally published on April 28, 2021

More like this
The 8 best reality shows you're not watching, but should be
By Brandon Yu
Steve from 'Blue's Clues' gave us the closure we didn't know we needed
By Kara Weisenstein
Daniel Craig's take on a woman playing James is both right and terribly wrong
By Kara Weisenstein
Stay up to date