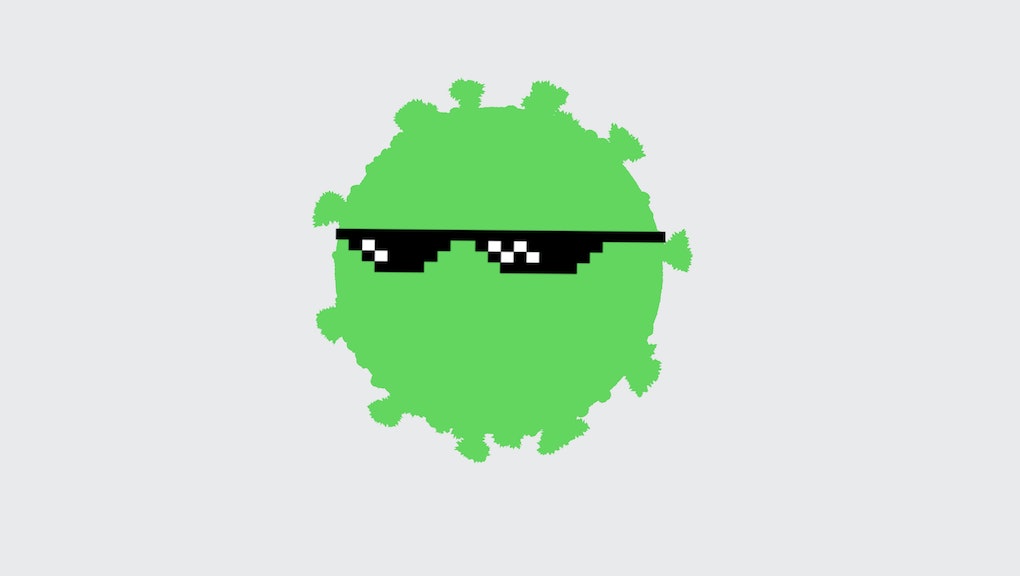 “Panny,” “panettone,” “panini”: Why silly pandemic nicknames are getting us through it

I’m not much of a nickname person, and when I do use them, they're reserved for immediate family members and close friends. If I call you by a nickname, you hold a special place in my heart — which is why I was confused when I, like many others, started referring to the coronavirus pandemic as the "Panera Bread," the "panettone," the "panini" (my personal favorite), the "panny", and pretty much any word beginning with “pan.” After all, I have zero sentimental attachment to the pandemic. But the more I thought about it, the more I realized that while nicknames I use with my nearest and dearest help me feel closer to those people, “panorama” and “pandemonium” actually distance me from a pandemic that’s been pretty much all-consuming. Pandemic nicknames help me cope.

It makes sense, psychologically, according to San Francisco-based therapist Tess Brigham. We tend to nickname other people to form bonds with them, she explains. But those of us who nickname the pandemic probably do so “as a way of just making something lighter that has been so difficult and heavy,” she says, noting it’s not unlike true crime podcasts that infuse heavy subjects with lightness while remaining respectful of victims. The hosts of My Favorite Murder, for instance, refer to their fans as “murderinos,” while the True Crime Obsessed hosts describe people as “garbage” and “non-garbage.”

But the pandemic nicknaming trend — the success of which the New York Times credits largely to a space that has shaped many a trend, Black Twitter — didn’t start until several months after the initial lockdowns. Why did they take so long to catch on?

Part of it, Brigham suggests, is that so much remained unknown a year ago, when many of us were still in shock and denial. But now, the pandemic feels familiar and ubiquitous — kind of like the scary boss you might nickname “The Micromanager.” “I think in general, people are tired, and they just want to find something to laugh about,” Brigham says. Plus, she notes, the nicknames help us create distance from this thing that’s destroyed so much, which makes talking about it easier.

While Brigham supports doing what you need to cope, she emphasizes that it’s also important to be intentional about the nicknames you choose and consider how others might interpret them. For example, she discourages the use of nicknames with racist undertones, like “Panda Express” — particularly considering the heightened racism and violence against Asian Americans that’s in part thanks to Donald Trump recklessly blaming the pandemic on China.

Unsurprisingly, pandemic nicknames have surfaced mainly among Millennials and Zoomers, but Brigham doesn’t think that’s only because we’re Extremely Online. As she points out, research has shown that the pandemic has had a greater impact on the mental health of younger people.

And it’s no wonder. Job loss during the pandemic has disproportionately impacted young people, as the industries they tend to work in (like retail and dining) have been among the hardest hit. Brigham has spoken to many people who have struggled to land jobs after graduating or lined up jobs that ultimately fell through due to the pandemic. “The other part of it, too, is that with older people, their lives are a lot more established,” she says. For the most part, "they’re not going out to clubs and bars.” Brigham, who is married and has a kid, says the pandemic has affected her — but probably not as much as, say, a young person whose main social connections were their coworkers and now spend their days alone in their apartments.

“There’s this idea that if you have no kids, everything’s easier for you,” yet the pandemic has been incredibly isolating for young people, Brigham says. “I think that’s important to understand.” The pandemic has disrupted every aspect of her younger clients’ lives, denying them weddings, graduations, and other milestones. On top of that, the recent media coverage of spring break in Miami has led many to blame their generations for worsening the pandemic — even if those partiers represented only “a sliver of the group,” Brigham says. Meanwhile, Millennials and Zoomers in some states have been watching older adults around them get vaccinated while they continue to wait for their chance.

Thankfully, vaccine eligibility is rapidly expanding to include younger people, and the CDC has relaxed its guidelines on protocol for fully vaccinated people. But we still have a ways to go, and at this point, many of us have accepted that we won’t be “returning to normal" — or at least not the same normal we left behind. As Brigham points out, the pandemic has changed us irrevocably, and while we do see glimmers of hope, we’re tired. Panny nicknames help us do what we can, right now, to push through the final stretch. They make this tragedy a little less sad and a little less scary — and provide us with a little levity when we need it most.

More like this
These organizers are fighting to make sure non-English speakers get vaccinated, too
By Vanessa Taylor
These depression videos on YouTube are pushing dangerous myths
By Andrew Devendorf
Your smaller pandemic friend group is actually a good thing
By Joseph Lamour
Stay up to date