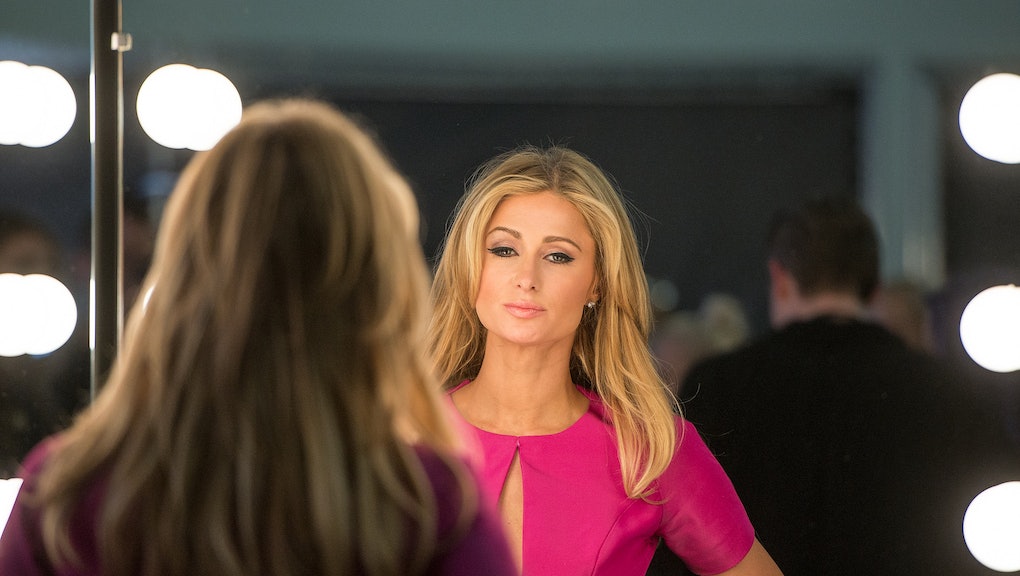 Paris Hilton: "I was verbally, mentally, and physically abused” daily at a Utah boarding school

She’s best known for accessorizing with a tiny chihuahua and for the catchphrase, “That’s hot.” But in a courtroom in Utah on Monday, aughts reality star and heiress Paris Hilton gave harrowing testimony about a far darker time in her life. As a teenager, Hilton spent time at several treatment centers for troubled teens, including 11 months at Provo Canyon School. The 39-year-old celebrity told lawmakers she was "verbally, mentally, and physically abused on a daily basis" when she was enrolled there for almost a year at 16. She urged them to pass a bill mandating stronger government oversight of youth facilities.

The legislation passed unanimously after Hilton and three other survivors shared heartbreaking accounts of the cruelty they endured at Provo Canyon. “Without a diagnosis, I was forced to consume medication that made me feel numb and exhausted. I didn’t breathe fresh air or see the sunlight for 11 months,” Hilton recalled. She said she was locked in solitary confinement “for no reason” repeatedly. "One day in isolation felt like a week. That small room covered in scratch marks and smeared blood with no bathroom is one of the most vivid and traumatizing memories I’ve ever experienced in my entire life,” she said.

Hilton told Utah lawmakers that the abuse she endured still haunts her today. "For the past 20 years, I’ve had a recurring nightmare where I’m kidnapped in the middle of the night by two strangers, strip-searched, and locked in a facility," she said. "I wish I could tell you this haunting nightmare was just a dream, but it is not.

“When I was 16, two transporters woke me up in the middle of the night with handcuffs," Hilton continued. "They asked me if I wanted to go the easy way or the hard way. They carried me out of my home as I screamed at the top of my lungs for my parents' help.

"There was zero privacy. Every time I would use the bathroom or take a shower, it was monitored," she said. "At 16 years old, as a child, I felt their piercing eyes staring at my naked body. I was just a kid and felt violated ​every single day.​"

Maybe if I stop their nightmares, it will stop mine too.

Hilton first addressed the trauma she experienced in the 2020 documentary This Is Paris. Other survivors of Provo Canyon also came forward after its release, including tattoo artist Kat Von D, who called her time at the boarding school “the most traumatic six months of my life" in an Instagram video.

Provo Canyon has faced other allegations of abuse and lawsuits from past patients, from the 1970s until today, as detailed in a disturbing investigation by The Salt Lake Tribune from last year. The center is still in business and claims that conditions at the school have vastly improved in recent decades, citing an August 2000 change of ownership. But Hilton pointed out that one longtime staffer, who "would brag to other students that she was the one who broke Paris Hilton," was only fired in October 2020, after her documentary aired.

The socialite told the Utah legislature she's seeking change so other victims aren't subjected to the same abuse. "I don’t know if my nightmares will ever go away, but I do know that there are hundreds of thousands of kids going through this right now." Hilton concluded in her testimony. "And maybe if I stop their nightmares, it will stop mine too."

Hilton said she plans to pursue federal legislation, and called on President Biden and Democratic leaders in Congress to denounce child abuse and take action on the national level. “This is just the first step,” she told reporters.

More like this
Buckle up: The investigation into the Jan. 6 insurrection is just getting started
By Rafi Schwartz
Feds bust Capitol rioter after a grandma gossip chain identifies him as a January 6 insurrectionist
By Rafi Schwartz
All 4 officers involved in George Floyd's death will face federal charges
By AJ Dellinger
Stay up to date