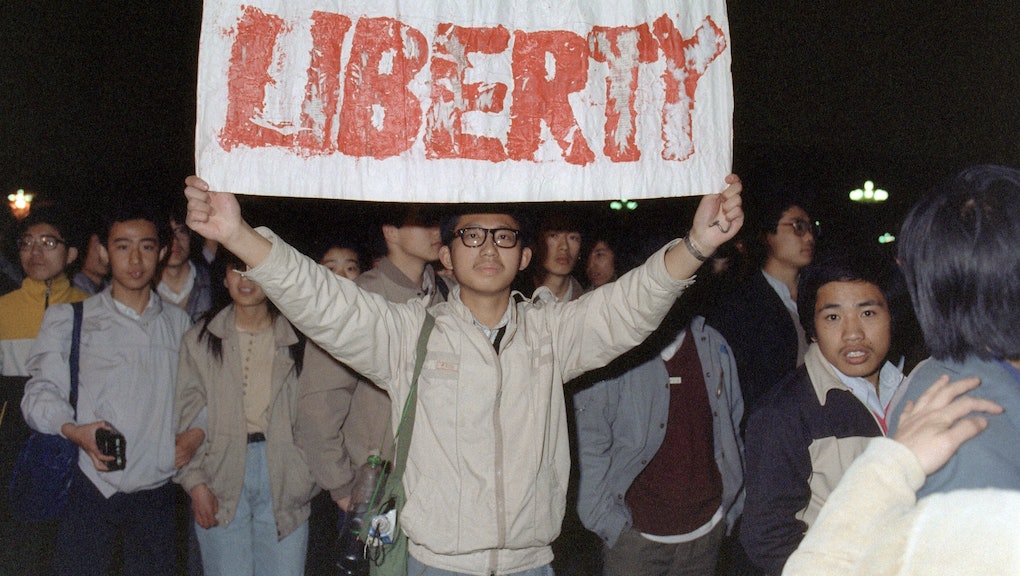 People are mourning the Tiananmen Square massacre on 'Animal Crossing'

When the pandemic struck, forcing people to isolate themselves IRL, Animal Crossing became a cute, unexpectedly effective virtual replacement for communal spaces. Some New Horizons players have turned to harvesting digital crops in the game and selling them for real-world cash to make ends meet during quarantine. Other lucky islanders have traded turnips with celebrities.

Shortly thereafter, Animal Crossing disappeared from Chinese e-commerce sites, like Alibaba’s resale platform Taobao. There was no official explanation for the game’s takedown, but it’s likely related to its rise as a tool for dissent while social-distancing.

This week, Hong Kong cancelled the annual vigil for victims of the 1989 Tiananmen Square massacre for the first time in 30 years. On June 4, 1989, hundreds, if not thousands, of pro-democracy protesters were murdered by Chinese troops in Beijing’s Tiananmen Square. The massacre has been scrubbed from Chinese history books; no official death toll has ever been released, and the Tiananmen Square anniversary isn’t recognized anywhere in mainland China.

Police refused Hong Kong organizers permission to hold a mass gathering this year, blaming the coronavirus pandemic. But the decision holds extra weight, since many feared this year could be the last chance to freely mark the anniversary of the massacre. China recently announced it would impose a national security law in Hong Kong criminalizing “secession, sedition and subversion” in response to last year’s widespread, violent anti-government protests there.

Which is where Animal Crossing comes in: in lieu of a real-life demonstration, players are holding virtual candlelight vigils on their islands. They’re plastering their spaces with images of tanks, pro-democracy slogans and the numbers “8964” signifying June 4, 1989.

The visibility of these gestures of solidarity are limited, of course. That’s probably what the Hong Kong government had in mind when it shut down the vigil this year. In recent years, tens of thousands of people have gathered across Hong Kong to commemorate the Tiananmen Square anniversary. It’s hard to generate the same impact virtually as 100,000 bodies gathered in the same place to further the same goal. But change-makers are creative. In this unprecedented time of global disruption, they’ll continue finding ways to get their message across — on Animal Crossing and elsewhere.