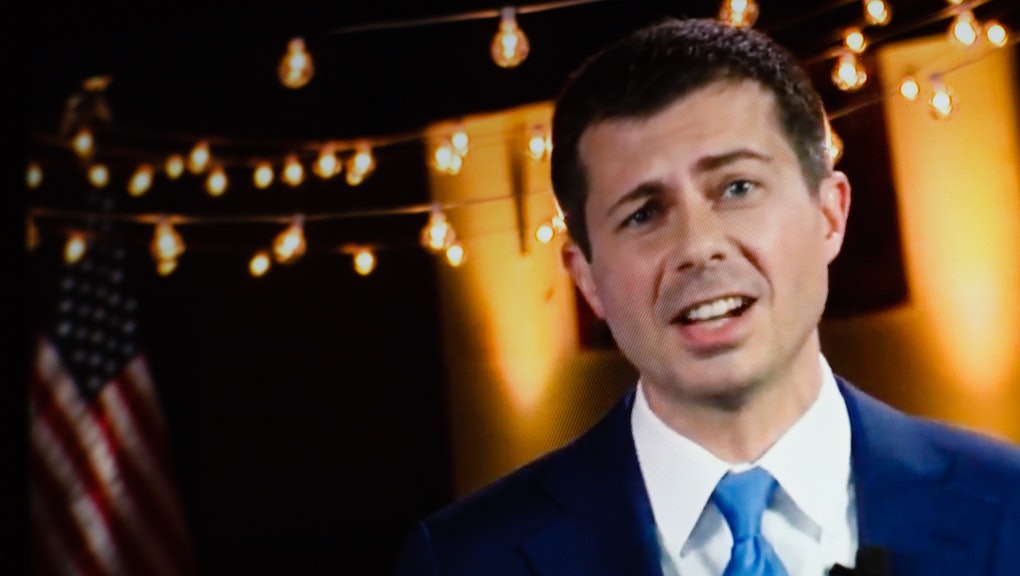 Pete Buttigieg is reportedly under consideration for ambassador to China, for some reason

I'm not quite sure how it happened, but for a stretch there during the Democratic primary (remember that? A lifetime ago) former South Bend, Indiana Mayor Pete Buttigieg was considered a serious contender to be the next president of the United States. And while it's hard to put a finger on just what made Mayor Pete such an appealing candidate for so many voters — was it his history of ghoulish corporate consultancy? His nebulous past as a possible CIA spook? His lukewarm message of incremental compromise? — Buttigieg's stint in the national spotlight has inarguably propelled the one-time mayor of Indiana's fourth-largest city into the upper echelons of American politics.

Now, with President-elect Joe Biden well into the process of putting together his upcoming administration, Buttigieg's meteoric rise through the ranks of Democratic heavyweights seems poised to continue apace, with him reportedly being considered to be the United States's top representative in China — perhaps the most consequential position in the whole of the diplomatic corps outside of the secretary of state itself.

According to sources with knowledge of the Biden team's thinking, Buttigieg is being considered as the next U.S. ambassador to China, after he "signaled to the transition team that he's most interested in the foreign policy or national security realm," Axios reported Tuesday evening.

To which I say: What?

Consider the fact that, as mayor of South Bend, Buttigieg oversaw a municipal staff of around 1,000 employees and dealt with issues like implementing the city's 3-1-1 system and installing a fancy laser-light show. The U.S. diplomatic mission to China, meanwhile, is a sprawling network of international and local staff tasked with maintaining what is likely going to be the defining international relationship of the 21st century. And while exact numbers are hard to find, to get a sense of just how big the diplomatic mission to China is, keep in mind that when the Trump administration shuttered the American consulate in Chengdu this summer, around 200 employees reportedly lost their jobs — and that was a smaller outpost compared to the five remaining U.S. embassies and consulates still operating in China today.

Administrative capacity aside, it's also hard to see what qualifications Buttigieg has that would make him a top candidate for managing America's ... shall we say, "tense," relationship with the planet's other superpower. The previous U.S. ambassador to China, former Iowa Gov. Terry Branstad (R), entered the position with the benefit of a decades-old relationship with Chinese President Xi Jinping, who called Branstad an "old friend." Buttigieg, meanwhile, has scant foreign policy experience outside of his brief military service. To the extent that he does have international expertise, it's largely in the realm of national security focused on Afghanistan and Pakistan.

So why would Biden consider Buttigieg to be his top man in China? One theory put forward by Axios is that it would be a learning experience for Buttigieg, which he could then parlay into an inevitable second run at the White House. That's nice, I suppose. But given the fact that the past four years of U.S.-China relations have been scrambled by Trump's trade wars, viral finger-pointing, and diplomatic tit-for-tatting, wouldn't it make more sense to have a seasoned pro in place to help smooth things over, rather than someone padding their CV for some hypothetical future run and learning on the fly in the meantime?

As Axios notes, Buttigieg is hardly a shoo-in for the position, and is also reportedly being looked at for other international posts outside of China. Wherever he ends up, it seems clear that the Biden administration — and the Democratic Party writ large — plan to keep Mayor Pete around for a long, long time.