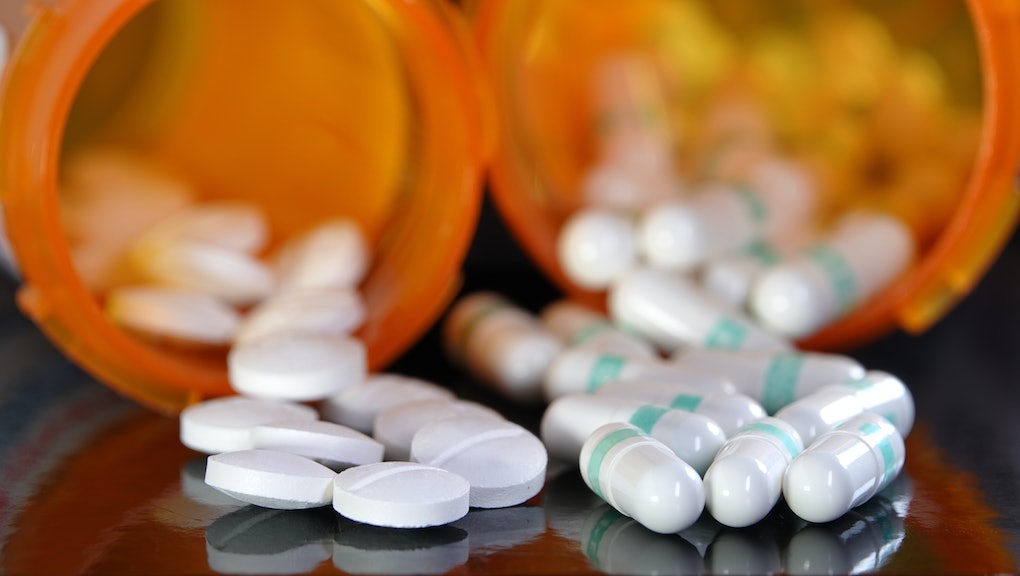 Generic drugs are supposed to be affordable. They are a service to people who can't afford the name brands but still need essential medications for everything from pain relief to allergy prevention. Big drug companies already have the ability to keep these cheaper alternatives off pharmacy shelves for years, but a new report from Kaiser Health News identified a way that drug makers are now using a workaround known as "authorized generics" to limit competition from generic alternatives while keeping prices high and turning a profit.

Typically when a generic version of a drug comes to market, it is only made available after a company's patent protection has expired. That protection lasts for 20 years. After that, other companies can produce alternative versions of the medication. These drugs typically have the same active ingredients, purpose of use, dosage form, strength and intended effect for people who use them but may have slightly different aspects about them. For example, Flonase is a popular brand-name allergy medication but generic alternatives of the drug, fluticasone propionate, are produced and made available under labels like CVS or Walgreens. Generics can use different inactive ingredients to create a different flavors or bring down the cost with cheaper fillers. These modifications have to be tested and approved by the United States Food and Drug Administration before they are allowed to be sold to consumers.

Authorized generics, on the other hand, are identical to the original drug. The formula is the exact same and, crucially, the company that produces it is the same. The only thing that is changed is the fact that the brand name is stripped from the medication. The FDA specifically states that authorized generics are not the same thing as generic drugs.

While drug companies do usually sell authorized generics for less than they do brand name medications despite being identical, authorized generics undermine the purpose of generic medications. True generics give consumers the ability to get necessary drugs at a more accessible price point and provide competition that helps to drive the price of brand name offering down. Authorized generics keep control in the hands of the drug companies. Manufacturers can offer their alternative at a lower price, but the drug company is competing with itself. It has no motivation to bring prices down because it controls both the brand name and the alternative. Bigger pharmaceutical firms are also able to box out true generic alternatives, using a variety of delaying tactics to keep their drugs from coming available and drowning out their marketing efforts to keep control of their market share.

Kaiser Health News documented one instance of this faux competition tactic that occurred earlier this year. A drugmaker called PDL BioPharma had a patent on a blood pressure medication called Tekturna that was set to expire, and a true generic alternative produced by a competing drug company — Anchen Pharmaceuticals — was about to hit the market. Anchen's generic was set to sell for $166 per month, compared to PDL's name-brand version selling for $208 per month. Instead of allowing the generic to completely undercut it, PDL produced its own authorized generic, which it sold for $187 per month. That price point allowed the company to stay competitive against the generic, maintaining profits even as people turned away from the brand-name version and artificially keeping the prices for the drug inflated.

Perhaps the most notable instance of the authorized generic racket occurred with the EpiPen, a life-saving medication needed for people who suffer from deadly allergic reactions. The EpiPen is the product of pharmaceutical giant Mylan and has effectively cornered the market on epinephrine auto-injectors — an accomplishment that can be chalked up in part to brand recognition and in part to a push for laws that incentivized schools to have the medication on hand for students, which made the EpiPen ubiquitous. While having the drug on hand is certainly essential, Mylan took the opportunity to jack up prices. The medication originally cost about $50 per injector in 2007, but the drug maker managed to increase the cost by 400 percent by 2016, charging people $600 for a two-pack of the single-use devices. In response to outrage that was raised over the decision, Mylan took the route of introducing its own authorized generic alternative. It cut the price of the name-brand version in half, charging $300 for a two-pack. Unfortunately, that still put the price at three times what it was less than a decade earlier despite no significant changes to the medication.

These high prices carry a cost for people beyond what they have to pay at the pharmacy. A 2015 report from the National Center for Health Statistics found that nearly one in 10 Americans choose not to take medication prescribed to them because they can't afford them. That number jumps to three out of 10 for households with income under $40,000. Others are forced to choose between affording the drugs and buying groceries or other essentials for the month.

Authorized generics have become an increasingly popular tool of Big Pharma. According to the FDA, there are currently about 1,200 instances of authorized generics on the market in the United States. Meanwhile, even though the FDA has approved more than 1,600 true generic drugs since January 2017, nearly half of them have yet to actually be made available. Kaiser Health News reported that 36 percent of those approved true generics would be the first instance of competition for brand-name medications. That's especially troubling given the fact that the FDA has reported it takes five generic alternatives on the market to drive down the price of the original name brand version by 33 percent. Without competition, drug makers are free to increase prices at will for essential drugs. If those companies are simply allowed to compete with themselves, they'll continue to milk people for as much money as they can, offering only minimal savings while ensuring they are maximizing their profits on necessary and life-saving medications.