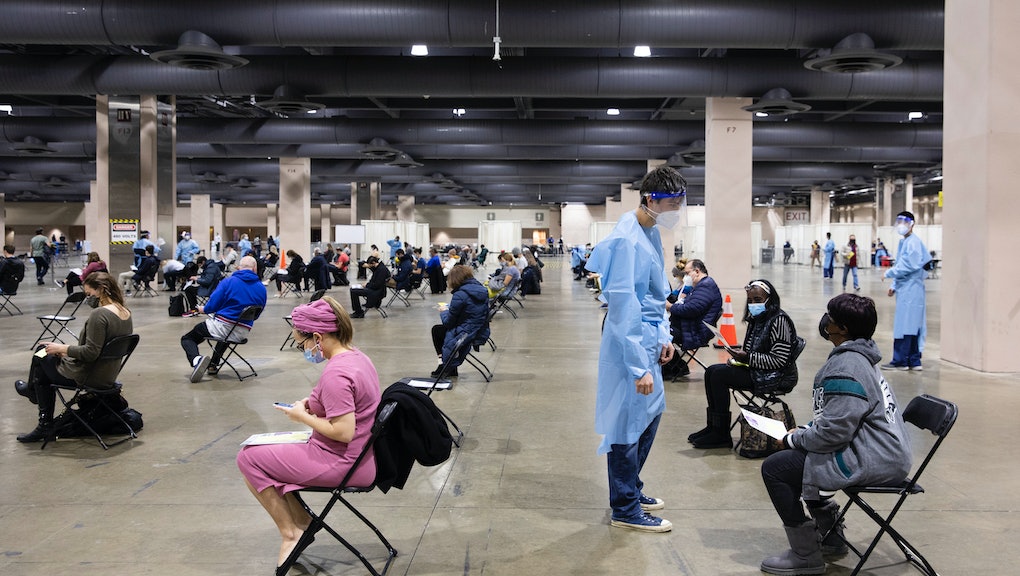 Just two weeks ago, 22-year-old Andrei Doroshin, a Drexel University grad student and entrepreneur, was being touted in the national media for the work Philly Fighting COVID — his for-profit organization — had done to "[create] a system that will allow 1,200 people per day get vaccinated at a rate of 150 vaccinations an hour."

Now, less than one month after partnering with the Philadelphia Department of Public Health to serve as a coronavirus vaccine provider, the group has been dropped by the city, with Doroshin himself admitting Thursday that he'd taken several doses of the COVID-19 vaccine from his pop-up clinic and administered them to friends in his home.

"I am not a nurse," Doroshin told Today's Stephanie Gosk, adding however that he has "undergone our internal certifications."

Doroshin's decision to abscond with the extremely in-demand medication was first noticed by Katrina Lapinsky, a nurse working at the Philly Fighting COVID site this past weekend. Lapinsky tweeted that she saw Doroshin with "a Ziplock bag-full of vaccines. Stuffed them in his bag and left with them."

Doroshin had initially pushed back on the allegation that he'd left with a number of vaccine doses, calling it "baseless" before finally admitting that he had, in fact, taken and administered the injections to his friends. "At the end of the day, we had 100 vaccines that were left over," he insisted to Gosk. "These vaccines were going to go expire."

According to Philadelphia's NPR affiliate WHYY, people had previously been turned away from Philly Fighting COVID's vaccination site, after the group accidentally let an overflow of residents sign up for overbooked inoculation slots. "There were literally 85-year-old, 90-year-old people standing there in tears, with printed appointment confirmations, saying, 'I don't understand why I can’t get vaccinated, I’m 85,'" one witness told the station.

The snafu was made all the more embarrassing considering Doroshin's boasts earlier this month that "we took the entire [vaccine distribution] model and just threw it out the window."

Nevertheless, Doroshin seemed defiant in the face of growing criticism over his handling of vaccine distribution. "I stand by that decision," Doroshin told Today. "I understand that I made that mistake. That is my mistake to carry for the rest of my life. But it is not the mistake of the organization."

Incredibly, the city's decision to end its relationship with Philly Fighting COVID was seemingly unrelated to Doroshin's admitted misuse of the vaccine. Instead, Philadelphia officials explained in a press release, the move came after Doroshin's group transitioned from non-profit to for-profit status without notifying the city — a change that would allow the organization to sell its patient data to outside parties.

"For [Philly Fighting COVID] to have made these changes without discussion with the city is extremely troubling," the city wrote in a press release announcing the severed relationship. "As a result of these concerns, along with PFC’s unexpected stoppage of testing operations, the Health Department has decided to stop providing vaccine to PFC."

If anything, the entire episode serves to highlight the difficulties and challenges communities continue to face when it comes to dispersing what is likely the most sought-after medical procedure on the planet these days. Vaccine rollouts in various states have resulted in website crashes, deep and unanswered confusion over registration procedures, and — in Philly's case — the complications inherent in having to transfer vaccine providers while some patients are still in between doses.

More like this
FEMA said it would reimburse cities for housing homeless people. Most cities ignored the offer
By AJ Dellinger
The EACH Act would overturn a "blatantly racist" abortion rule. Will it pass?
By Clare Busch
COVID vaccine holdouts have a message to lawmakers: Show me the money
By Rafi Schwartz
Stay up to date