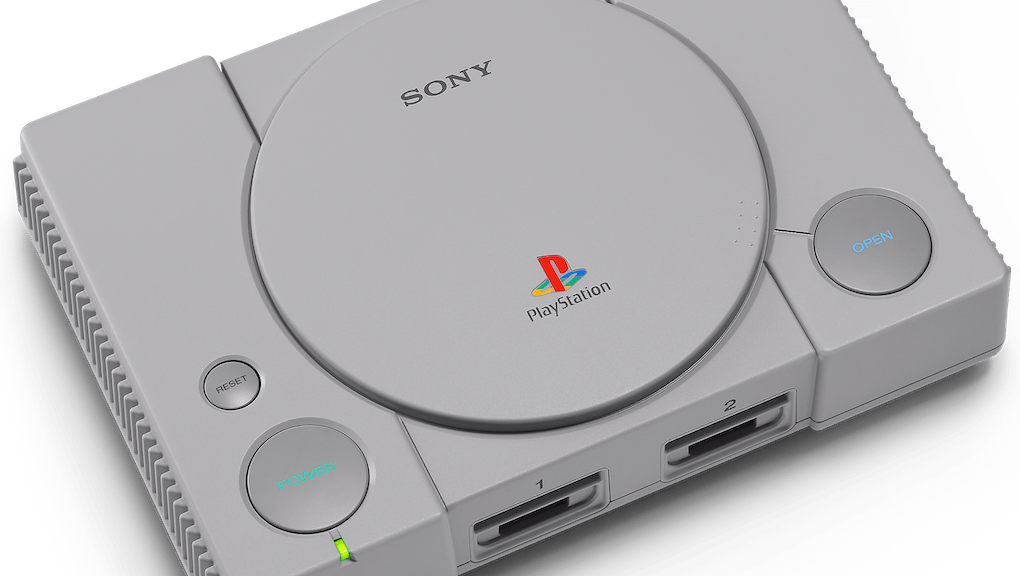 PlayStation 25th anniversary: How the console shaped the future of the game industry

The original Sony PlayStation console is now 25 years old. It may be hard to believe, but as of today, one of the most iconic video game systems of all time has now been around for a quarter of a century. PlayStation officially launched 25 years ago on December 3, 1994 in Japan, with a worldwide release in 1995. Now, we're staring down the PlayStation 5's launch in 2020, which is even more difficult to wrap your head around. Ever since the PlayStation debuted, it set the gaming world on fire, and it continues to make a splash, even today.

The small gray rectangle you may remember sitting by your television as a child (or even an adult) has always been an influential part of the video game industry, from its utilization of disc-based storage for games, the introduction of additional analog sticks on a controller, and even memory cards. In celebration of the console's 25th anniversary, here are the ways the Sony PlayStation shaped the past (and future) of the game industry.

It normalized the concept of disc-based games

While the PlayStation was far from the first system to utilize discs to deliver its games, predated by consoles like the Philips CD-i and the Sega Saturn, it certainly went a long way toward making it the norm. While other consoles at the time, like the Super Nintendo and even Sega's 32X, were largely still dependent on cartridges for their games, Sony came out of the gate swinging with disc-based storage. Nintendo even opted for cartridges when it released the Nintendo 64 two years later.

The PlayStation's onboard processor ensured that hefty cartridges weren't needed for even lengthier games, and the slimmer form factor made it an intriguing, attractive option for consumers. According to Sony Computer Entertainment president Teruhisa Tokunaka in 1996, opting for CD-ROM storage was "one of the most important decisions" that the team made when bringing the console to fruition.

"As I'm sure you understand, PlayStation could just as easily have worked with masked ROM [cartridges]. The 3D engine and everything – the whole PlayStation format – is independent of the media. But for various reasons (including the economies for the consumer, the ease of the manufacturing, inventory control for the trade, and also the software publishers) we deduced that CD-ROM would be the best media for PlayStation," he explained in an interview with now-defunct magazine Next Generation.

Of course, further iterations of PlayStation consoles have continued to use discs for storing titles, and that has become the norm over the years. While some manufacturers have opted for all-digital versions of their systems, such as Microsoft with its Xbox One S All-Digital Edition, it's easy to see how Sony influenced the industry both at the time the PlayStation debuted and for years to come.

It introduced the iconic DualShock Controller, complete with rumble

The original PlayStation controller didn't feature any analog sticks that could be moved in 360-degree directions. All it boasted were the typical up, down, left, and right directional pad buttons that every other model had as well. When the Nintendo 64 debuted in 1996, it brought a single analog stick with it in the center of the controller. Sony did Nintendo one better with the Dual Analog Controller, released in 1997.

Two analog sticks gave players much more precise control over what was happening on-screen, and in fact, 1999's hilarious Ape Escape was designed with the way the sticks could be controlled in mind. With PlayStation's gamble on two analog sticks paying off in terms of how players could interact with their games, Sony kept the same exact controller design for every iteration of the PlayStation thereafter.

The DualShock Controller, a revised version of the Dual Analog Controller, took the double analog stick design and added in vibration for a double whammy of features. Eventually, Sony decided to phase out the Dual Analog Controller completely in favor of the DualShock, and that's what the company has stayed with ever since. It now resembles exactly what anyone might think a controller looks like – both gamers and non-gamers alike. That's how iconic the design has become.

Of course, other manufacturers followed suit. Now, both the Xbox One and Nintendo Switch feature rumble features, as have their previous iterations in the past. It looks like it's very much a PlayStation-centric invention that's here to stay. There have been four different iterations of the controller, with a fifth to come when the PlayStation 5 debuts during the holiday 2020 season.

It introduced memory cards and the joy of transporting saves

The PlayStation's disc-based storage system was a boon for players in many ways. Because the CD-ROMs couldn't be overwritten like a cartridge, you wouldn't be able to save your game data if you wanted to stop playing and continue later. Luckily, Sony had a remedy for this: the memory card.

In a time where it was still common to have to remember level codes and "passwords" to pick up where you left off later, Sony introducing a portable solution to ending a gaming session and coming back to it was huge. The memory card was an inexpensive and affordable accessory that not only worked with any game you threw at it, but you could take it out of your system, take it to a friend's or relative's house, and continue playing as long as you took your game with you (or used their copy).

Now, of course hard drives are built into modern consoles, including newer PlayStation models. But PlayStation kept this tradition going throughout the life of the PlayStation 2, and Nintendo even followed suit with the GameCube. Sony also continued using memory card units in its later handheld devices, such as the PlayStation Portable and PS Vita.

It delivered jaw-dropping graphics and audio

From the moment the PlayStation hit the scene, it was an impressive beast of a console. For gamers who were so used to 2D side-scrolling titles and rudimentary attempts at 3D graphics up until then, setting in with a PlayStation was a mind-blowing experience. The CD drive allowed for more storage of pre-rendered scenes for action-packed narratives, and it allowed for recorded music rather than music generated onboard the console.

The result was more lifelike, orchestral compositions that sounded as though they were ripped from a movie and realistic graphics such as those in Resident Evil and Final Fantasy. Going from Super Nintendo to PlayStation, as many gamers did, was something of a shock to the system considering how much different things actually were.

The PlayStation's capabilities in the aesthetic and aural department were even enough to sway Square, the creator of the Final Fantasy series, to bring the storied RPG series to PlayStation after debuting on the Nintendo Entertainment System. That was a slam dunk for the series at the time, eventually culminating in Final Fantasy VII, one of the most beloved JRPGs of all time.

All of the innovations Sony introduced with the PlayStation continue to influence the landscape of modern gaming as we know it, from the way we control our games to the way they're stored and delivered to gamers around the world. After 25 years of additional innovations over the years, it should be exciting to look forward come 2020 and see where the PlayStation 5 builds on the legacy that's been years in the making.