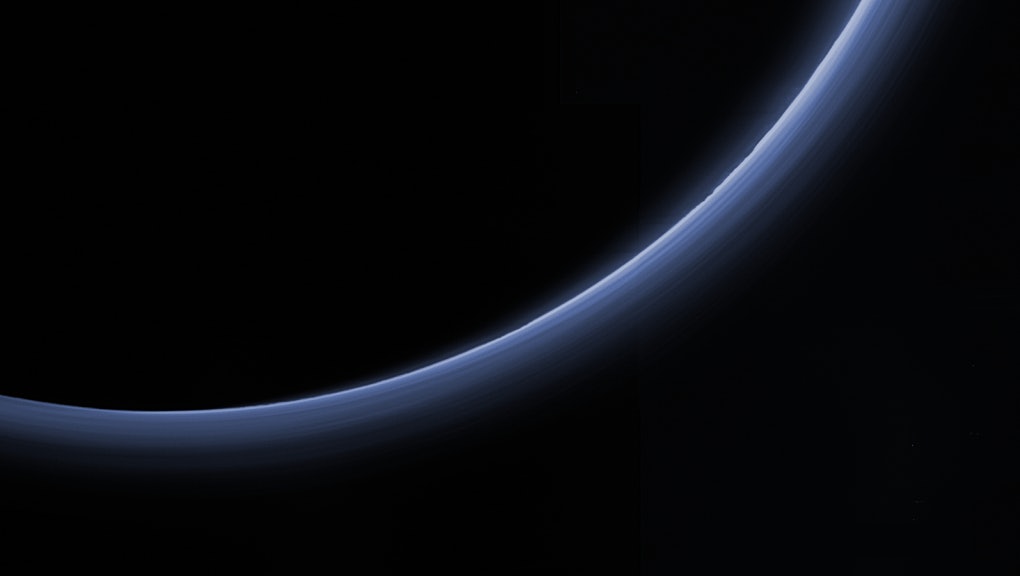 Pluto and its moons are hazier than expected, and scientists are trying to figure out why

When NASA's New Horizons project launched in 2006, its mission was to get up close and personal with the dwarf planet Pluto. It succeeded as far as that endeavor, and offered a new, clearer look at Pluto beyond the fuzzy, much less detailed images we had in the past. But now that scientists have taken a closer look at the data gathered from that trip, and they've come to a realization: Pluto and its moons are still extremely fuzzy. It's all due to haze, but there's one issue with that; researchers aren't exactly sure what the cause of said haze is. Dust? Vapor? It isn't immediately clear at this point.

One hypothesis scientists have been discussing that could potentially answer this question is that the haze on Pluto (as well as Titan, Saturn's largest moon) could be coming from structures on the exoplanet, like dunes, lakes, and seas. The hypothesis is that organic molecules from said structures, after being collected in the clouds, could then be falling from the atmosphere of these exoplanets and moons to form dunes and other geological structures. But it isn't totally clear how this is affecting the planet's surface or how the haze is forming.

"It's surprising that Pluto has this fabulous haze layer," said Bonnie Buratti, a planetary scientist at NASA's Jet Propulsion Laboratory in California. "We talk about Pluto being a new Mars, but it looks like it might be the new Titan as well." Buratti is referencing Pluto's properties that are similar to Mars in terms of as they both share a reddish hue thanks to chemical compounds, with these attributes being shared with Titan.

There's another step from there, and it's to figure out what the haze is actually made of. Buratti has been working to compare date from Pluto, Titan, and even Neptune's moon Triton to try and make sense of these hypotheses to see if there's a "connection" that can be made between the haze and the surface. From there, the hope is that the team can figure out what the haze is comprised of and how it relates to the structures on the surface of these celestial objects.

Using a series of models, the team was able to better model the three worlds for a better understanding of the type of hazes they're covered in. On all three worlds, the consensus is that the haze is made up of smaller, icy particles. On Triton, it's water ice.

Scientists like Buratti believe that this unique type of haze (potentially composed of different materials) could stretch throughout the edge of our solar system. It could end up being a common denominator across exoplanets (like Pluto) and exomoons. For now, there isn't enough data to fully determine the exact origin of the haze nor what it's comprised of, but as researchers continue to glean additional information from what's out there, we'll hopefully have some sort of more concrete findings in the near future.