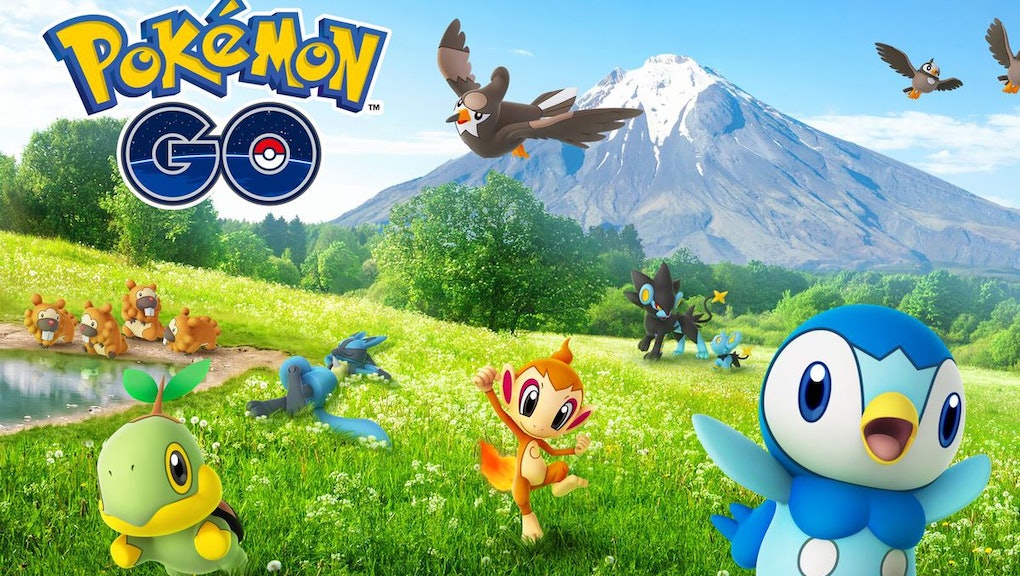 Pokémon Go has gone through several very different phases over the course of its tenure on mobile devices. After launching Pokémon trainer battles at long last following a lengthy period of time where they simply weren't available in-game, Niantic has set its sights on improving Pokemon Go's overall battle experience and continuing to refine the "gotta catch 'em all" monster collecting game, and so far it's done a respectable job of doing just that. The developer is rolling out new features for combat that will require players to swipe on-screen to perform attacks. And while this is a smaller change, it has big implications for how interactive the battles will now be.

Pokémon battles are the core of any Pokémon experience, so the fact that Niantic is working to actively improve them is a great sign. They aren't changing an inordinate amount in Pokémon Go, but just enough so that Instead of simply tapping on icons on-screen now to perform the Charged Attack mechanic in the middle of battle, you'll be asked to swipe across the screen to collect icons in a bit to supercharge your Pokémon's attack. It's a much less frustrating method than hovering over your phone and frantically tapping, which isn't the most comfortable play action to perform.

The upgrades don't stop at improved battle mechanics, either. Niantic has introduced a much simpler, easier-to-understand appraisal system that you can use to obtain information about the Pokémon you've captured. Appraisals will now include your Pokémon's IV information (Individual Values) along with three progress bars: Attack, Defense, and HP. If they're partially full, they'll remain orange. Otherwise, they'll turn red. You can tap the screen to switch through monsters and check out your entire team this way.

With upgraded battle mechanics also come new folks to jump into combat with, too. With the latest update, you'll be able to battle against Team Go Rocket characters as you come across them, and make an attempt at catching any shadow Pokémon left in your wake. This gives you additional opportunities to test your prowess in battle as well as add new Pokémon to your collection. When you defeat the shadow Pokémon, it's yours to keep.

Team Go Rocket is an organization in-game that's been part of a larger "invasion" event where the villainous trainers would take over a PokéStop on the map. To use the PokéStop or have access to the area, players would have to face Team Go Rocket's Shadow Pokémon. If you defeat them, they'll simply abandon the monster. With the update, you'll now have the chance to catch the Pokémon and then "purify" the Pokémon so you can use it in future battles like a regular monster you capture elsewhere. That's great news for your Pokédex, naturally, and even better news for anyone looking for more ways to keep coming back to the game after accomplishing pretty much all it has to offer.

Niantic has stated in the past that it's working to continue improving the battle experience, noting specific attacks that will soon be coming to the game such as Vileplume's Sludge Bomb and Alolan Raichu's Grass Knot. There have also been new attacks unique to Pokémon Go added to the game, which can only be used there. You won't find these moves in the console games, and that fact should make mobile players feel kind of special, knowing it's their turn for exclusive content. It also means that Niantic is dead-set on continuing to debut new content for eager trainers.

The update hasn't been rolled out to every user just yet, as Pokémon Go tends to receive new content in waves – all changes to the game won't be live immediately for everyone – but they should slowly trickle out to all users over the next few days. In the meantime, you might want to read up on the intriguing Pokémon Sleep, which could very well revolutionize the way we think about catching Pokémon – all while we slumber.

More like this
The ethics of solar power are more complicated than you think
By Vanessa Taylor
He made a cryptocurrency called SCAM. Now he's trying to make it legit
By AJ Dellinger
Why is Facebook this confused over letting Donald Trump back?
By Rafi Schwartz
Stay up to date