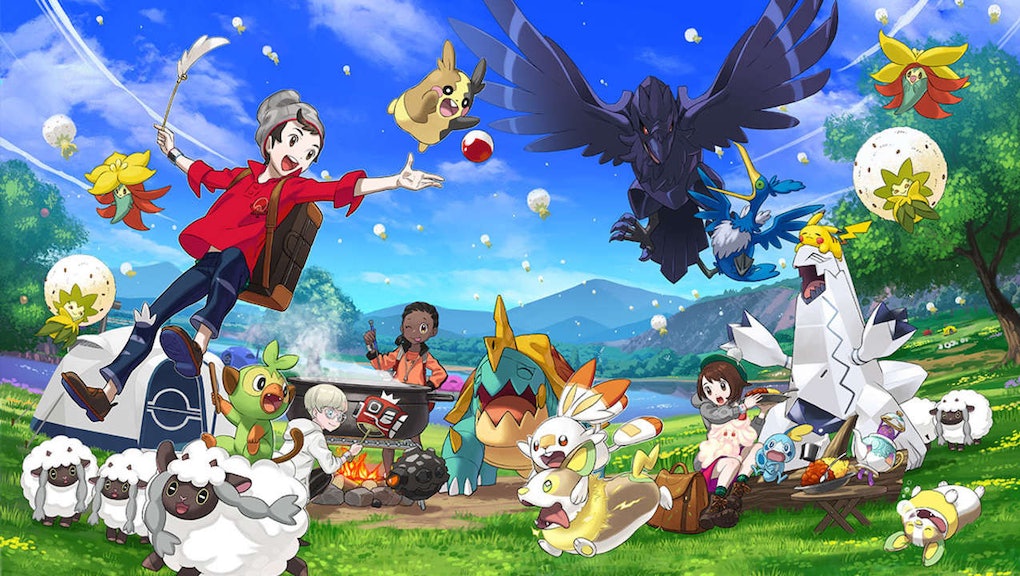 The first next-gen Nintendo Switch-exclusive games in the Pokémon series, Pokémon Sword and Shield, are about to debut on Friday, November 15. Critics have already spent a few weeks with the games, however, and dozens of reviews have finally hit the internet. While there are several mostly-positive reviews, it looks like not every Pokémon fan was particularly enamored with the latest entries, which were supposed to represent the best of Pokémon thus far on a new console.

Currently, the games' Metacritic score is sitting at an 81, out of 18 reviews, with several of the same complaints echoing throughout each critique. What do critics really think about Pokémon Sword and Shield? What is there to like about the games, and what are people taking issue with? We've got all the answers you're looking for right here so you can make the best buying decision possible.

What do critics like about Pokémon Sword and Shield?

In Kotaku's review, Gita Jackson specifically named the games' Wild Area, where Pokémon of much higher levels than the ones on players' teams roam, as an area she enjoyed playing in best.

"There is a chance that if you go out into the Wild Area, you will just see all your monsters faint as they’re swiped at by a gigantic, terrifying raven," she wrote. "It’s how I imagined the Pokémon world as a kid: teeming with life and an undertone of danger."

IGN's Casey DeFreitas praised the game's decision to do away with random Pokémon encounters in favor of having monsters roam around on the screen, as they did in Pokémon Let's Go, Pikachu and Eevee.

"If you don’t touch them, you don’t fight them; simple as that," Casey explained. "No longer is every walk across the map like putting on a blindfold and taking a stroll through a minefield.

"I will not miss the unpredictable punishments in the form of a neverending assault of Zubat," Casey joked. Zubat have indeed been the scourge of many a Pokémon fan for years, so it's good to hear that this isn't an issue so much anymore.

GameSpot's Kallie Plagge praised the new Dynamaxing mechanic and the rewards that come with doing so.

"Raid Pokémon can vary from run-of-the-mill, easy-to-catch Pokémon to ones that are incredibly hard to find in the wild, but regardless, the rewards are fantastic; completing a raid, even if the Pokémon escapes and you fail to catch it, nets you tons of rare and important items."

GamesRadar's Sam Loveridge called the games' attention to detail "impeccable," and the "most beautiful in the series." She also noted how the game makes players feel, which is something entries have often struggled with: giving them a way to really live out their Pokémon fantasies in game form.

"It makes you feel like a celebrity, the ultimate Pokémon trainer, and kind of how I've been feeling in my head playing Pokémon games since the days of Red and Blue."

What did critics not like about Pokémon Sword and Shield?

Game Informer's Brian Shea was disappointed by the fact that not every species of Pokémon was included in the games, addressing the elephant in the room. It's no secret by now that developer Game Freak cut a significant amount of Pokémon from the games, and fans have been upset about this as leaks have sprang out into the public eye.

"It’s disappointing to have so many classic and fan-favorite creatures missing from this game’s Pokédex, but with hundreds of creatures to catch and add to my party, it didn’t significantly impact my experience," he wrote.

VG247 took issue with the way the game looked, lamenting that some of it looked "unfinished."

"This whiplash-inducing back-and-forth is everywhere. Some cutscenes look the best Pokémon ever has," wrote reviewer Alex Donaldson. "Characters gesture, camera angles swish about – and then in others, canned animations play out in a way that looks a bit like a first draft, a version of the scene designed to set the camera blocking and little else." He explained that it ultimately looked better in handheld mode, but didn't offer touch screen compatibility at all — an odd choice for the Switch.

"This sort of thing leaves one wondering if the development team simply ran out of time; if there were plans for more bespoke battle backgrounds that got pushed aside as the realities of HD development became clear."

Metro GameCentral was bothered by the game's overall inability to push forward and innovate.

"Pokémon is such an intrinsically entertaining concept it’s infuriating to see it not reach its full potential. On portable consoles it usually did but it is not making anything close to full use of the Switch. Even if you ignore the technical issues there’s a distinct lack of new features beyond Dynamaxing and the Wild Area, with no other major gimmicks or complications."

When it's all said and done, critics appear split right down the middle on many of the game's components. It looks like this iteration of Pokémon may be better suited for players to make up their own minds on. With its debut just days away, hardcore trainers will have to weigh both sides of the story and figure out whether or not this is a journey they're willing to take. Given that the new tagline should really be "gotta catch 'some of them'," it may be that some players end up skipping out.